African countries are fighting an addiction

Africa is the only continent that imports more food than it produces. Down To Earth brings ground report from 10 African countries to assess steps taken to become self-sufficient in food 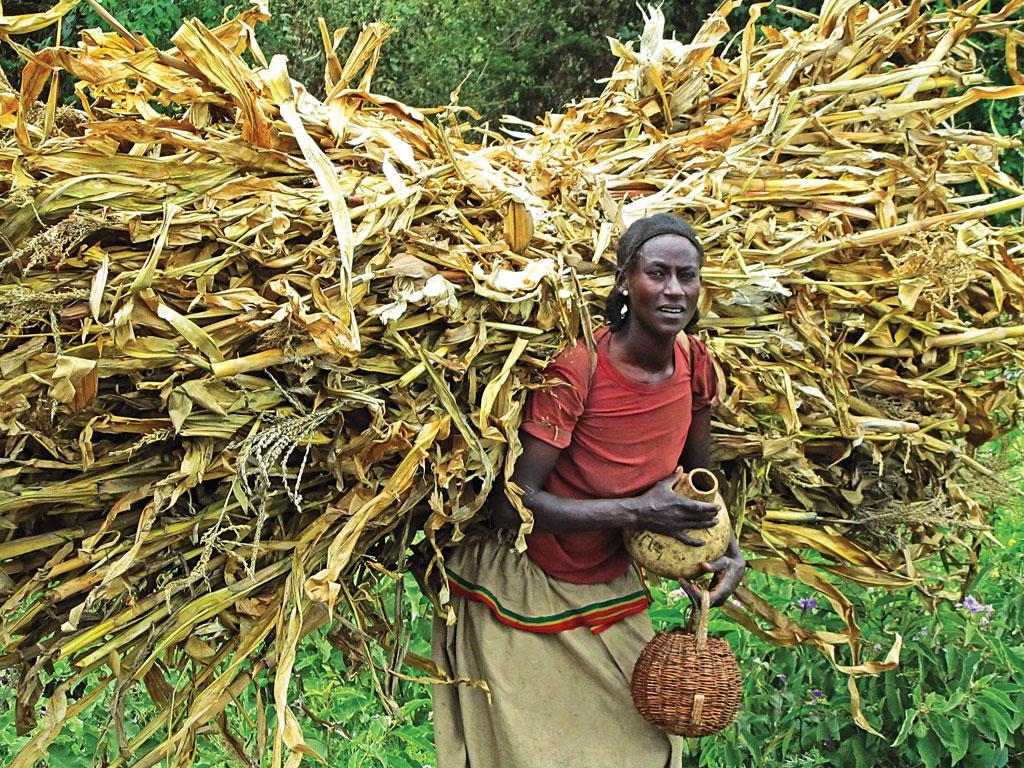 In just two decades, Zimbabwe has become a net importer of maize, a staple crop. The country imports over 80 per cent of all its foods (Photographs: Creative Commons)

African countries are fighting an addiction: import of food items, which happens at the cost of domestic farmers. Despite the unprecedented import volumes, the continent faces famine and extreme food insecurity. Countries have started taking definitive steps to become self-sufficient in food, but the transition could be counter-productive if it is not backed by investments in agricultural infrastructure and measures to improve soil quality.

When Charles Tawazadza, a farmer in eastern Zimbabwe’s Middle Sabi area, tried to borrow money from the bank to finance his farming business, the bank rejected his application. He has land but doesn’t have title deeds to use as collateral for the loan. Tawazadza is one of the thousands of beneficiaries of President Robert Mugabe’s controversial land reform programme launched in 2000.

The programme brought Zimbabwe’s once vibrant agricultural sector to its knees. The government seized farms from up to 4,000 commercial white farmers but most of it was distributed to members of the ruling party. Mugabe argued that the programme was necessary to address the colonial imbalances that saw minority white farmers controlling the country’s prime agricultural lands. But this terribly disrupted the agriculture economy. Before this reform, farmers of the Middle Sabi area met the country’s wheat requirements; but not anymore. In just two decades, the country has become a net importer of basic crops, such as maize, which is imported from as far as Brazil and Mexico. Chronic drought and unpredictable weather due to climate change compounded the problem. Zimbabwe is no longer southern Africa’s breadbasket.

Since financial resources are limited, most farms have been lying fallow. These include big farms, which once earned millions of dollars by exporting crops like sweet corn and baby corn, a variety of beans and horticultural products like Kondozi in Manicaland province. This has pushed the country into the import trap.

Eddie Cross, the country’s leading economist and agriculture expert says the country’s agricultural output is down by about 70 per cent and Zimbabwe is importing over 80 per cent of all its foods, which are now priced at import parity. Zimbabwe’s food import bill ballooned to more than US$1.5 billion at the height of the El Niño-induced drought in 2016, according to the country’s Vice President Emmerson Mnangagwa.

Cross says if all food imports could be produced locally, the benefits would be huge. “Replacing the import means creating 0.35 million jobs locally and saving some US$2.5 billion per annum in foreign exchange.” Take the case of the lucrative poultry business. Enock Mbendani of the Manicaland Poultry Producers Association, a group of poultry producers in Manicaland province, says there are enough locally produced poultry products for domestic consumption; but they are more costly than the imported ones.

Due to the rising food import bill, there have been some efforts to make farming tenable again. But they have failed due to corruption and abuse of government facilities. For instance, in 2007, through the Reserve Bank of Zimbabwe, the government introduced the Farm Mechanisation Scheme, but it failed because most farm mechanisation resources were given to the political elite.

And late last year, the government came up with another programme, the Targeted Command Agriculture, aimed to ensure food self-sufficiency. Under the three-year-scheme, targeted farmers are given agricultural inputs by the government, with each participating farmer committing 5 tonnes of maize per hectare towards repayment of loans. Though originally the Targeted Command Agriculture, spearheaded by Vice President Mnangagwa, targeted maize production, it has also been extended to livestock production, wheat farming and fishery. “Command Agriculture is a policy intervention by the government informed by the imperative to substitute grain imports through increased agricultural production and productivity, thereby revitalising various agro-processing value chains and helping the country to re-industrialise,” Mnangagwa said during a public lecture at Midlands State University in Zimbabwe’s city of Gweru early this year.