Despite a rain deficit, connectivity is affected due to heavy landslides on critical roads connecting the remote Himalayan state with the rest of the world 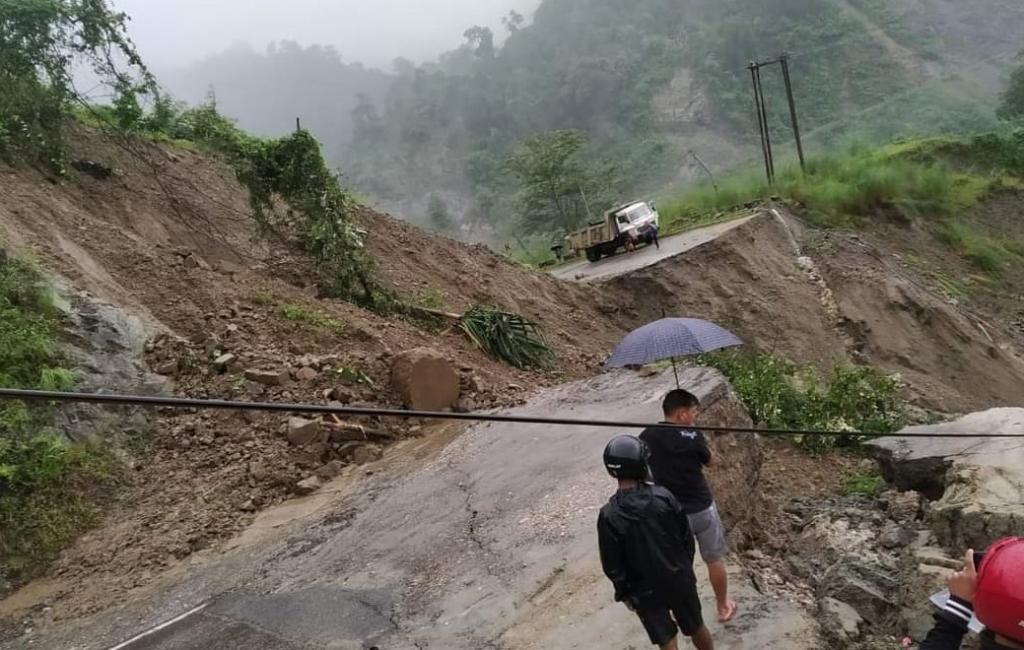 Officially, North East India is experiencing yet another dry monsoon like the last 21 years. However, massive landslides have severed the connectivity of at least three districts in central Arunachal Pradesh. They have also affected the connectivity on the trans-Arunachal highway, an ambitious project initiated by the Narendra Modi government.

According to meteorologists, despite a rainfall deficit of 36 per cent in Arunachal Pradesh, the interaction between the Himalayan foothills and the monsoon trough caused the heavy rainfall, which has been routinely observed in the northeastern region for years.

“Unlike low pressure systems that brings monsoon to the Indian mainland, in the northeastern region, the topography plays a crucial role which leads to heavy rainfall,” Sunit Das, a scientist with the India Meteorologist Department (IMD)’s regional office in Guwahati told Down To Earth (DTE).

According to the forecasts issued by IMD in April as well as June, almost 95 per cent of North East India would experience below-average rainfall.

“Monsoons are characterised by dry and wet spells. In the northeastern region, as predicted by IMD this year, there have been extended dry periods which have led to the deficit. It has been happening over the last several years,” Das added.

According to the IMD, the cumulative rainfall in Arunachal Pradesh from June 1 had been largely deficient. Only three districts — East Kameng, Papum-Pare and Lower Dibang Valley — have received excess, normal and excess normal.

However, between August 1 and August 16, at least nine districts in the state have recorded excess, large excess or normal rainfall.

Kimmy Singh, the deputy commissioner of East Siang district located in the Himalayan foothills, said heavy rainfall started there between August 12 and August 13.

“A portion of National Highway (NH) 13, connecting Pasighat (East Siang), Pangin (Siang) and Aalo (West Siang), was swept away by a landslide due to heavy rain,” Singh told Down To Earth (DTE).

NH 13 is part of the 2,407-kilometre trans-Arunachal highway that aims to connect remote regions of the hilly state.

Currently, NH 13 runs from Tawang in western Arunachal Pradesh to Wakro in the southeastern part of the state, close to the Myanmar border, spanning about 1,800 kilometres.

The Indian government has already started the process of two-laning the highway along a treacherous and remote stretch.

Singh said there was no new construction activity on NH 13. “The highway passes through a maze of areas with sinkholes. Several rapids pass through this area, especially during the monsoon season, which may have caused the landslide,” the official added.

As of now, the district administration, with the support of local organisations, is trying to find an alternative route to ferry people and goods. The East Siang administration estimated that connectivity would be restored within two or three days.

District officials told DTE that two other landslides on NH 13 between Likabali (Lower Siang) and Basar (Lepa Rada district) and on the road connecting Tuting in Upper Siang district, have blocked the access to these towns.

“However, our administration is coordinating with all the agencies which includes the National Highways and Infrastructure Development Corporation, Border Roads Organization and the local Public Works Department to restore connectivity,” an official from Lepa Rada said.

Earlier in June, a massive landslide had disrupted the connectivity between Aalo and Pasighat on NH 13 for at least 15 days.

Tasik Pangkam, president of the Siang Indigenous Farmers’ Forum based in Yingkiong, the district headquarters of the Upper Siang district however told DTE that the landslides had made the people in these districts dependent on the roads, vulnerable.

He added that landslides were fairly common during the monsoon but now 70-100 metres of the roads, which were not even a decade old, had been washed away by heavy rainfall.

“In our district, there are about 70-80 critical COVID-19 patients, who might need transport. With these roads gone at least for a week, these people will be vulnerable,” he said.