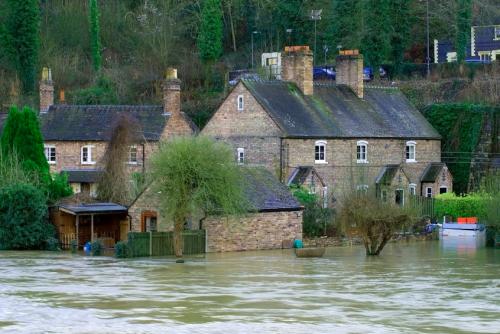 A major new climate policy was announced by the UK government on June 30, almost unnoticed in the Brexit aftermath. The media’s focus on Westminster backstabbing meant the country’s latest “carbon budget”, widely heralded as unambiguously good news for the environment, hasn’t had the scrutiny it deserves.

The “Fifth Carbon Budget” effectively commits the UK to reducing emissions by 57% from 1990 levels by sometime between 2028 and 2032. These budgets serve as five-year “stepping stones” towards achieving an 80% reduction of greenhouse gas emissions from 1990 levels by 2050 – the ultimate aim of the 2008 Climate Change Act. Budgets are determined years in advance to enable the required policy planning.

A 57% cut sounds great doesn’t it? The problem is that the Paris climate agreement hugely increased levels of ambition. This budget no longer ensures the UK is doing its fair share globally to prevent dangerous climate change.

To recap: in December 2015, 174 states and the EU signed an international agreement aiming to limit global temperature rises to “well below 2°C above pre-industrial levels”. It also called for intensified efforts to limit rises at 1.5°C, acknowledging that this would considerably reduce the risk of dangerous climate change.

But the UK government sets its carbon budgets in consultation with the advisory Committee on Climate Change (CCC), which aims only for a 50% probability of achieving a 2°C limit.

Hence, if every country followed the UK’s lead there is already an “about as likely as not” chance of a 2°C future. The increased ambition of the Paris agreement, in this sense, compels the UK government to revise its budgets and aim for more stringent targets.

The basic science behind carbon budgets is this: for every tonne of carbon emitted into the atmosphere, mostly thanks to fossil fuels, there is an equivalent rise in temperature. The IPCC estimates that we have already emitted 65% of the carbon that is likely to result in a 2°C rise. Lots of fossil fuels remain in the ground, and the more we burn, the more the world will warm. To keep warming below 2°C we need to ensure that our global emissions of carbon remain below a certain level, or “budget”.

There’s no internationally-agreed approach to sharing the available carbon budget. However, many feel the UK should pursue more ambitious targets than most, reflecting its outsized historical responsibility for climate change.

The CCC’s advice is based on the principle of contraction and convergence, whereby the global carbon budget is distributed equally across nations in accordance with every person having an equal right to “carbon space” by 2050. UK emissions per capita would need to reduce, whereas emissions in the least industrialised countries would have room to grow, albeit not even close to current British levels.

If the remaining global budget – one that would give us a 66% probability of staying below 2°C – is apportioned on an equal per capita basis determined by today’s population, we calculate the UK’s cumulative carbon budget from 2011 through until 2100 would be in the region of 9 gigatonnes of greenhouse gases. If the intention is to achieve 1.5°C, the budget would be significantly less.

However, we estimate current UK carbon budgets will mean nearly 15 gigatonnes of emissions from 2011 onwards – that’s 60% higher than an equal share.

The UK consumes more than it produces

So the UK is set to emit far more than its fair share, even under the latest budget restrictions. Yet on top of this, industrialised countries such as Britain tend to benefit from the way emissions are calculated: carbon budgets focus on the emissions produced, not consumed.

While emissions produced within the UK’s territory – by its factories, power plants, cars and so on – are declining, emissions driven by UK consumption are rising. These consumption-based emissions include all the carbon released when making clothes, phones or cars imported to the UK, while excluding gases emitted in the production of British exports. As the UK consumes lots, but actually makes relatively little, its emissions are effectively outsourced.

A government enquiry four years ago stated that “the UK has to address its consumption if it is to make an effective contribution to a global reduction of greenhouse gas emissions”, but this hasn’t materialised in practice. Neither the Paris agreement nor the individual national pledges explicitly refer to consumption emissions, while budgets are still attributed to a country’s territory. Yet Paris is too ambitious to be achieved without addressing demand through appropriate consumption-related policies.

A greater emphasis on demand reduction

The UK is already set to fail to meet its Fourth Carbon Budget with the shortfall increasing the fifth time round. After a £1 billion competition to incentivise carbon capture and storage (CCS) was abandoned, the country’s climate policies now rely largely on an unprecedented boost in wind farms, solar energy and biomass power, and are likely to require extracting carbon directly from the atmosphere using risky and unproven technologies.

While huge wind farms, tidal lagoons and so on are headline-grabbing projects, there needs to be much greater emphasis on the often-overlooked topic of reducing energy demand – it’s immediate, effective and low risk.

Uncertainty in times of Brexit

There is a danger that climate and energy policy could be caught up in the political turmoil caused by the Brexit vote. Climate experts had already warned a vote to leave the EU would harm existing environmental policies, after all.

The government should not only continue honouring its existing commitments, but also intensify its level of ambition. This would allow the UK to ease worries generated by its exit and keep demonstrating its global leadership in climate change – even in the post-Brexit era.