After US, rising sea level may soon gobble up an entire island in Canada 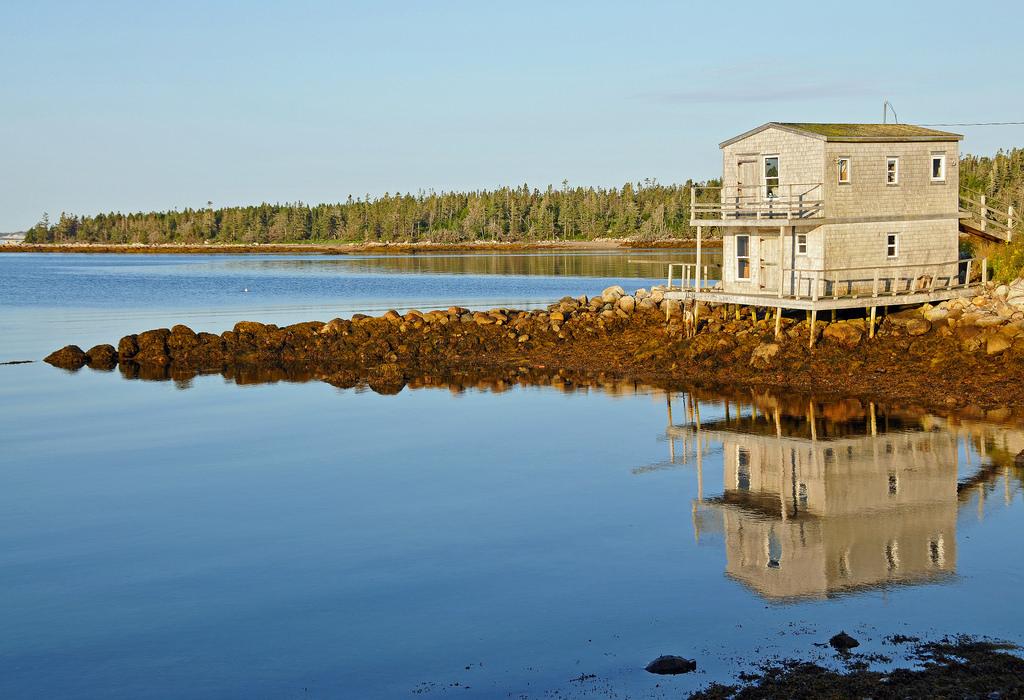 Lennox Island is vulnerable to coastal erosion because it’s made of sand and sandstone and lacks hard bedrock. Credit: Dennis Jarvis/ Flicker

Lennox Island, on the east coast of Canada, is drastically changing its character as the place has started seeing warmer winter and rising sea level. Between 1880 and 2015, the area of the island shrunk from 1,520 acres to 1,100 acres, indicating more than 300 football fields worth of land have been gobbled up by the sea within the span of a few generations. While the island is experiencing fiercer and more frequent storms, the warmer winters are gnawing at the ice cover that has traditionally protected the shores for months.

Is the Canadian island going to suffer the same fate as the vanishing island in Louisiana in the US? The possibility can’t be ruled out.

It is to be noted that Lennox Island is vulnerable to coastal erosion because it’s made of sand and sandstone and lacks hard bedrock. In this low-lying island, sacred burial grounds have started getting washed away and baseball courts are already under the water. Homes, which were once comfortably elevated, now look dangerously close to the sea.

Every year, the Lennox Island is losing about a hectare (2.47 acres), indicating what impact climate change could have around the world in future. According to Adam Fenech, director of the Climate Research Lab at the University of Prince Edward Island, sea levels could rise as much as three metres in the next 50 years. If that happens, half of the island could come under water.

On average, the Lennox Island is just four metres above sea level. However, it is eroding twice as fast as the rest of Prince Edward Island. This low-lying island is known for growing blueberries and the region has a sacred value to the Mi'kmaq community.

Climate change denial persists in Canada with the previous government pulling out of the Kyoto protocol in 2011. While the rest of the country continues to debate the need for climate action, this community has already commissioned a series of computer simulations to understand the full impact of climate change on their land.

They have started weighing different options to determine how best to save the island. As a last resort, the community is exploring the possibility of developing a few pieces of property on Prince Edward Island.