Agricultural mechanisation can be sustainable in sub-Saharan Africa 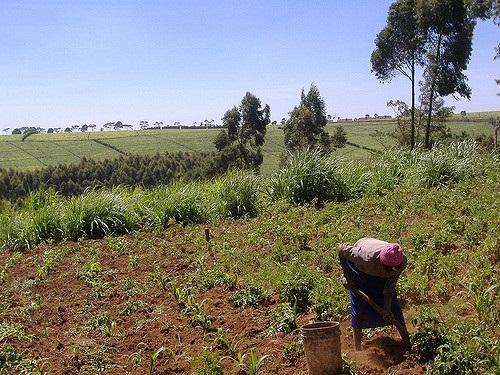 A Food and Agriculture Organization report says mechanisation of farms in Africa can be achieved in conjunction with the Save and Grow technique.

This unique practice consists of a set of practices that advocate natural ecosystem processes to “produce more with less”, keeping in mind the Sustainable Development Goal of ending hunger by 2030.

Save and Grow focuses on conservation agriculture, maintenance of soil health, selection of crops with higher-yield potential and greater resistance to climate change, efficient water management and pest control. It has been advocated by the UN food agency to grow crops, especially the world’s major cereals—rice, wheat and maize.

According to the report, agricultural mechanisation has been neglected for small-holder farmers in sub-Saharan Africa (SSA). “It should be seen as an integral part of sustainable crop production intensification based on good agronomic principles and practices. When we specifically refer to sustainable mechanisation, we look beyond the agronomic factors to include social and economic aspects,” Josef Kienzle, agricultural engineer, FAO, said.

“It is the type of jobs that no young person usually likes to do. There is an ongoing rural-urban migration due to the unavailability of modern agricultural mechanisation technologies. But it alone is not the way to increase production. However, sustainable agricultural mechanisation plays a key role in achieving the goal of zero hunger in Africa,” Kienzle, also the report’s chief author, told Down To Earth.

Save and Grow lays stress on conservation agriculture, which is a global concept that is based on three principles: reducing tillage or ploughing practices to the minimum, emphasising the role of soil cover for protecting soils from wind, heavy rains and sun impact and practising a useful crop rotation.

Protecting soil cover is essential in Africa as a recent report published in Down To Earth points out that desertification has turned out to be a big challenge for Africa, seriously undermining its efforts in sustainable soil management. According to FAO, more than a quarter of sub-Saharan Africa’s people are undernourished. Crop production will need to increase by 260 per cent by 2050 to feed the continent’s population. Better land management practice is one of the ways to fight climate change and increase resilience of farming systems in the continent.

It is predicted that the global population will reach 9 billion by 2050 and exceed 11 billion by the end of the century. Africa, the second most populous continent in the world with over a billion inhabitants, will double its population size in the next 35 years and touch over 4 billion by 2100. SSA will account for the majority of the increase in population, as fertility rates in the region are among the highest in the world.

Farmers’ fields are also facing the effects of climate change, but they will also need to increase crop production. “With precision planters and fertilizer applicators it is possible to use agricultural inputs (seeds, fertilisers and pesticides) more efficiently and effectively. It is also possible to work on farm lands with less power (smaller tractors). It is now commonly known that intensive ploughing is counter-productive to soil fertility and may even cause soil erosion, especially in times of climate change, with unpredictable heavy rainfall or drought spells,” the FAO expert said.

The reports points out the increasing feminisation of smallholder agriculture, especially in SSA, as women are increasingly left in charge of the family farms while men migrate to cities.

Women farmers provide the majority of farm labour. Men have already migrated in substantial numbers to urban areas to seek alternative employment. So, women are already taking care of small farms at home. “A well-organised, possibly private sector-driven mechanisation services centre will have to provide support to women farmers to complete the farm work in time to achieve desired yields and income,” Kienzle added.