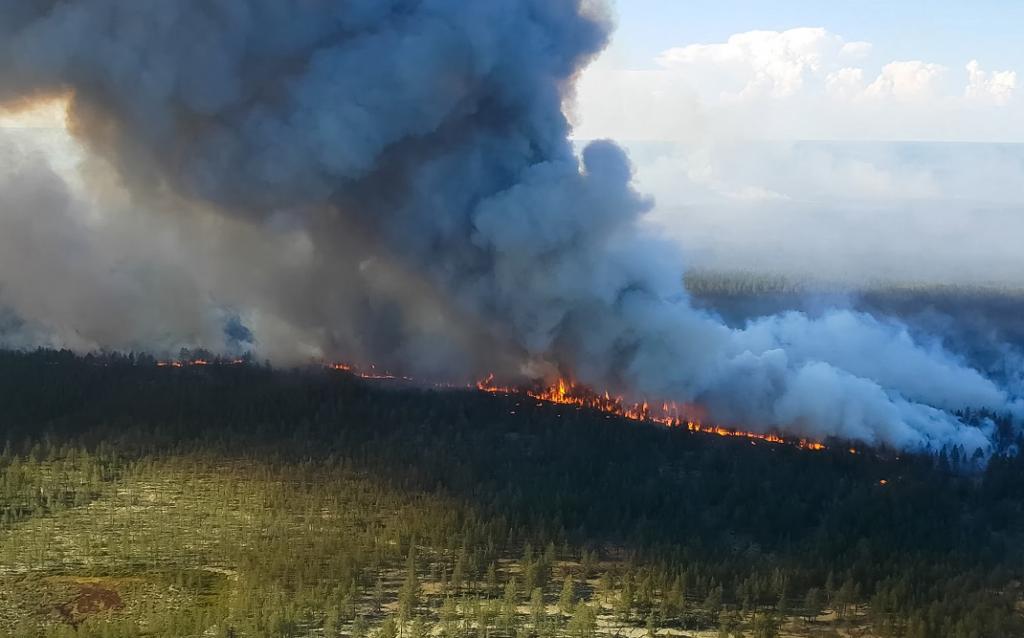 Fires triggered in Arctic forests by rising temperatures, in turn, caused by global warming can lead the world deeper into crisis. They can release large amounts of carbon dioxide and methane from thawing permafrost peatlands, thus defeating climate goals, according to a study published by Science November 3, 2022.

Around 4.7 million hectares (mha) of the Arctic was burned down due to forest fires in 2019 and 2020. This was equal to 44 per cent of the total burned area in the Siberian Arctic in the last 38 years.

The carbon emissions from burning were estimated to be at around 146 million tonnes of carbon in just two years (2019 and 2020).

Between 1982 and 2020, around 12.97 million hectares burned in the Arctic, with the Siberian Arctic — a region with continuous permafrost — accounting for 71 per cent of this burned area.

The rise in temperatures in the region may lead to recurrence of large fires in the Arctic even before we hit the 2050s. The researchers studied the Siberian Arctic and found the frequency of fire to be increasing.

The annual mean temperature of the Arctic has increased by more than two degrees Celsius (°C) compared to that of the pre-industrial era, and is expected to rise 3.3° to 10°C, above the 1985-2014 average by 2100.

The authors of the study further fear that while wildfires are common in the Arctic and Subarctic, their size, frequency and intensity may increase as the climate warms, giving rise to more extreme weather, like that of 2020 in the region.

The conditions that affected the Arctic fire seasons of 2019 and 2020 in the Siberian Arctic have shown links between climatic factors and burn extent, and may be indicators of changes in fire regimes expected by the end of the century.

They evaluated how these factors have varied over the past four decades and their relationships with satellite-derived estimates of annual burned areas.

The four years with the largest mapped burned areas — 2001, 2018, 2019, and 2020 — had a mean summer air temperature greater than 10°C, showing a clear relation between air temperatures and fire areas.

The researchers also found that an association between higher temperatures, longer growing season, and greener vegetation led to fires.

The increasing vulnerability to drought is amplified by extreme heatwaves that reduce moisture and cause dryness in plants, increasing the severity of burning.

The study further added that while lightning is infrequent at high latitudes, it is expected to increase as the climate warms. Global warming hence poses a dual threat in the Arctic — increasing susceptibility of peatlands and vegetation to fires and increase in the number of lightning-caused ignitions.