World’s coldest regions have been on fire in 2021, even in winter: Copernicus

Wildfires in 2021 mostly occurred in Siberia, North America, North Africa and the Mediterranean 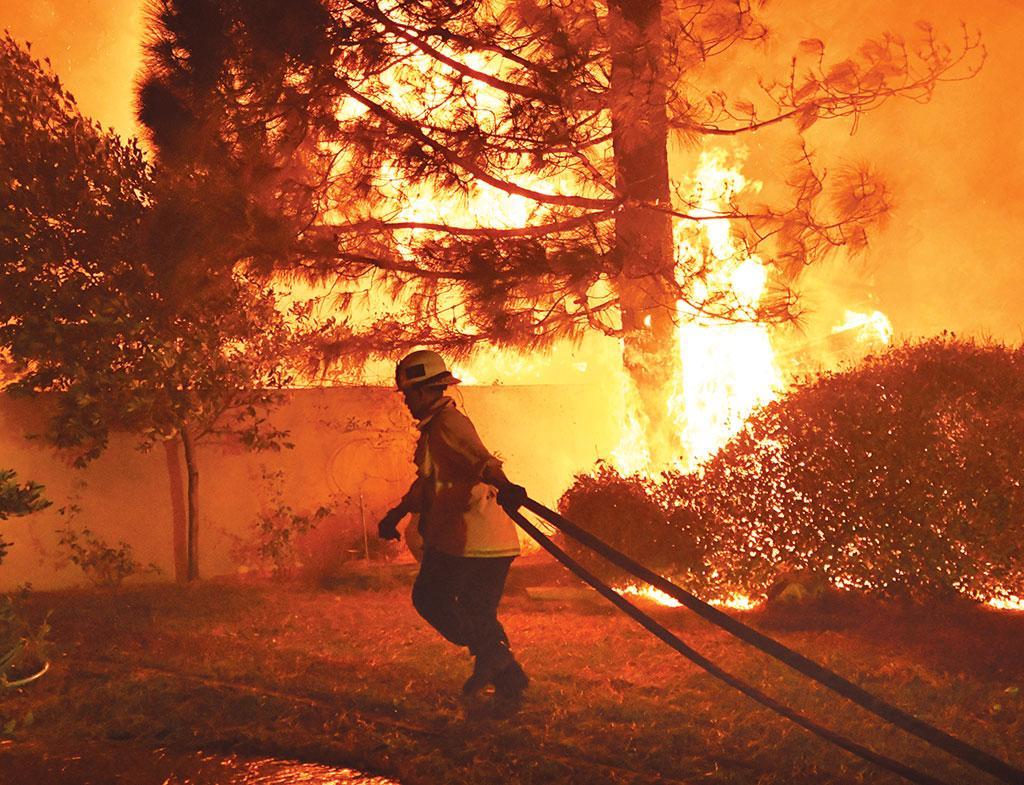 A firefighter during a wildfire in California.

Some of the coldest regions of the world have been on fire in 2021, some even through the winter months, indicating an influence of a changing climate.

Wildfires around the world emitted 1.76 billion tonnes of carbon in 2021 (till November 30), according to the European Union’s Copernicus Atmosphere Monitoring Service.

This is the equivalent of 6.45 billion tonnes of carbon dioxide and was 148 per cent more than the total fossil fuel emissions of the European Union, according to the Copernicus press release.

The wildfires mostly occurred in Siberia, North America, North Africa and the Mediterranean.

This was the most carbon dioxide emissions from wildfires for these regions for the January to November period, recorded by Copernicus since its inception in 2003.

This was mainly due to dry and hot conditions in the regions, Mark Parrington, a senior scientist with Copernicus, pointed out.

Globally, even though the carbon emissions from wildfires was not the maximum recorded by Copernicus, the EU agency said such emissions would increase in a world reeling under climate change.

August was the worst month in terms of forest fires around the world and witnessed the highest carbon emissions from the extreme events at 0.378 billion tonnes.

In July, the emissions were 0.343 billion tonnes, of which, half came from North America and Siberia. These regions also experienced increased forest fire activity in April, even as colder-than-normal temperatures prevailed, according to the National Oceanic and Atmospheric Administration (NOAA).

The July and August wildfires in North America coincided with record breaking temperatures and heat waves, especially in Canada.

The city of Lytton recorded a sizzling temperature of 49.6 degrees Celsius at the end of June that ignited a series of wildfires that went on for many days. This was the highest temperature ever recorded in Canada.

The Mediterranean was also affected by wildfires during the same period, leading to an increase in the PM 2.5 levels in the region. Turkey was the worst-affected country but there were fires from Tunisia in North Africa to Italy in Europe.

Fires were a major concern in India too this year. Copernicus highlighted the seasonal stubble burning in northwest India as the major cause of fires in October and November.

Neighbouring Pakistan also witnessed an increase in fire activity. This increased the particulate matter pollution across the Indo-Gangetic plains, from Pakistan till Bangladesh.

Earlier, Odisha had reported 51,968 forest fires from November 2020 to June 2021 — the highest in India for the period, as told to Parliament by Bhupender Yadav, Union minister for environment, forest and climate change.

Forest fires had ravaged Uttarakhand in the early part of the year. The fires had been going on continuously for six months.

There were 989 fire incidents in the forests of the state, which would have ignited multiple forest fires, from October 1, 2020, to April 4, 2021, according to forest department figures. Some 1,297.43 hectares of forest got burned down in the fires, as per estimates.

The important thing to note here is that Uttarakhand is a mountain state and the fires were burning through the entire winter season.

The current outlook for the winter season released by the India Meteorological Department (IMD) for the state also does not look promising as temperatures are going to be higher than normal.