Arid Americas: Are Pantanal, Colorado in a ‘post-drought’ stage

The Pantanal wetland in South America and the Colorado river basin in North America have experienced extreme drought in the last few years, which according to experts may not be even called that 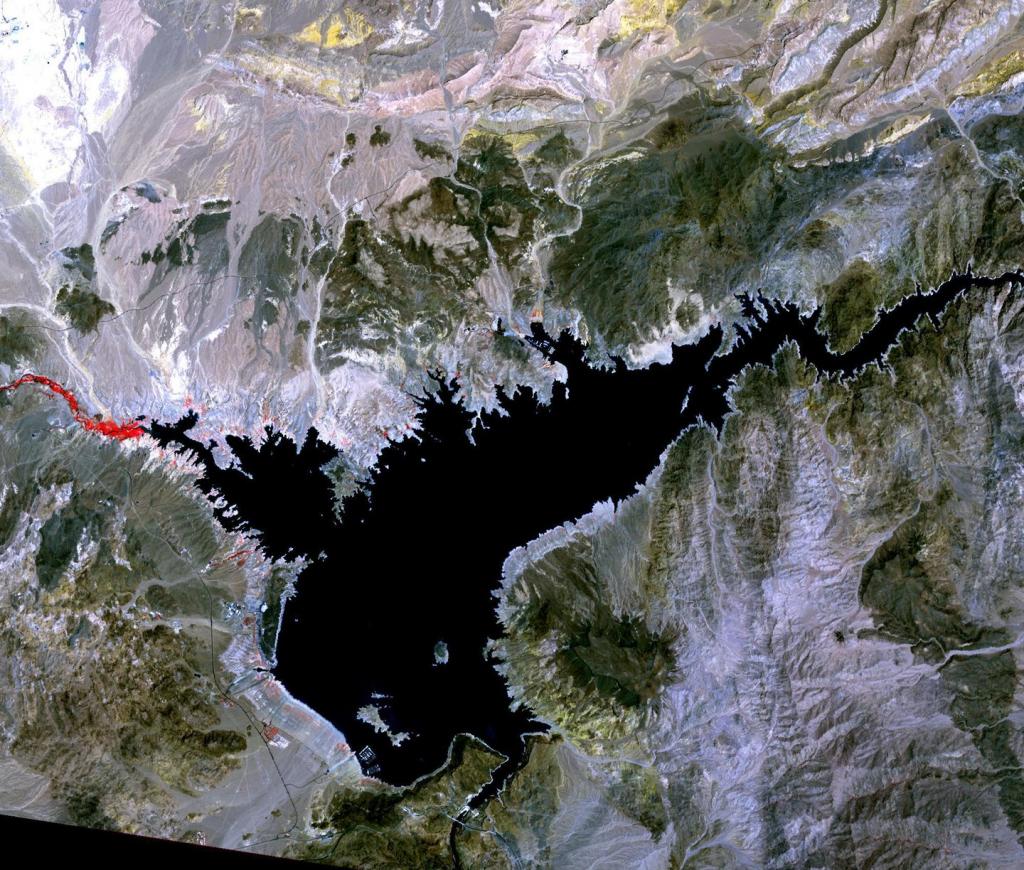 A satellite image of Lake Mead taken by the National Aeronautics and Space Administration in June this year. A group of experts believes that the Colorado Basin is no-longer drought-affected. Rather, it has become arid

The year 2021 has seen a tumultous summer so far as climate change is concerned. Heatwaves, wildfires and extreme precipitation have hit various parts of the globe. On August 9, 2021, the Intergovernmental Panel on Climate Change released its first report since 2013 and confirmed that the march of climate change was on. But in parts of the Americas, the discourse is already about a ‘post-drought’ region.

The Pantanal wetland in central South America and the Colorado river basin in the southwestern United States have been in the spotlight in the past few years.

The Pantanal, the world’s largest tropical wetland, located in south-central Brazil, has been affected by the worst drought in the past 50 years. However, according to a study by Brazilian researchers published in May this year, the drought was natural as climate change is a long, continuous process.

The study said the drought was caused because of a phenomenon known as ‘atmospheric blocking’. Usually, rain in the Pantanal is caused by warm humid air travelling over the North Atlantic Ocean and the Amazon rainforest meeting cold air blowing from the South Atlantic.

In 2019-2020, however, a high pressure bubble prevented the two from meeting and caused a drought.

The study, however, acknowledged that this time’s drought was more intense than 50 years ago because the planet then had been cooler and there were less people in the Pantanal then.

The drought in the region as well as highly destructive fires in 2020 have had a huge impact. The Pantanal is home to 170 species of reptiles, 400-800 bird species and more than 100 species of mammals. The fires in 2020 killed millions of animals in the Pantanal as a fifth of it burned down.

Brandon Sideleau, a crocodilian expert, had recently visited the Pantanal. He told Down To Earth:

I was told that the giant anteater was rarely encountered following the fires. In addition, the large groups of communually basking caiman, while still present, were less frequently encountered than usual. But still very common. I did not see any burnt vegetation. Jaguars were still common and I encountered eight over a nine-day period.

The World Meteorological Organization, acknowledged the impact of climate change on Latin America when it launched a new report on the region.

The #Pantanal region is the largest tropical wetland in the world. But the intense droughts in 2020 were the worst the region had experienced in the last 50 years, leading to devastating impacts to the river level, crop yields and the surrounding Pantanal ecosystem pic.twitter.com/gzYzHrsaZW

The drought in the Pantanal also impacted areas to the southeast. The Paraguay river, that flows through the Pantanal, meets with the Parana and forms an estuary called the Rio de La Plata.

Reduced river flows in the rivers have impacted 40 million people living downstream in Paraguay and Argentina. These people depend on fishing, farming and commercial navigation, all of which have been affected.

Farmers in the La Plata Basin grow crops such as maize, soybean, wheat and sugarcane. Between 20,000 and 30,000 families depend on fishing in the area.

The National Water Institute of Argentina has defined the low water level of the Paraná River, as “the worst since 1944”, according to a report by the Associated Press.

Hundreds of miles to the north of the Pantanal and the La Plata Basin, a similar scenario is playing out in the Colorado Basin of Noth America.

A few days ago, the US Federal government declared that the water levels in the Colorado river were extremely low and there would now be water cuts in the states served by the basin.

The Colorado begins in Wyoming and its basin also covers the states of Colorado, Arizona, California, Utah, Nevada and New Mexico. The river meets the Gulf of California or the Sea of Cortez in Mexico.

The Hoover Dam was built over the Colorado during the Great Depression and forms its largest reservoir, Lake Mead. The other big reservoir is Lake Powell. The river waters serve 40 million people in the basin, especially farmers growing crops on prime agricultural land. All that could now be hit.

U.S. officials declared the first-ever water shortage from a river that serves 40 million people in the West. Water levels at the largest reservoir on the Colorado River — Lake Mead — have fallen to record lows. https://t.co/PRNR8uqRFm

The city of Las Vegas, which lies in the basin, also tweeted about the decision:

Low water levels at Lake Mead prompted the federal government to issue a water shortage declaration on the Colorado River, the source of most of our drinking water.

Southern Nevada will have to take less water from Lake Mead beginning Jan. 2022.

We expected this, but it's very serious.

As governor I will work with the other Colorado River basin states & the federal government to put politics aside and confront these shared challenges head on.https://t.co/maONLw3P61

But according to some experts, what is happening in the Colorado Basin cannot be termed as a ‘drought’. The Colorado River Research Group (CRRG) coined a new word for the scenario in the spring of 2018: Aridification.

In simple terms, it means that a dry place like the Colorado Basin is getting drier and the process is irreversible. It is the residents of the Basin who will have to adopt to the changed scenario by adopting new cultural practices toward water use.

The US Esquire  magazine quoted the CRRG in an article in 2018 about aridification:

Perhaps more importantly, moving forward means abandoning the mindset that current changes to climatic and hydrologic regimes are a temporary phenomenon. We are not likely to ever return to normal conditions; that opportunity has passed

It added: “It is time for water managers to both adapt for the profound changes the future holds and to advocate within the political sphere for a reduction in greenhouse gas emissions.”

It noted that “a very modest starting point is to admit that words such as ‘drought’ and ‘normal’ no longer serve us well, as we are no longer in a waiting game; we are now in a period that demands continued, decisive action on many fronts”.