Over 500 million people rely on livestock herding in rangelands. They move from one place to another in search of pasture and to avoid drought, animal diseases and civil conflicts 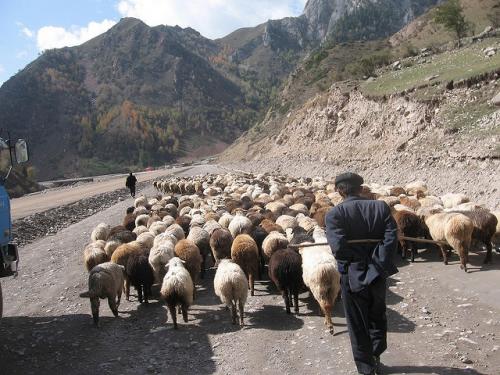 In developing countries, one of the ways to ensure food security is by assuring adequate tenure rights to land. However, safeguarding tenure is not an easy task when it comes to the way land is used by pastoralists.

Over 500 million people in the world rely on livestock herding in the rangelands. They move from one place to another in search of pasture and also to avoid drought, animal diseases and civil conflicts.

To address the needs of pastoralists, the Food and Agriculture Organization, along with other organisations, has come up with a guide on how to establish tenure arrangements for this marginalised group of people.

“Pastoralism is a system of livestock production that takes advantage of both the diversity and the seasonality of natural resources in the rangelands. It is based on large-scale, carefully planned movements of livestock, which demands high levels of coordination between multiple users. This has led to the emergence of customs and institutions that enable decisions to be effectively made and enforced by local communities,” Jonathan Davies, coordinator of International Union for Conservation of Nature’s Drylands Programme and lead author of the guide, says.

Resilient pastoral systems, which include critical functions such as soil fertilization, wider seed dispersal, improved groundwater infiltration, landscape maintenance and compatibility with local wildlife, are estimated to be two to ten times more productive per unit area, and resilient over a longer period than some of the alternative land uses like crop farming and mining that have been proposed to replace them.

Undergrazing can be as great a threat as overgrazing when it comes to environmental degradation as a result of climate change. When conflicts led to pastoral lands being abandoned in East Africa, lack of manure and rotational grazing led to lower plant diversity and thorny shrubs took over.

According to research, pastoralists will be the most affected by climate change. The extent of rangelands will change as weather patterns change. Some pastoral lands will become drier and, therefore, perhaps challenging to access. Meanwhile, other pastoral lands may get wetter and could come under greater pressure for conversion to other uses.

According to a United Nations Environment Programme (UNEP) report, pastoralism benefits humanity. The study says that the practice should be encouraged for a successful global transition to green economy. Sustainable pastoralism on desert grasslands, woodlands and steppes maintains soil fertility, contributes to water regulation and promotes biodiversity.