While the Bonn meet was packed with hundreds of parallel meetings, progress on readying a text for COP 24 has been slow 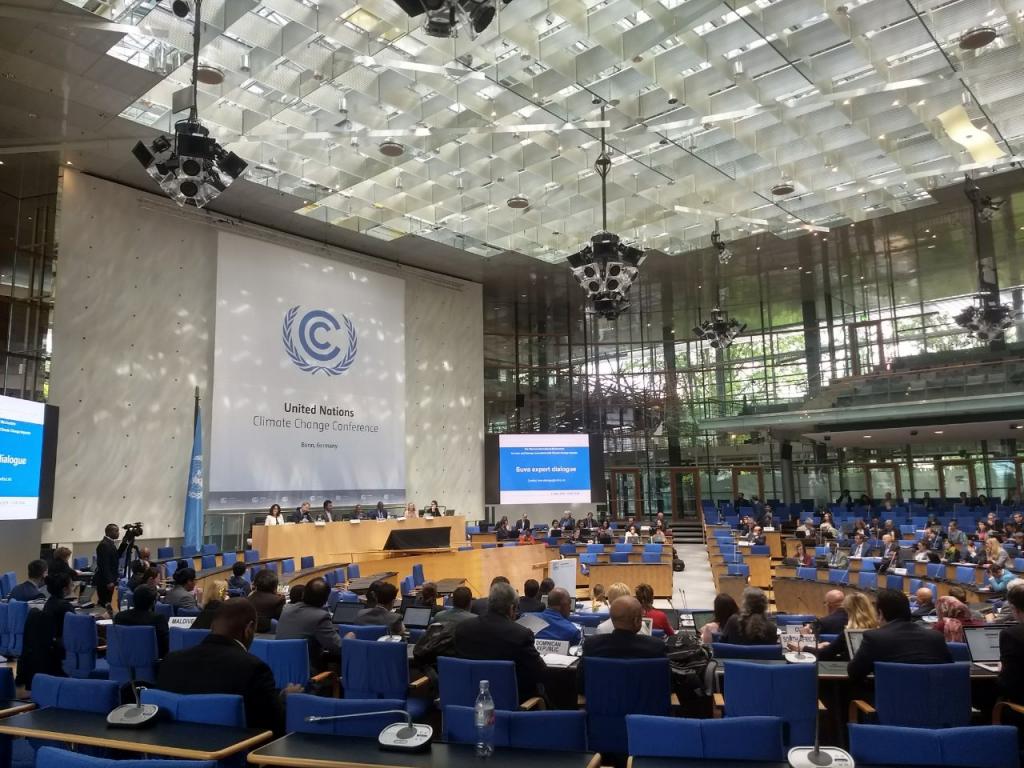 While progress has been made regarding the 'rule book’ or implementation guidelines, much remains to be done. Credit: Shreeshan Venkatesh

The latest round of climate talks held at the UNFCCC secretariat in Bonn, Germany since April 30 drew to a close on Thursday. The Paris Agreement aims to limit global warming to 2°C, and ideally to 1.5°C, by the end of the century. However, the scale and directions of climate action required to achieve this ambitious target is yet to be negotiated.

The meeting in Bonn was the first step of this process.

The main agenda of the recently concluded talks was to put together the contents of a negotiating text that would be presented for political discussions at the 24th session of the Conference of Parties in December 2018 Katowicze, Poland. With respect to the agenda, the outcome at the end of the two weeks has been a lukewarm one. While progress has been made regarding the ‘rule book’ or implementation guidelines, much remains to be done.

Tasked with preparing a viable negotiating text in time for the COP24, an additional session of discussions has been scheduled in Bangkok this September.

While the Bonn meet was packed with hundreds of parallel meetings, progress on readying a text has been slow. The conclusion of the current session saw several civil society organisations and negotiators from developing countries calling for more urgency in talks. “I am satisfied that some progress was made here in Bonn. But many voices are underlining the urgency of advancing more rapidly on finalising the operational guidelines. The package being negotiated is highly technical and complex. We need to put it in place so that the world can monitor progress on climate action. We have made progress here in Bonn, but we need now to accelerate the negotiations,” said Patricia Espinosa, executive secretary of UN Climate Change in a statement to the press.

While the preparation of a negotiating text is a steep enough task, what cuts the odds further is the notoriously difficult process of political discussions scheduled for COP24 in Poland. The urgency in discussions is likely to be influenced by IPCC Special Report on 1.5°C due to be published in October. An early draft, accessed in January, indicated that the current trajectory of emissions and associated global warming is nowhere close to the one required to achieve the targets of Paris Agreement.

The just-concluded meeting in Bonn was also the venue for parallel discussions, including but not limited to the Suva Expert Dialogue on losses and damages due to climate change—which shall be the input for the review of the Warsaw International Mechanism for Losses and Damages—the Korinivia Joint Work on Agriculture—which delivered a road map of discussions on agriculture until 2020—and the Talanoa Dialogue, which is currently in the process of collating more than 400 submissions towards the facilitative dialogue process, which shall ultimately be discussed in the context of Paris Agreement.