Caught between COVID-19 and climate crisis: How Arctic saw massive disruptions in 2021 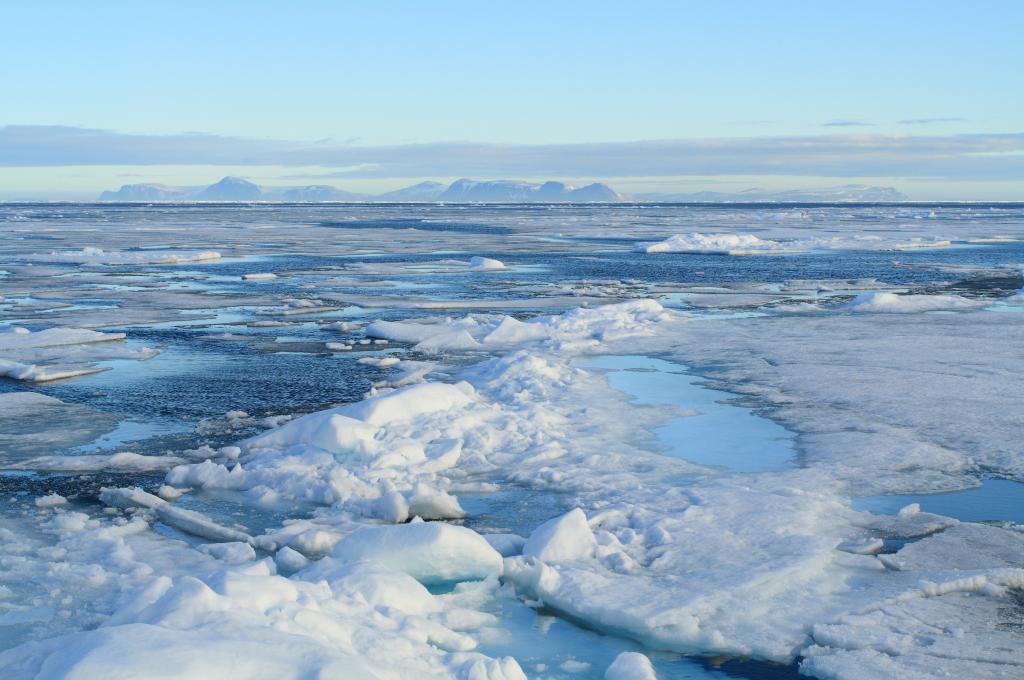 People living in the cold but rapidly warming Arctic region seem to be trapped between two crises: The novel coronavirus disease (COVID-19) pandemic and a changing climate.

Both are posing risks to their lives and livelihoods.

“The COVID-19 pandemic has exacerbated existing challenges for Alaska natives in accessing traditional foods,” said the Arctic Report Card published recently by the Arctic Program of the National Oceanic and Atmospheric Administration.

It was only “the strength of indigenous cultural and economic practices such as food sharing networks that helped mitigate these challenges,” found the report. One such network is the Indigenous Food Knowledges Network, which operates in the Arctic and the United States mid-west, bridging the two diverse regions.

This is in addition to the retreating glaciers and thawing permafrost that are causing local and regional scale hazards and ocean acidification that is depleting marine resources like fish, according to the report. The Arctic Ocean is acidifying faster than the rest of the global oceans, which threatens the entire ecosystem that the ocean supports.

The Arctic Circle, one of the most climatologically important regions on the planet, has continued to warm at more than twice the rate as the rest of the world through 2021.

The time between October 2020 and September 2021 was the seventh-warmest since the beginning of records. It was the eighth consecutive year since 2014 when the average temperature of the region was at least 1 degree Celsius above the pre-industrial average.

The warming has also caused the rapid melting of sea ice. “Summer 2021 saw the second-lowest amount of older, multi-year ice since 1985, and the post-winter sea ice volume in April 2021 was the lowest since records began in 2010,” the report stated.

The decline in sea ice extent is one of the most iconic indicators of global climate change.

In August, the Arctic Ocean witnessed particularly warm surface temperatures. The region showed a significant warming trend between 1982 and 2021.

The melting snow has in turn increased the discharge of the Arctic rivers by 12 per cent over the average between 1981 and 2010, which could change the intensity of the water cycle of the region.

The impact has been rather drastic in some specific regions. The Greenland Ice Sheet experienced three extreme melting episodes in July and August, along with extremely unusual rainfall observed at the Summit Station (at an elevation of 3,200 metres above sea level) on August 14.

Rainfall has never been recorded before at the station.

The warming has also caused major disruptions in the ecology of the Arctic region. Scientists observed a higher ocean primary productivity than the long-term average between 2003 and 2020, in seven of the nine sub-regions of the Arctic.

Ocean primary productivity is measured in terms of the extent of phytoplankton in the oceans, which form the first link in the food web of most marine ecosystems. The report said the strongest trends of primary productivity were observed in the Barents Sea and the Eurasian Arctic. 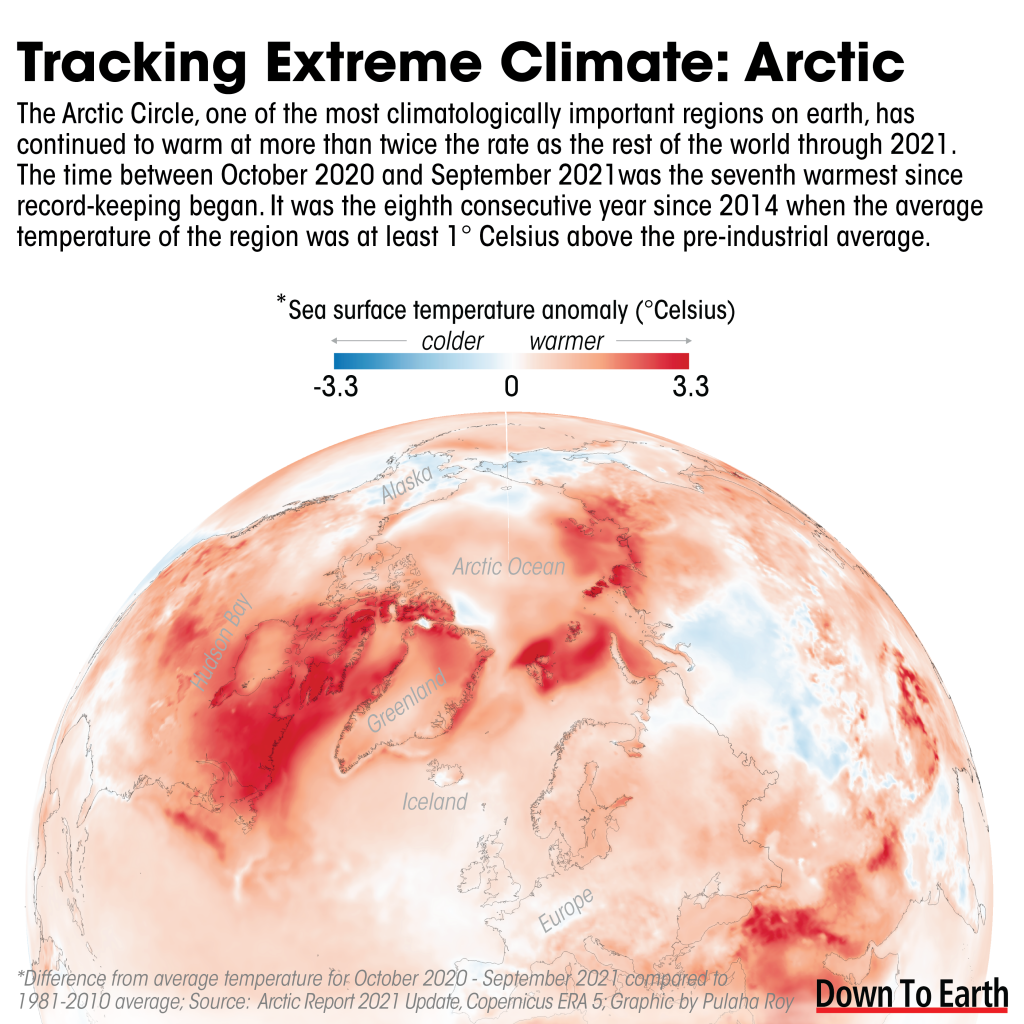 The green cover of the tundra biome of the Arctic region also increased in 2021. Beavers have been colonising the Arctic tundra in western Alaska, transforming lowland ecosystems and degrading permafrost by increasing the amount of unfrozen surface water on the landscape in winter.

The degradation of the permafrost can emanate huge amounts of methane, a greenhouse gas that is much more (more than 25 times) potent than carbon dioxide.

Other human interventions in the Arctic are also disrupting the region’s environment and its inhabitants. For instance, ships (mostly for trade) ferrying between the Pacific and Atlantic Oceans have increased. Ambient marine noise levels have been increasing in the frequency bands used by marine mammals.

This causes discrepancies in their navigation systems, sometimes leading to mass stranding of whales, dolphins and other species along the beaches of many countries in and around the Arctic region.

“Strange debris is also washing ashore in the Arctic, mostly associated with foreign ship traffic through the region,” the report pointed out.