Clear signs: 1.5°C warmer world to be catastrophic for India

DTE pieces together latest IPCC data to chart how temperature, rainfall patterns in India’s states will change in a 1.5°C warmer world 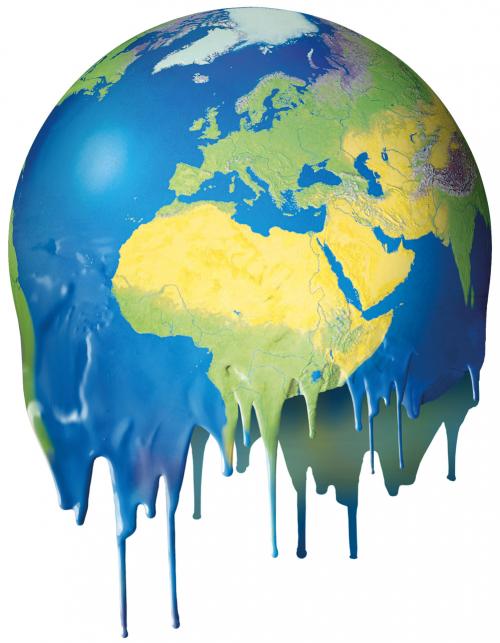 Did you know Ladakh, the high, dry desert, can become 2.23 degrees Celsius warmer than pre-industrial levels? Or that rainfall in Rajasthan can increase 23 per cent?

From an early onset of heatwaves across northern states to one of the worst floods in recent years in Assam and other northeastern states, India has experienced several record-breaking weather events so far this year.

It may be frightening, but the year is by no means abnormal.

“Since the middle of the 20th century, India has witnessed... a rise in extreme temperature and rainfall events, droughts, and sea levels; and an increase in the intensity of severe cyclones, alongside other changes in the monsoon system,’ read an assessment by the Union Ministry of Earth Sciences in June 2020.

If this is India’s situation when the Earth is 1.1°C hotter than in the pre-industrial period, then imagine the scenario when the global temperature rises by 1.5°C.

According to the United Nations Intergovernmental Panel on Climate Change’s (IPCC) Assessment Report 6 of Working Group I, the world is on track to breach this temperature guardrail in the next 18 years.

Down To Earth (DTE) has pieced together the latest information released by IPCC in 2021 to understand how the temperature and rainfall patterns in Indian states and Union Territories (UTs) will change in a 1.5°C warmer world.

The findings are alarming. It underscores the need to get serious about the climate crisis and at the same time gives insights into what awaits each state or UT.

This will help the governments in climate adaptability.

India could become 1.2°C warmer and receive almost 10 per cent more rainfall every year, suggests the analysis by DTE.

Ladakh is likely to be the worst hit (2.23°C warmer). Annual mean temperatures may rise in five other Himalayan states / UTs:

The temperature rise is most likely to trigger the rapid melting of glaciers and precipitation change.

DTE analysis also showed that the northern and western parts of India will likely be more vulnerable than the eastern part, in terms of temperature rise.

Jharkhand, Bihar, West Bengal and Odisha, on the other hand, can record less than 1°C increase in their annual average temperature, when the world crosses the 1.5°C threshold.

“One cannot ignore the east-west asymmetry. The humidity and pre-monsoon rains could be the reason the temperatures in the eastern states are not increasing as rapidly as the dry western states,” said Subimal Ghosh, the lead author of Assessment Report 6 Working Group I of IPCC.

The India Meteorological Department considers a non-hilly region for the declaration of a heatwave when the temperature crosses 40°C.

States in the north and northwest are close to the India-Pakistan heat low, a low-pressure area that causes temperature rise in the area, said Roxy Mathew Koll, lead author of IPCC Special Report on the Ocean and Cryosphere in a Changing Climate, released in 2019.

“Global warming is expected to intensify the temperatures in this region so the observed trend in the analysis is similar to the projected pattern here,” added Koll, a climate scientist with the Indian Institute of Tropical Meteorology, Pune.

DTE also quantified the change in precipitation for a world warmer by 1.5°C. While most of India is expected to see an increase in rainfall, the distribution of this increase is likely to be uneven.

The maximum increase in rainfall is expected in northwestern India. Rajasthan can receive up to 22.87 per cent more rain than the 1850-1900 average, followed by Gujarat with 22.16 per cent and Punjab with 20.54 per cent.

Arunachal Pradesh, Sikkim and Andaman and Nicobar are the only three states and UTs where rainfall levels are most likely to go down. 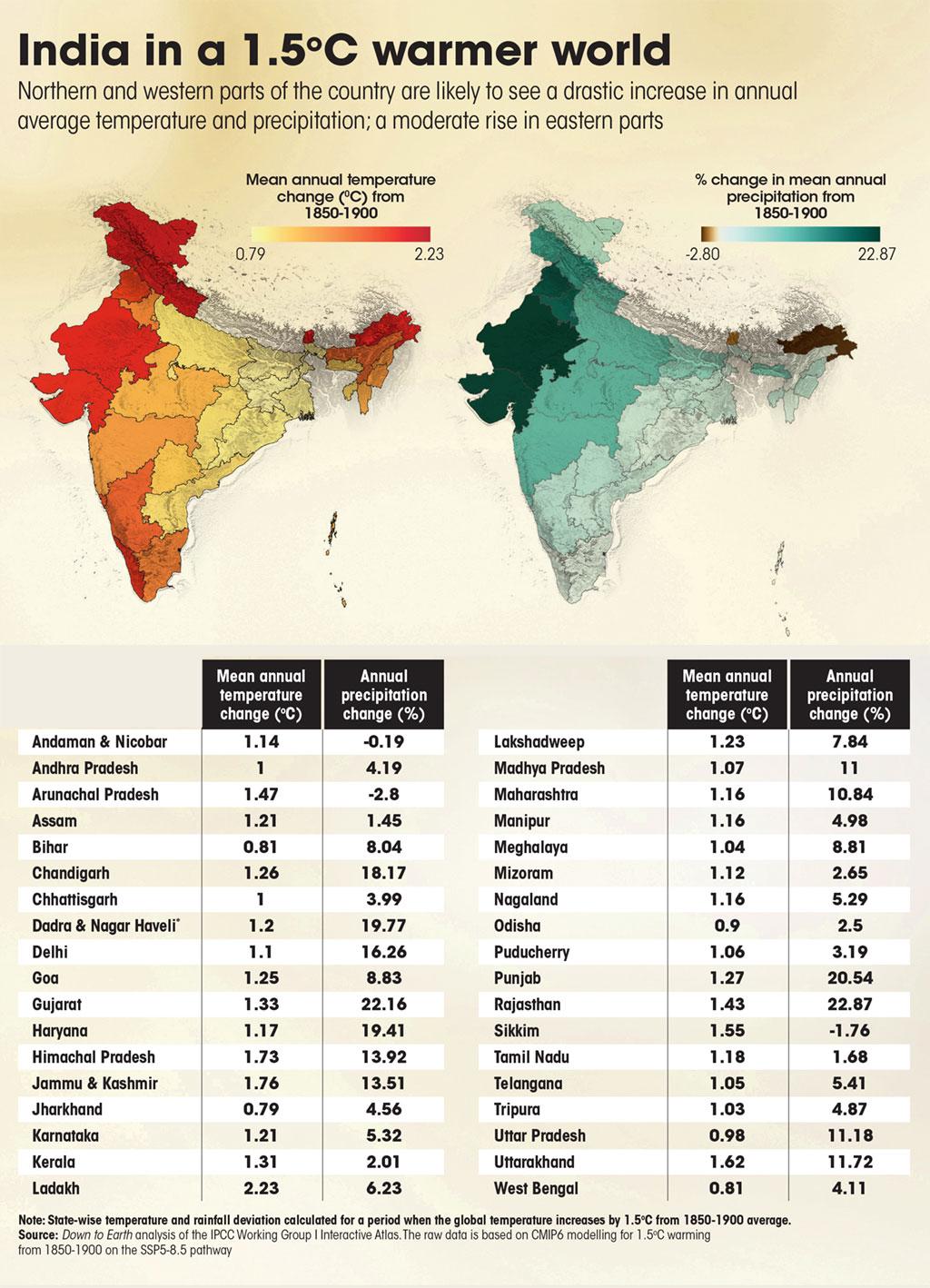 The eastern states of Odisha, West Bengal, Jharkhand and Chhattisgarh show nominal warming and a nominal increase in rainfall. The reasons for such patterns are unclear. There are only partial explanations right now.

The low-level jet stream winds, responsible for the monsoon rains, have been moving northwards over the past three decades. This is the reason rainfall levels in Kerala have decreased over time.

The northward or poleward shift of the low-level jet stream “has been identified as major impacts (sic) of global warming on large-scale atmospheric dynamics,” wrote Sandeep Sukumaran of the Indian Institute of Technology, Delhi, in a 2014 paper published in Climate Dynamics.

The paper, co-authored by RS Ajayamohan from New York University's campus in Abu Dhabi, adds that consistent movement in the jet stream has led to “a drying trend in the southern part of the Western coast of India”.

It has also led to a wetter monsoon season in the upper parts of the Western coast in the last three decades.

“It would be difficult to delineate the potential relationship between warming and change in precipitation patterns without an in-depth study involving both models and observations,” said Koll. He suggests taking a look at the seasonal changes to understand the overall trend as annual values mask the seasonal links.

“The rise in temperatures and the number of days above 40°C for northwest India would be primarily in the pre-monsoon months of March to May. The rainfall increase might be for the monsoon season that stretches from June to September,” he added.

It is also possible that in the northwest, western disturbances have decreased rainfall in the pre-monsoon season. “South India and east-northeast India generally get rains during other seasons too, so the rainfall-temperature links might be more visible in the annual averages too,” Koll said.