Climate change is a threat to rich and poor alike

From Miami and Puerto Rico to Barbuda and Havana, the devastation of 2017 hurricane season across Latin America and the Caribbean serves as a reminder that the impacts of climate change know no borders 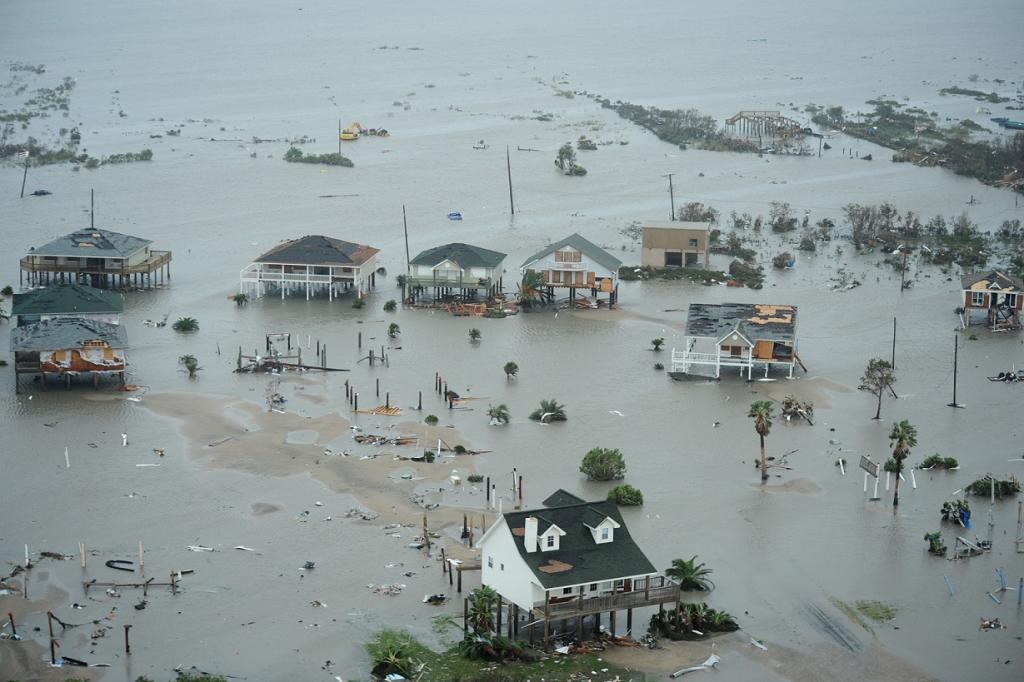 Effects of a warmer climate on recent weather events, both their severity and their frequency, have been revelatory for many. Credit: AF.mil
In recent weeks, Category 5 hurricanes have brought normal life to a standstill for millions in the Caribbean and on the American mainland. Harvey, Irma and Maria have been particularly damaging. The 3.4 million inhabitants of Puerto Rico have been scrambling for basic necessities including food and water, the island of Barbuda has been rendered uninhabitable, and dozens of people are missing or dead on the UNESCO world heritage island of Dominica.
The impact is not confined to this region. The record floods across Bangladesh, India and Nepal have made life miserable for some 40 million people.  More than 1,200 people have died and many people have lost their homes, crops have been destroyed, and many workplaces have been inundated. Meanwhile, in Africa, over the last 18 months 20 countries have declared drought emergencies, with major displacement taking place across the Horn region.
For those countries that are least developed the impact of disasters can be severe, stripping away livelihoods and progress on health and education; for developed and middle-income countries the economic losses from infrastructure alone can be massive; for both, these events reiterate the need to act on a changing climate that threatens only more frequent and more severe disasters.
A (shocking) sign of things to come?
The effects of a warmer climate on these recent weather events, both their severity and their frequency, has been revelatory for many, even the overwhelming majority that accept the science is settled on human-caused global warming.
While the silent catastrophe of 4.2 million people dying prematurely each year from ambient pollution, mostly related to the use of fossil fuels, gets relatively little media attention, the effect of heat-trapping greenhouse gases on extreme weather events is coming into sharper focus.
It could not be otherwise when the impacts of these weather events are so profound. During the last two years over 40 million people, mainly in countries which contribute least to global warming, were forced either permanently or temporarily from their homes by disasters.
There is clear consensus: rising temperatures are increasing the amount of water vapor in the atmosphere, leading to more intense rainfall and flooding in some places, and drought in others. Some areas experience both, as was the case this year in California, where record floods followed years of intense drought.
TOPEX/Poseidon, the first satellite to precisely measure rising sea levels, was launched two weeks before Hurricane Andrew made landfall in Florida 25 years ago. Those measurements have observed a global increase of 3.4 millimeters per year since then; that’s a total of 85 millimeters over 25 years, or 3.34 inches.
Rising and warming seas are contributing to the intensity of tropical storms worldwide. We will continue to live with the abnormal and often unforeseen consequences of existing levels of greenhouse gases in the atmosphere, for many, many years to come.
In 2009, Swiss Re published a case study focused on Miami-Dade, Broward and Palm Beach Counties, which envisaged a moderate sea level rise scenario for the 2030s which matches what has already taken place today. If a storm on the scale of Andrew had hit this wealthy corner of the US today, the economic damage would range from US$100 billion to US$300 billion. Now the estimates suggest that the economic losses from Harvey, Irma and Maria could surpass those numbers.
Reduce disaster risk now; tackle climate change in the long-term
Miami is working hard on expanding its flood protection programme; US$ 400 million is earmarked to finance sea pumps, improved roads and seawalls. Yet, this level of expenditure is beyond the reach of most low and middle-income countries that stand to lose large chunks of their GDP every time they are hit by floods and storms.
While the Paris Agreement has set the world on a long-term path towards a low-carbon future, it is a windy path that reflects pragmatism and realities in each individual country. Thus, while carbon emissions are expected to drop as countries meet their self-declared targets, the impacts of climate change may be felt for some time, leaving the world with little choice but to invest, simultaneously, in efforts to adapt to climate change and reduce disaster risk. The benefits of doing so makes economic sense when compared to the cost of rebuilding.
This will require international cooperation on a previously unprecedented scale as we tackle the critical task of making the planet a more resilient place to the lagging effects of greenhouse gas emissions that we will experience for years to come. Restoring the ecological balance between emissions and the natural absorptive capacity of the planet is the long-term goal. It is critical to remember that the long-term reduction of emissions is the most important risk reduction tactic we have, and we must deliver on that ambition.
The November UN Climate Conference in Bonn presided over by the small island of Fiji, provides an opportunity to not only accelerate emission reductions but to also boost the serious work of ensuring that the management of climate risk is integrated into disaster risk management as a whole.  Poverty, rapid urbanization, poor land use, ecosystems decline and other risk factors will amplify the impacts of climate change. Today on International Day for Disaster Reduction, we call for them to be addressed in a holistic way.
Achim Steiner is Administrator of the United Nations Development Programme www.undp.org
Patricia Espinosa is Executive Secretary of UN Climate Change www.unfccc.int
Robert Glasser is the UN Secretary-General’s Special Representative for Disaster Risk Reduction and head of the UN Office for Disaster Risk Reduction www.unisdr.org
जलवायु परिवर्तन से जुड़ी सभी खबरें हिंदी में पढ़ें।
Hurricane Flood Climate disasters Global Warming Paris agreement Conference Of Parties Climate Change World N C America Puerto Rico
Donate Now