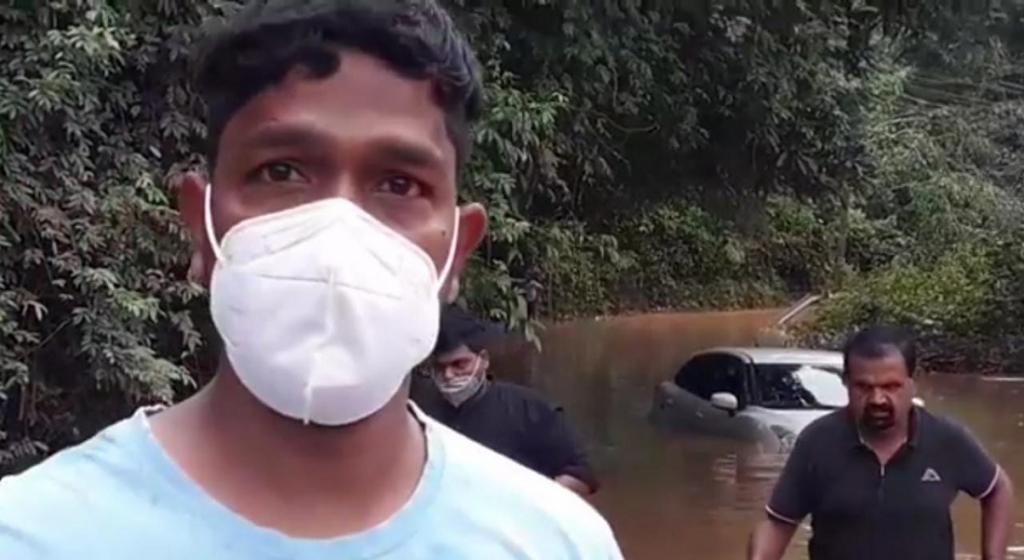 Goa has received rainfall that is 122 per cent above the average from July 10-23, 2021, officials from the India Meteorological Department (IMD) have said.

The state recorded an average rainfall of 1,047.3 millimetres (mm), against a normal of 471 mm, owing to the increased rainfall activity during the period, Rahul M, a scientist with IMD Goa told this reporter.

Between July 23 and 24, North and South Goa districts received up to 23 inches of rainfall over 24 hours.

The torrential rains have caused landslides and flooded low-lying areas of the state. Villagers have been forced to evacuate from vulnerable areas due to landslides in the border areas of Goa. The talukas of Bardez, Tiswadi, Mormugao, Salcette, Sattari, Bicholim, Ponda, Dharbandora and Pernem have been hit by floods, according to media reports.

A major controversy raged in Goa July 23 and 24 when rumours spread that the Selaulim dam had broken due to overflowing flood waters.

The dam is built over the Selaulim river, a tributary of the Zuari. After the Selaulim Irrigation Project was initiated in the mid-1970s, displaced villagers from Curdi and other small villages on the southern and southwestern side of the catchment area were rehabilitated in the dam’s eastern areas, especially Vaddem and Valkini.

Sandesh Gaonkar, panchayat member from Molcornem said, “Fake news is getting circulated that the Selaulim dam is broken due to overflow of water. This is absolutely false. We have been to the spot to confirm.”

Many areas are without electricity at the moment though latest reports say that the authorities have started restoring connections.

“There's no electricity. Days of incessant rainfall has damaged roads and bridges in Goa. Rivers like Kushavati, Mandovi, Zuari and Tuem are all overflowing. Bad roads are creating major problems for the villagers,” Onkar Velip, a resident of Rivona told this reporter.

Rahul M said rainfall activity over Goa was expected to decrease starting from July 24. He added:

Though moderate to heavy rainfall will continue, the extreme rainfall events like what happened 48 hours ago are not likely in the coming days. However a low pressure area is likely to form over the north Bay of Bengal around July 28, which may increase rainfall over Goa around that time again. The conditions are being monitored.

The navy and army have been helping with rescue operations in different parts of Goa and neighbouring Maharashtra.