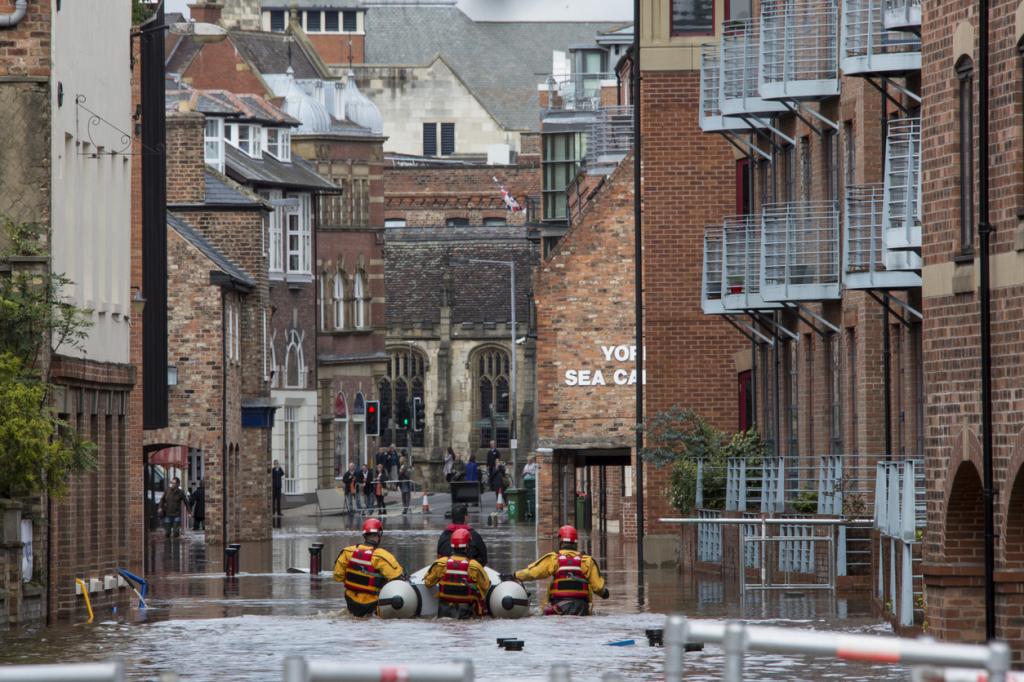 The United Kingdom is not adequately prepared for the increased risk of flooding due to climate change, according to a new report.

UK has an urban drainage problem, affecting communities across the country during heavy rainfall, showed an artificial intelligence-driven analysis of 7,800 relevant newspaper articles from 60 local, regional and national news sites.

The problem puts urban drainage and sewerage infrastructure under strain, even exceeding their limits, the report published by Bright Blue, a think tank, noted.

UK has been hit by flash flooding 51 times since 2007, according to the report. This includes at least 10 in London as well as seven in Birmingham and the West Midlands.

The paper In deep water? Mapping the impacts of flooding in the UK since 2007 presented data on the real impacts of flooding and related hazards on local communities, healthcare and education, transport and energy and a range of businesses across UK.

The devastating flooding across UK in February 2020 was remarkable in terms of the combination of duration, scale and severity, according to a preliminary analysis by the UK Centre for Ecology & Hydrology.

Three successive storms — Ciara on February 8 and 9, Dennis on February 15 and 16, and Jorge from February 28 to March 1 — resulted in thousands of homes and businesses being flooded as well as widespread disruption to transport and other services, this report pointed out.

In July 2021, two London hospitals were not able to operate their accident & emergency department (A&E) effectively due to flash flooding.

Flood events interacted with the COVID-19 pandemic in various ways. First and foremost, a major flood event caused by Storm Christoph occurred during a particularly difficult phase of the pandemic in the UK — the third national lockdown in January 2021.

There were 10 full bridge collapse and 30 partial collapses in England, Scotland and Wales in the 12 months till October 2020, according to the RAC Foundation, a transport policy and research organisation.

The study found limited information on impacts on information and communication technologies from flooding since 2007. The most serious incident was the failure by Hull-based telephone and broadband operator KCOM Group Ltd to maintain emergency call services after flooding hit the BT telephone exchange in York during Storm Eva in 2015.

A report by the Commons Public Accounts Committee accused the Department for Environment, Food and Rural Affairs of not doing enough to help victims of recent flooding get affordable insurance, or to remove obstacles for households to install flood protections.

The cross-party group said the continuation of homes being built on flood plains and a significant decline in the proportion of flood investment going to deprived areas since 2014 meant there were vast variations of protection across the country.

The Environment Agency estimated that 5.2 million properties in England are at risk of flooding, and the government has boosted investment in flood prevention to $7.6 billion up to 2026 / 27.

Bright Blue’s report called for the government to support and fund an ongoing programme of research to identify and monitor dangers related to excessive rainfall in city areas.