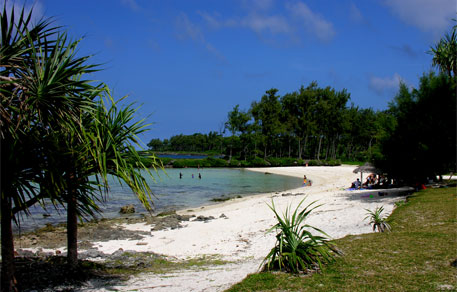 Manmade global warming is responsible for Pam, the most powerful cyclone to ever hit the South Pacific, said Vanuatu president Baldwin Lonsdale at the United Nations conference in Japan. Media reports suggest the cyclone has destroyed 90 per cent of the buildings in the capital city Port Vila last weekend.

“We see the level of sea rise… The cyclone seasons, the warm, the rain, all this is affected... This year we have more than in any year… Yes, climate change is contributing to this,” Lonsdale said.

The human contribution to sea level rise over the past 100 years is well documented and makes island nations more vulnerable to storms and particularly storm surge. “When cyclones and other storms occur, there is already a greater risk of coastal flooding because the background sea level has risen, largely due to human-induced global warming. How much more flooding has occurred due to human action is unclear, but ongoing sea level rise can be expected to further increase this risk unless coastal protection can be improved,” Richard Betts, head of climate impacts research at the Met Office Hadley Centre, told the Guardian.
The cyclone is one of the most intense tropical storms with wind speeds of over 300 km/h.

Vanuatu is one of the world’s poorest nations. Pam had already caused major damage on other Pacific islands, including Kiribati and the Solomon Islands. Tuvalu declared a state of emergency after the cyclone caused flash floods there.