Climate change will displace millions in coming decades; nations should prepare now to help them

By the middle of this century, experts estimate that climate change is likely to displace between 150 and 300 million people 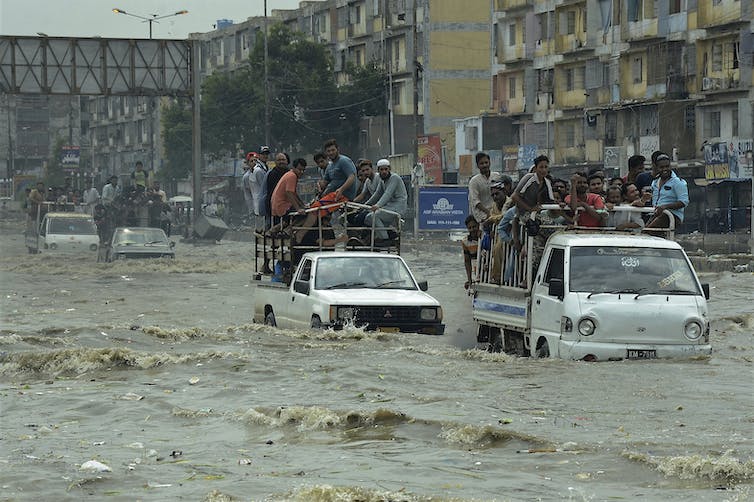 Wildfires tearing across Southern California have forced thousands of residents to evacuate from their homes. Even more people fled ahead of the hurricanes that slammed into Texas and Florida earlier this year, jamming highways and filling hotels. A viral social media post showed a flight-radar picture of people trying to escape Florida and posed a provocative question: What if the adjoining states were countries and didn’t grant escaping migrants refuge?

By the middle of this century, experts estimate that climate change is likely to displace between 150 and 300 million people. If this group formed a country, it would be the fourth-largest in the world, with a population nearly as large as that of the United States.

Yet neither individual countries nor the global community are completely prepared to support a whole new class of “climate migrants.” As a physician and public health researcher in India, I learned the value of surveillance and early warning systems for managing infectious disease outbreaks. Based on my current research on health impacts of heat waves in developing countries, I believe much needs to be done at the national, regional and global level to deal with climate migrants.

The U.S. government is spending US$48 million to relocate residents of Isle de Jean Charles, Louisiana, because their land is sinking.

Climate migration is already happening. Every year desertification in Mexico’s drylands forces 700,000 people to relocate. Cyclones have displaced thousands from Tuvalu in the South Pacific and Puerto Rico in the Caribbean. Experts agree that a prolonged drought may have catalyzed Syria’s civil war and resulting migration.

Between 2008 and 2015, an average of 26.4 million people per year were displaced by climate- or weather-related disasters, according to the United Nations. And the science of climate change indicates that these trends are likely to get worse. With each one-degree increase in temperature, the air’s moisture-carrying capacity increases by 7 percent, fueling increasingly severe storms. Sea levels may rise by as much as three feet by the year 2100, submerging coastal areas and inhabited islands.

The Pacific islands are extremely vulnerable, as are more than 410 U.S. cities and others around the globe, including Amsterdam, Hamburg, Lisbon and Mumbai. Rising temperatures could make parts of west Asia inhospitable to human life. On the same day that Hurricane Irma roared over Florida in September, heavy rains on the other side of the world submerged one-third of Bangladesh and eastern parts of India, killing thousands.

Climate change will affect almost everyone on the planet to some degree, but poor people in developing nations will be affected most severely. Extreme weather events and tropical diseases wreak the heaviest damage in these regions. Undernourished people who have few resources and inadequate housing are especially at risk and likely to be displaced. 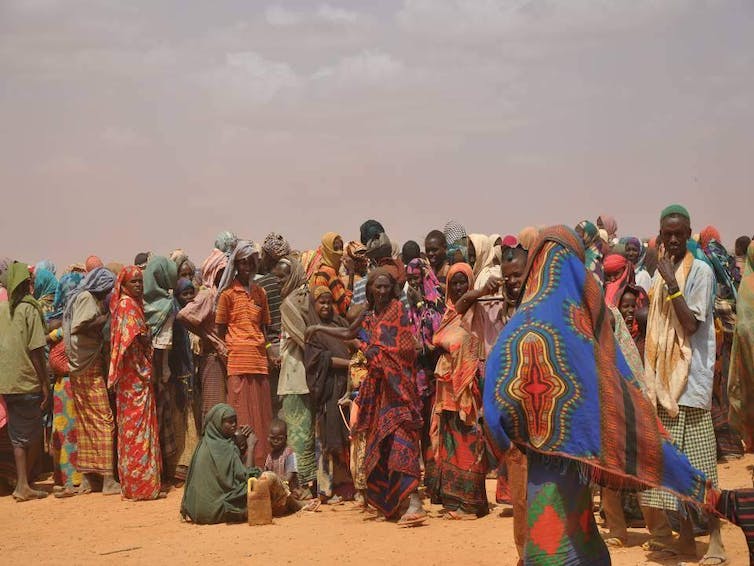 People displaced by drought in Somalia queue to register at a refugee camp in neighboring Ethiopia, July 26, 2011. UK-DFID, CC BY

Today the global community has not universally acknowledged the existence of climate migrants, much less agreed on how to define them. According to international refugee law, climate migrants are not legally considered refugees. Therefore, they have none of the protections officially accorded to refugees, who are technically defined as people fleeing persecution. No global agreements exist to help millions of people who are displaced by natural disasters every year.

Refugees’ rights, and nations’ legal obligation to defend them, were first defined under the 1951 Refugee Convention, which was expanded in 1967. This work took place well before it was apparent that climate change would become a major force driving migrations and creating refugee crises.

Under the convention, a refugee is defined as someone “unable or unwilling to return to their country of origin owing to a well-founded fear of being persecuted for reasons of race, religion, nationality, membership of a particular social group, or political opinion.” The convention legally binds nations to provide access to courts, identity papers and travel documents, and to offer possible naturalization. It also bars discriminating against refugees, penalizing them, expelling them or forcibly returning them to their countries of origin. Refugees are entitled to practice their religions, attain education and access public assistance.

In my view, governments and organizations such as the United Nations should consider modifying international law to provide legal status to environmental refugees and establish protections and rights for them. Reforms could factor in the concept of “climate justice,” the notion that climate change is an ethical and social concern. After all, richer countries have contributed the most to cause warming, while poor countries will bear the most disastrous consequences. 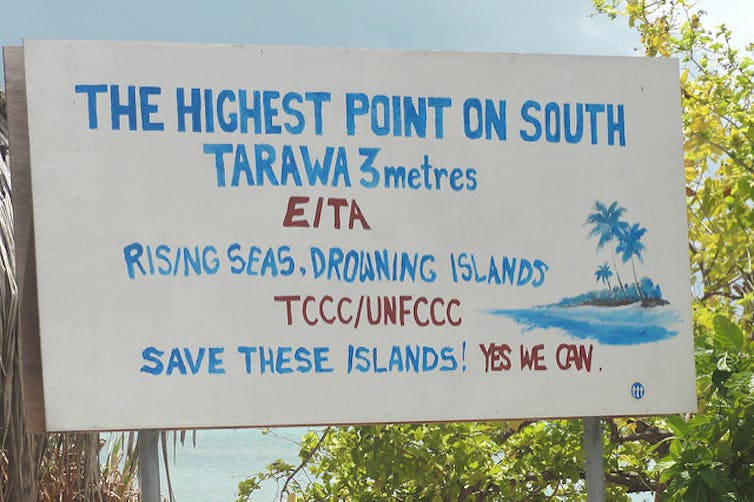 Some observers have suggested that countries that bear major responsibility for greenhouse gas emissions should take in more refugees. Alternatively, the world’s largest carbon polluters could contribute to a fund that would pay for refugee care and resettlement for those temporarily and permanently displaced.

The Paris climate agreement does not mention climate refugees. However, there have been some consultations and initiatives by various organizations and governments. They include efforts to create a climate change displacement coordination facility and a U.N. Special Rapporteur on Human Rights and Climate Change.

It is tough to define a climate refugee or migrant. This could be one of the biggest challenges in developing policies.

As history has shown, destination countries respond to waves of migration in various ways, ranging from welcoming immigrants to placing them in detention camps or denying them assistance. Some countries may be selective in whom they allow in, favoring only the young and productive while leaving children, the elderly and infirm behind. A guiding global policy could help prevent confusion and outline some minimum standards.

Negotiating international agreements on these issues could take many years. For now, major G20 powers such as the United States, the European Union, China, Russia, India, Canada, Australia and Brazil should consider intermediate steps. The United States could offer temporary protected status to climate migrants who are already on its soil. Government aid programs and nongovernment organizations should ramp up support to refugee relief organizations and ensure that aid reaches refugees from climate disasters.

In addition, all countries that have not signed the United Nations refugee conventions could consider joining them. This includes many developing countries in South Asia and the Middle East that are highly vulnerable to climate change and that already have large refugee populations. Since most of the affected people in these countries will likely move to neighboring nations, it is crucial that all countries in these regions abide by a common set of policies for handling and assisting refugees.

The scale of this challenge is unlike anything humanity has ever faced. By midcentury, climate change is likely to uproot far more people than World War II, which displaced some 60 million across Europe, or the Partition of India, which affected approximately 15 million. The migration crisis that has gripped Europe since 2015 has involved something over one million refugees and migrants. It is daunting to envision much larger flows of people, but that is why the global community should start doing so now.