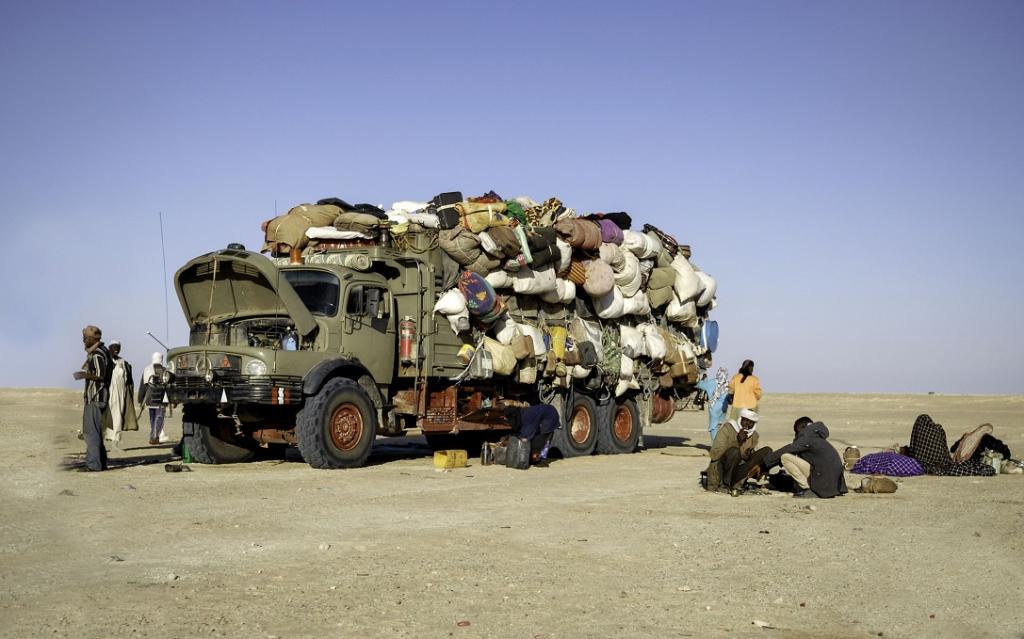 A truck filled with migrants breaks down in the Sahara in Chad. Photo: istock

More people are being displaced by disasters — caused by the changing climate — than conflicts, reversing a historical trend. According to the World Migration Report 2022, published every second year by the International Organization for Migration (IOM) of the UN, in 2020, “30.7 million new displacements were triggered by disasters in 145 countries and territories.”

Total internal displacement due to disaster, conflict and violence has increased in comparison to 2019, despite containment due to the novel coronavirus disease (COVID-19) pandemic in 2020: To 40.5 million in 2020, from 31.5 million in 2019.

“Over the period 2008-2020, over 2.4 million new displacements were caused by droughts and over 1.1 million by extreme temperatures,” the IOM report said.

The current flagship report on global migration brings into focus the displacement and migration caused by climate change induced factors, like extreme disasters and weather events.

Earlier, the World Bank estimated that 143 million would migrate within their countries by 2050 due to climate change related events in sub-Saharan Africa, South Asia and Latin America.

Another UN agency, United Nations Convention to Combat Desertification also estimates that droughts could lead to the migration of 22 million more in Africa, 12 million in South America and 10 million in Asia by 2059 (in comparison to the 2000-2015 period).

Historically, conflicts and violence have been the biggest trigger for new displacement. But in recent years, this trend has changed.

This set of the population has been increasing since IDMC started collating data on persons displaced by disasters in 2018.

The last World Migration Report, published in December 2019, found: “In 2018, of the total new 28 million internally displaced people in 148 countries, 61 per cent were due to disasters.”

The Philippines experienced the highest absolute numbers of new disaster displacements in 2020 (approximately 5.1 million), according to the World Migration Report 2022.

“We are witnessing a paradox not seen before in human history,” IOM’s Director-General António Vitorino said. “While billions of people have been effectively grounded by COVID-19, tens of millions of others have been displaced within their own countries,” he added.