Migration out of climate change

Disaster-induced migration outstrips that due to conflicts 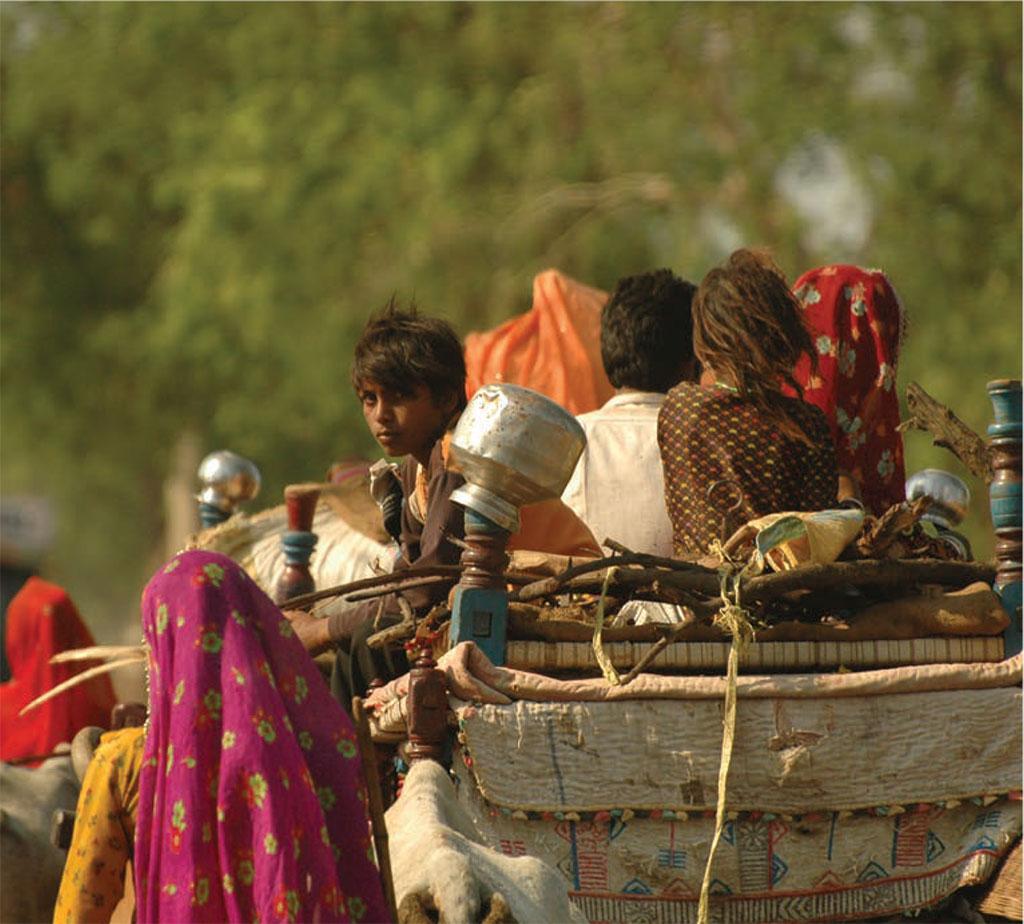 In 2019 two different researches on migration were published. Though one referred to the Iron Age and the other to 2019, both have a common finding: The role of extreme weather events in migration of population.

Natural disasters have always been regarded as the reason for sudden displacement or migration of population. But over the past few decades there have been a serious probing into the role of climate change — a long period of change that fundamentally alters the coordinates of human existence, such as rain, water availability and sea level — in large-scale human migration.

Climate change is undoubtedly causing extreme weather events, leading to unheard of disasters across the world.

The first study by researchers from the Indian Institute of Technology, Kharagpur (IIT KGP) has found convincing evidence for the popular hypothesis that climate change caused human migration during and after the collapse of the Indus Valley Civilisation. The researchers concluded this from the study of two previously unknown post-Harappan Iron Age sites in the western part of the Great Rann of Kutch and the lower fringes of the Thar Desert.

The Iron Age (3,100-2,300 years ago) is often referred to as the ‘Dark Age’ because of scant historical and archaeological evidence from that period. The sites studied by the IIT KGP researchers are the first Iron Age sites found in this region.

The study, published in Elsevier journal Archaeological Research in Asia in November 2019, established that the inhabitants of the Indus Valley Civilisation slowly moved from Indus Valley sites in the west towards the Ghaggar-Hakra valley in the east.

“Our findings suggest that such human migration was far more expansive than thought before. We believe that the gradual southward shift of Intertropical Convergence Zone (ITCZ) over the last 7,000 years forced people to migrate for greener pastures,” says Anindya Sarkar, lead author of the study and professor of geology and geophysics at IIT KGP.

The shifting of ITCZ decreased monsoon rains, drying up rivers which would have made agriculture difficult.

The human migration from the Indus Valley Civilisation is very similar to the one that would take place — or is already been happening — from regions impacted by human-induced climate change, especially in low-lying coastal regions and islands that often bear the brunt of extreme weather events and sea level rise. Back in 1990, the Intergovernmental Panel on Climate Change (IPCC) noted that the single greatest impact of climate change will be on human migration.

Experts believe that by 2050, more than 200 million people will be forced to flee their homes. They are referred as climate migrants or climate refugees. This second study, World Migration Report 2020, was released by the UN in December 2019. The report establishes the role of natural disasters in migration and says: “Many more people are newly displaced by disasters in any given year, compared with those newly displaced by conflict and violence, and more countries are affected by disaster displacement.”

This figure was exclusively for disasters happened in 2018. This was a “highly conservative estimate” as it did not take into consideration the displacement by disasters before this year. At 2.678 million people, India had the highest number of people displaced by disasters and extreme weather events in 2018.

In 2018, of the total new 28 million internally displaced people in 148 countries, 61 per cent were due to disasters. In comparison, 39 per cent were due to conflict and violence. According to IDMC, storms displaced 9.3 million people and floods 5.4 million. Similarly, more countries reported displacement due to disaster than conflict and violence: 144 for disasters and 55 for conflicts and violence. According to the UN, disasters and geophysical hazards have triggered an average 3.1 million displacements a year since 2008.

People move their place of habitation because of a wide variety of social, political, economic and other environmental reasons which are all interconnected and it is difficult to delineate one from the other, says the report Climate Change, Migration and Displacement published by Overseas Development Institute and United Nations Development Programme in November 2017.

It also states that in 2016, about 24 million people were instantly displaced by the sudden onset of climate events like cyclones and floods but there is very little evidence to inform about the number of people migrating due to slow onset events like drought and desertification.

The evidence for such climate change-based migration is slowly surfacing. For instance, during 2011-2015, climatic changes like severe drought-induced conditions led to armed conflict, which, in turn, led to asylum seeking and migration, according to a research paper published in the journal Global Environmental Change in January 2019.

“The effect of climate on conflict occurrence is particularly relevant for countries in West Asia during 2010–2012, when many countries were undergoing political transformation,” it says. During the Conference of Parties (COP25) to the UN Framework Convention on Climate Change (UNFCCC) held in Madrid, Spain, in December 2019, the World Meteorological Organization (WMO) released the annual State of Global Climate 2019.

According to this report, 22 million people would be displaced by December 31, 2019, due to extreme weather events. The report noted that extreme weather events, triggered by global warming and the resultant climate change, increased in 2019. This is a trend that has continued since the past few decades.

“On a day-to-day basis, the impacts of climate change play out through extreme and abnormal weather. And, once again, in 2019, weather and climaterelated risks hit hard. Heat waves and floods, which used to be once-ina- century events, are becoming more regular occurrences,” said WMO Secretary-General Petteri Taalas.

According to the report, more than 10 million people were displaced internally — within a country — between January and June 2019. Of this, 7 million were due to extreme weather events like floods, cyclones and hurricanes.

Displacement or rise in migration due to disasters has raised concerns on increasing human trafficking. It is long that in countries like India there have been clear evidence of linkage between disaster, migration and vulnerability to human trafficking. The UN Environment Programme estimates that trafficking goes up by 20-30 per cent during disasters.

Thus, climate change impacts would be adding to this already a precipitating trade in humans in modern time. According to the Overseas Development Institute: “There could be up to 325 million extremely poor people living in the 49 countries most exposed to the full range of natural hazards and climate extremes in 2030.”

A media scanning would show that incidences of human traffickers being arrested or tracked and girls being rescued spiked during or post disaster in Indian states, particularly in Odisha, Jharkhand and Chhattisgarh. During the drought of 2016, media reports were widespread on girls being trafficked from states like Uttar Pradesh, Madhya Pradesh and Rajasthan.

According to Michael B Gerrard, Andrew Sabin Professor of Professional Practice and Director of the Sabin Center for Climate Change Law at Columbia Law School, US: “At least 21 million people globally are victims of human trafficking, typically involving either sexual exploitation or forced labour. This form of modern-day slavery tends to increase after natural disasters or conflicts where large numbers of people are displaced from their homes and become highly vulnerable. In the decades to come, climate change will very likely lead to a large increase in the number of people who are displaced and thus vulnerable to trafficking.”

According to a survey by the International Organization of Migration of migrants crossing the Mediterranean into Europe, 79 per cent pointed at some aspects of human trafficking or illegally being put into work or other activities without consent. As disasters become widespread and intensity higher, refugees number well.

This is the vulnerable group for human trafficking. United Nations Secretary-General António Guterres has also pointed out climate change, natural disasters and poverty as factors that “exacerbate the vulnerabilities and desperation that enable trafficking to flourish”.