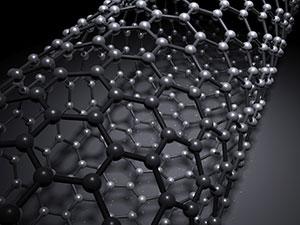 To attain net zero carbon status by 2050, the world must completely stop using coal to meet its energy needs and shift completely towards renewables and gas. Second, it must also focus on ways and means to remove large amounts of carbon from the atmosphere.

Natural solutions come in the form of carbon “sinks”, such as forests, land and oceans. Let's look at them one by one.

CCS is a technology to capture waste carbon dioxide from large sources such as factories or fossil fuel power plants, and store it underground. IPCC sees a limited role for this technology. Its 1.5°C report indicates that the electricity mix needs to be almost completely renewables by 2050.

Even with CCS, coal power needs to be completely phased out by the same year. For natural gas, even if it is combined with CCS, IPCC indicates that its share of the electricity mix will be limited to 8 per cent by 2050.

DACS is a technology that captures carbon directly from the air, rather than capturing it from major sources such as power plants or factories. The technology consumes electricity to do this, making it expensive. A demonstration project in Canada reported a cost of $94-232 per tonne of CO2 equivalent last year. IPCC’s 1.5°C report does not indicate a big role for DACS in the push towards net zero.

BECCS is a technology which combines bio-energy and CCS. Bio-energy is produced from the burning of waste from forests and agriculture, or from crops grown specially for the purpose. By itself, it is not an efficient way to produce energy.

However, there are three concerns with BECCS. One, in the best-case-scenario BECCS will be able to sequester up to 5 GtCo2e per year in 2050, which will not be enough, states the IPCC 1.5°C report.

The best case is quite distant. Currently operational BECCS projects sequester a total of 0.0015 GtCo2e per year. The cost per tonne of CO2 sequestered by BECCS is between $15 and $400. The majority of emissions currently covered by a carbon tax are taxed at less than $10 per tonne CO2 equivalent.

Second, BECCS could be environmentally damaging. In theory, it is supposed to rely on residues and waste from agriculture, forestry, industries and homes. In practice, the industry is currently under the scanner for covertly cutting down pristine forests instead of using waste wood. Even without such fraud, IPCC's Climate Change and Land report considered that BECCS reliance would greatly increase competition for land, driving degradation and desertification, and threatening food security.

The third concern is that IPCC largely presents BECCS as a post-2050 technology. Yet, there is a risk that the potential of BECCS could become a convenient way for countries to delay immediate action on reducing emissions. This is particularly true of wealthier countries, which are constantly searching for “magic bullet” technologies to avoid the tough choice of ensuring equitable consumption.

Natural carbon sinks of the planet have some inherent capacity to sponge GHGs. This is most famously done by trees, which take in CO2 and convert it into biomass and organic matter. It is also done, to some extent, by the soil and by the oceans. These are sites of natural carbon sequestration or "sinks", effectively the opposite of emissions sources. Such sinks make the zero emissions challenge a little easier. If the Earth is doing part of our work for us we may not have to get to absolute zero, but net zero.

However, even in the best case scenario, natural sinks cannot sequester all the carbon we currently emit each year.

The limits to carbon dioxide removal discussed above show that there is a clear need to reduce emissions. The simple way to do this is for a country to shut down its own sources of emissions. However, there is an alternative, albeit controversial, approach to this end — carbon markets.

Carbon markets trade in carbon "credits", which are created by assigning a dollar value to emissions reduced or avoided. Polluters buy carbon credits to offset their emissions. However, attempts such as the EU's Emission Trading Scheme do not inspire confidence in carbon markets. Political and technical challenges have resulted in emissions reduction credits without emissions actually reducing.

Yet, there is continuing ambition to create markets for carbon credits — the UK’s national law, for example, allows counting credits toward its emission reduction efforts, despite the chairperson of the government’s official Committee for Climate Change saying that it was “essential” to avoid doing so. At the global level, the Clean Development Mechanism (CDM) under the Kyoto Protocol has been succeeded by “New Market Mechanisms” under Article 6 of the Paris Agreement.

The legacy of problems with global carbon markets looks set to continue. Those problems plague credits issued in relatively standardised sectors such as energy or transportation. If that wasn’t concerning enough, there is a growing push to trade sinks — by assigning credits to activities such as afforestation or “avoided deforestation”. The combination of sinks and credits promises a cornucopia of delayed mitigation, if only one is willing to ignore a lot of contrary evidence.

IPCC's Climate Change and Land report identifies limits to the ability of forests to trap carbon. Carbon sequestration through forests takes decades. Afforestation, reforestation and agroforestry do not continue to sequester carbon indefinitely — eventually the net annual removal of carbon dioxide from the atmosphere declines towards zero, states the report.

Any gains are “at risk from future loss (or sink reversal) triggered by disturbances such as flood, drought, fire, or pest outbreaks, or future poor management”.

These are shaky foundations to build markets on. The uncertainties inherent in sink enhancement, carbon capture and storage, and carbon trading are ripe for exploitation and shifting of responsibility by developed economies. The only way to avoid this is by being clear about the political responsibility for greenhouse gas mitigation. This brings us to the net zero announcements by developed countries so far.