Pre-2020 emission gaps must be closed before moving on, insists Ravi Shankar Prasad 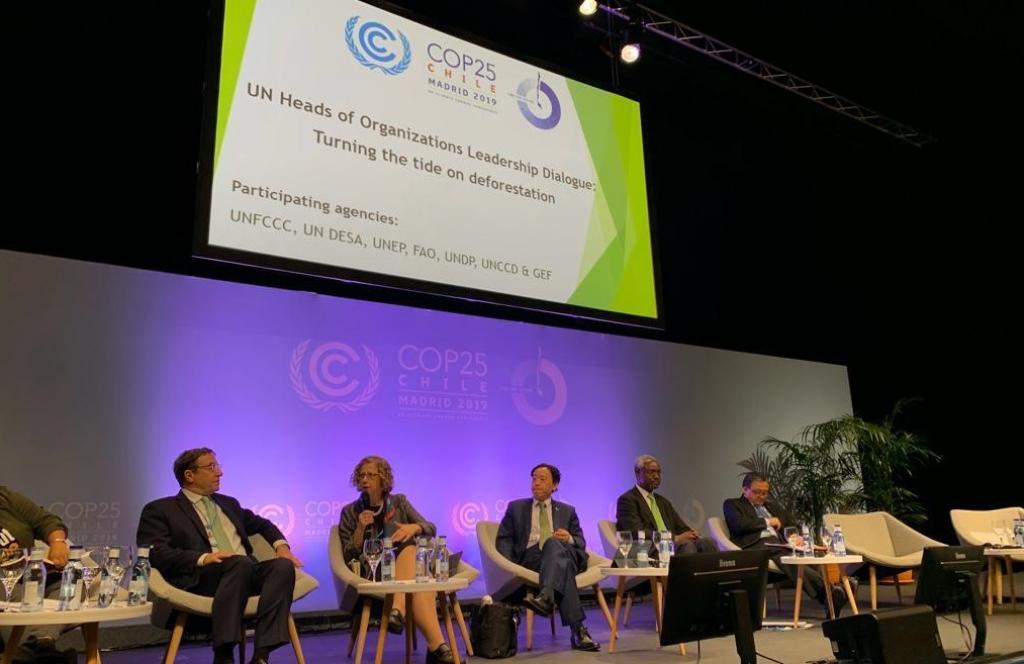 Global leaders, including from India and China called upon parties at the Madrid climate conference to ratify the Doha Amendment to the Kyoto Protocol and close pre-2020 emission gaps before moving on.

The Spanish capital is hosting the 25th Conference of Parties (CoP 25) to the UN Framework Convention on Climate Change (UNFCCC) in Madrid.

The two most populous countries along with others from southeast Asia and Africa also expressed concern over insufficient funding from developed countries.

The Doha Amendment established the second commitment period for the Kyoto Protocol — from 2013 to 2020. It was adopted at the eighth CoP serving as the meeting of the Parties to the Kyoto Protocol (CMP) in Qatar’s capital in 2012.

As of December 10, 2019, 135 parties deposited instruments of acceptance of the amendment, according to UNFCCC. The amendment needs ratification by nine more parties to come into effect; On the other hand, its commitment period ends next year.

Countries that have not met pre-2020 Kyoto Protocol commitments should do so soonest, India’s lead negotiator Ravi Shankar Prasad said at a high-level event to take stock of ‘pre-2020 implementation and ambition’.

He called the emission gaps “the elephant in the room”, which needs to be addressed. None of the developed countries have stepped up at the COP 25 to meet the commitments or made any announcements and the gaps should be filled before the global stocktake in 2023, he added.

Though the Green Climate Fund was replenished in 2019 and many countries doubled their contribution, its overall value remained around $9.7 billion (Rs 68,746 crore), Prasad said.

He also raised the issue of carbon credits from Kyoto Protocol not being carried forward to the Paris Agreement — one of the hottest points of contention at Madrid against which several countries such as Fiji have taken a stand.

Not valuing the credits post-2020 under the UN-mandated sustainable development mechanism will send a wrong signal to private players who invested in them. This will create mistrust in the multilateral UNFCCC process and the carbon market mechanisms to will be part of the Paris Agreement, he added.

On the same page

The representative from China raised similar concerns at an earlier panel discussion at the event. He called for an effective conclusion to the pre-2020 gaps so that they are not carried into the post-2020 period.

Both India and China have taken up issues around carbon market mechanisms under Article 6 of the Paris Agreement, financial flows from developed countries and other climate financing-related matters under different agenda at every forum they have had a chance to address.

The pre-2020 stocktaking should not be taken as an excuse to not move forward on the Paris Agreement, Gale Rigobert, St Lucia’s minister for education, innovation, gender relations and sustainable development, said. The most vulnerable countries needed more than a trillion dollars for mitigation and adaptation, he added.

Big emitters have to raise their climate ambition and increase financial contributions for the most vulnerable and developing countries, Jeanne D'Arc Mujawamariya, the environment minister of Rwanda said.

The African country’s achievements showed “development, climate action and equity can all be achieved together,” she said, citing the example of Rwanda Green Fund, which has been awarded by the UNFCCC for climate finance leadership. It invested $40 million in 35 projects, created more than 137, 500 green jobs, improved access to clean energy for 57,500 households and saved 19,500 hectares land against soil erosion. Sixty per cent of the green jobs were for women.

While these calls are being made at open plenary sessions, movement on such important issues inside negotiation rooms remained slow. With only two days for the COP 25 in Madrid to end it remained to be seen if all these issues get resolved and a strong and ambitious outcome is reached.