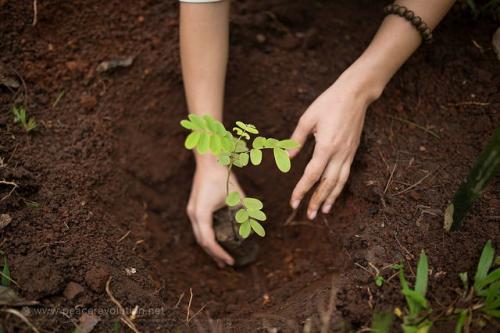 Excessive amount of nitrogen and trace metals such as arsenic, cadmium, lead and mercury can impair plant metabolism and reduce crop productivity. When they enter the food chain, these pollutants pose risk to food security, water resources, rural livelihoods and human health.

“Soil pollution is an emerging problem, but, because it comes in so many forms, the only way we can reduce knowledge gaps and promote sustainable soil management is to intensify global collaboration and build reliable scientific evidence,” Ronald Vargas, a FAO soils officer, said.

Around one-third of the world’s soils are degraded due to unsustainable soil management practices. Tens of billions of tonnes of soil are lost to farming each year, which in some countries affects as much as one-fifth of all croplands.

When it comes to Africa, the Status of the World’s Soil Resources report has established that 40 per cent of the continent’s soils are severely degraded.

Land degradation is also a major problem in India. According to the State of India’s Environment 2017, India's total geographical area of 328.72 million hectares (MHA), 96.4 MHA is under desertification. In nine states, around 40 to 70 per cent of land has undergone desertification.

Soil pollution refers to the presence of chemicals in soils that are either out of place or at higher-than-normal concentrations. Such contamination may be produced by mining and industrial activity or by sewer and waste mismanagement.

In some cases, pollutants are spread over large areas by wind and rain. Agricultural inputs such as fertilizers, herbicides and pesticides and even antibiotics contained in animal manure are also major potential pollutants.

Soil pollution is an insidious risk because it is harder to observe than some other soil degradation processes, such as erosion. The hazards posed depend on how soil properties affect the behaviour of chemicals and the speed with which they enter ecosystems.