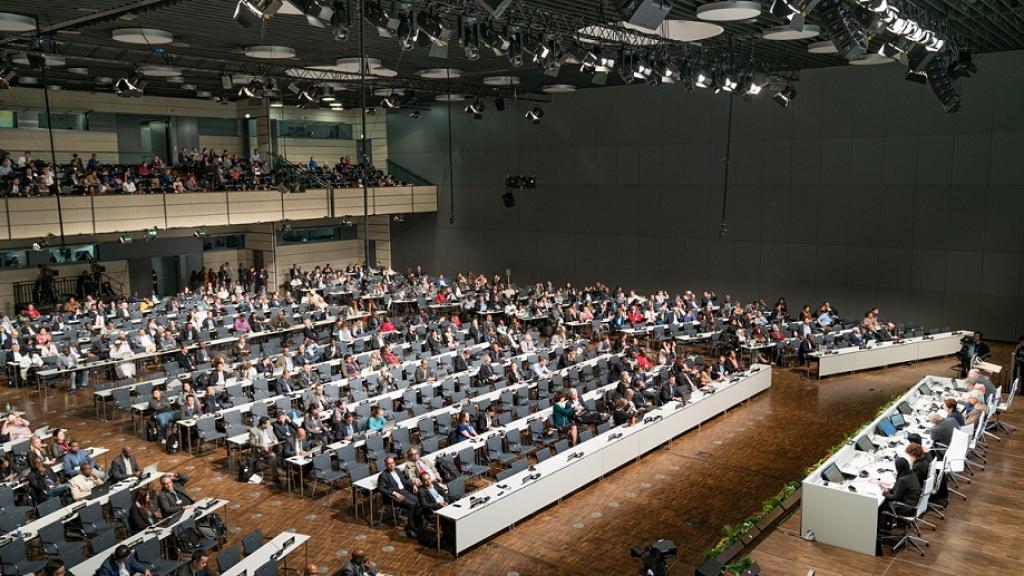 As the high-level ministerial segment of the CoP23 kicked off today at Bonn, Germany, a draft decision on the inclusion of the implementation and ambition of pre-2020 agenda regarding climate actions was also taken. The push for an escalation of the agenda, heralded by developing countries, especially the Like-Minded Group of Countries (LMGC)—of which India and China are members—aims to bring clarity to what has been done vis-à-vis commitments made for the period running up to 2020 when the Paris Agreement becomes operational and guides future actions.

If the draft is approved by ministers present for the high-level segment and the COP chairs, it will be adopted during the plenary to be held on November 17.

Over the past two weeks, negotiators of member states have been holding consultations on how to approach pre-2020 actions in the three remaining years before the Paris Agreement becomes implementable. Developing countries have pointed to the emissions and adaptation gaps that persist to underline the failures of developed countries in meeting their commitments towards climate action and mobilising finance as per the Cancun pledges, the Kyoto Protocol and its Doha Amendment.

Although the amendment is yet to be ratified, and requires 60 more national ratifications, the draft decision text urges the President of the current COP, Prime Minister Frank Bainimarama of Fiji and UNFCCC Executive Secretary Patricia Espinoza to persuade parties of the Kyoto Protocol and the Doha Amendment to submit their instruments of ratification.

Interestingly, no date for the same has been mentioned contrary to an earlier press conference by LMDC nations where a deadline of May-June 2018 was floated.

The inclusion of the Pre-2020 agenda at COP23 was objected to initially by the developed nations, over the past week, negotiators from developing nations pushing for inclusions have managed to overturn the objections and achieve consensus on on at least the need to bring clarity to the matter and on taking the matter forward during the intersessional COP early next year as well as during COP24 and COP25.

Parties have now decided to take stock of what has been achieved and implementations of actions during COP24 in Poland in December 2018. The submissions in the ‘stocktake’ would include details of the mitigation actions that have been taken in the pre-2020 period, the provision of support of developing and vulnerable countries during the period, and summaries for policymakers (providing policy options and recommendations to accelerate action) that have come as a result of the Marrakesh Partnership for Global Climate Action initiated during COP22 in Marrakesh last year to mobilise immediate climate action.

It has also been decided that during COP25 in 2019, further submissions, including the inputs of all meetings that have been held on the matter till then, outcomes of 2018 ministerial dialogues on finance, the ‘stocktake’ from 2018 and the outcomes of the Marrakesh Partnership for Global Climate Action.

The decision document opens with recognition of $100 billion committed annually by developed nations towards climate action in the developing world. Over the course of this year’s session, developing nations have repeatedly stressed that it is imperative to fulfil pre-2020 commitment to build and maintain the trust required between nations to ensure smooth implementation of the Paris Agreement and Post-2020 actions.