No mention in India’s statement at COP27 on key negotiating agendas, complain experts 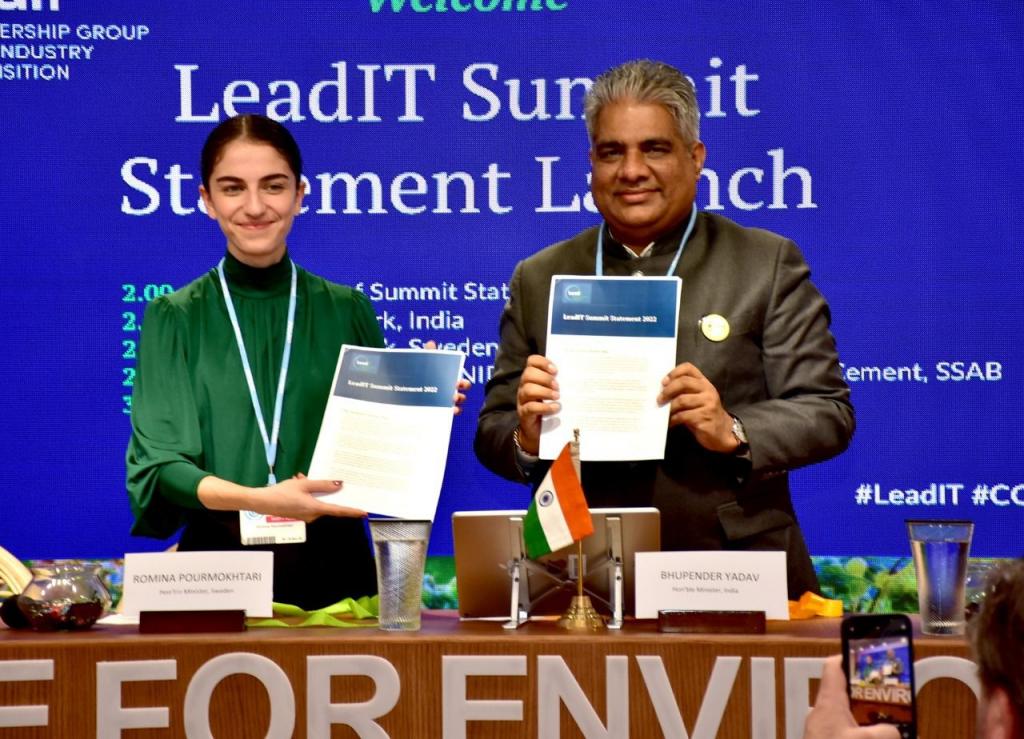 India’s national statement made November 15, 2022 during the plenary session of the 27th Conference of Parties (COP27) to the United Nations Framework Convention on Climate Change, was dominated by LiFE — ‘lifestyle for environment’ — that was announced by Prime Minister Narendra Modi during COP26 at Glasgow.

The programme, formally launched by the Prime Minister a month back in Gujarat, was referred to as the “heart of India’s vision” in the statement made by Union Minister for Environment, Forest and Climate Change, Bhupender Yadav.

Experts however said the statement did mention any key issues on the negotiation table; ranging from financial support from developed countries, loss and damage as well as fossil fuel cut.

India claimed in the statement that it had already made an “arduous effort” on cutting emissions.

“India, home to 1.3 billion people, is undertaking this arduous effort, despite the reality that our contribution to the world’s cumulative emissions so far is less than four per cent and our annual per capita emissions are about one-third of the global average,” the minister said in his address.

Yadav pointed out that India had already submitted its ‘Long-Term Low Emissions Growth Strategy’ indicating low carbon transition pathways in key economic sectors. This was done within a year of the prime minister announcing India’s commitment to achieve net zero carbon emissions by 2070, he added.

Climate experts however pointed out that India’s long-term strategy is basically a rehash of old commitments and short of data and specific targets.

“Though India’s long-term strategy to transition from fossil fuels released at COP27 is an encouraging step, the policymakers must now develop specific targets and milestones to implement the strategy in a time-bound manner,” Harjeet Singh, head of global political strategy, Climate Action Network International, said.

The minister claimed that India has already updated its Nationally Determined Contributions (NDC) in response to the call for increased ambition in its 2030 climate targets. NDCs are the voluntary commitments to cut emissions made by countries.

The statement also referred to how the country has “embarked on far-reaching new initiatives in renewable energy, e-mobility, ethanol blended fuels, and green hydrogen as an alternate energy source”.

It referred to the country’s international initiatives like International Solar Alliance and Coalition of Disaster Resilience Infrastructure.

Yadav further said India would assume the Presidency of the G20 in 2023 with the motto of ‘One earth, One family, One future’; emphasising the need to undertake  “a collective journey … with equity and climate justice as our guiding principles”.

“At the heart of India’s vision of a safe planet is a one-word Mantra — Lifestyle for Environment — that Prime Minister Modi set forth in our national statement at COP26,” Yadav said.

“The world urgently needs a paradigm shift from mindless and destructive consumption to mindful and deliberate utilisation … as the world’s most populous democracy and a vibrant emerging economy, India seeks to lead by example, and invites the global community to be a part of Mission LiFE for individual, family and community-based actions,” he added.

A climate expert with whom this reporter spoke, hailed the idea of LiFE. However, the expert pointed out that at the moment, the statement might end up as just rhetoric and a bragging point, rather than a true weapon to combat climate change.

“If you look at the 75 points being referred under ‘list of actions’, you will find that most of them are mere wishful suggestions than real actions on the ground.

“Moreover, there are some like ‘take the stairs instead of an elevator wherever possible’ or ‘plant trees to reduce the impact of pollution’ either look non-serious or too generalised,” the expert said.

“The statement has nothing on the key issues here, perhaps for strategic reasons,” a senior climate expert at Sharm El-Sheikh said, while accepting that India has so far been more proactive at COP 27 compared to a few earlier ones.

“Once the negotiation text is available, we will know how much India has been able to push through its agendas, particularly the phase out of all fossil fuels rather than only coal and likewise. But it could have been definitely stronger in its national statement,” the expert said.

Other countries have categorically placed demands about the key agendas on the negotiating platform.

Bangladesh, in its national statement, highlighted the need to take immediate steps “to reduce global emissions by 45 per cent by 2030”; placed its demand for $100 billion from this year to 2025 and asked for a financial mechanism for loss and damage in this COP.