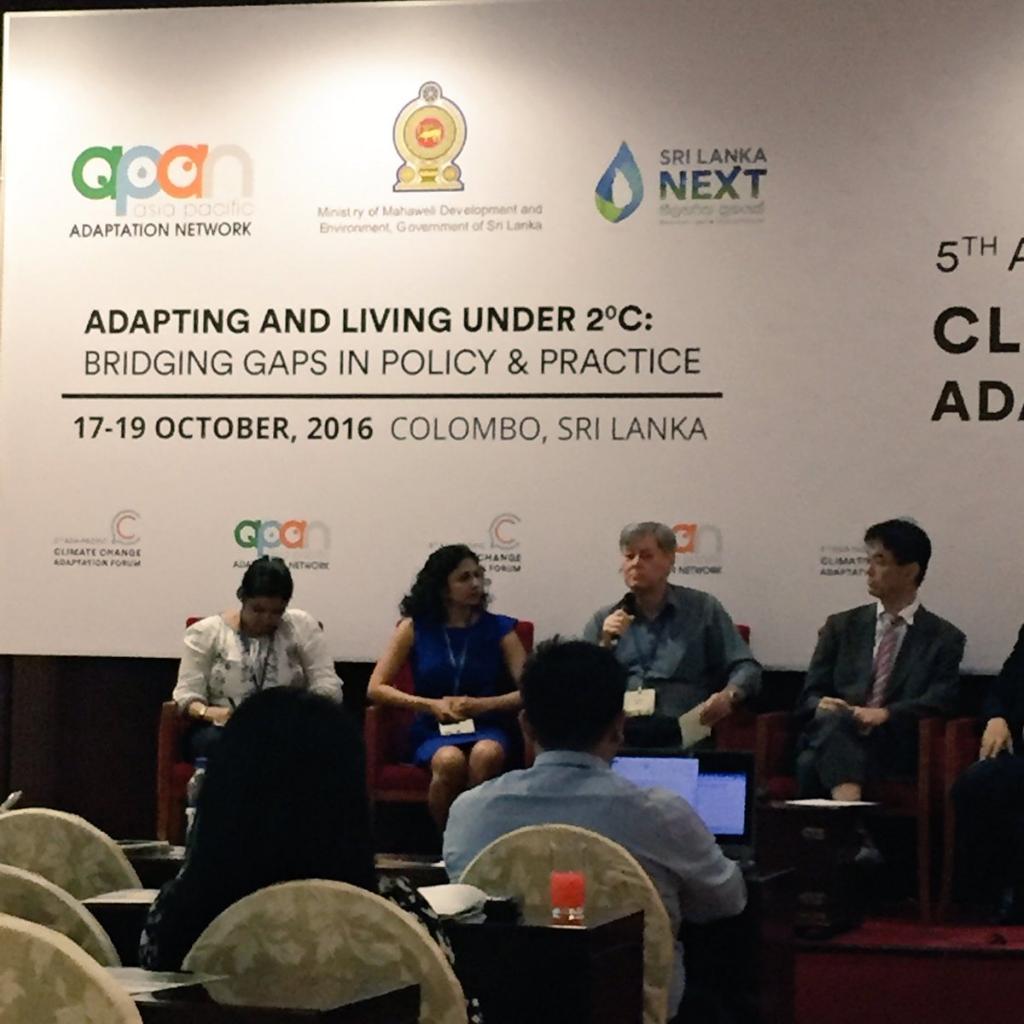 “Adaptation has to be biased towards the most vulnerable,” said Saleemul Haq, director, International Centre for Climate Change Development at the 5th Asia Pacific Climate Change Adaptation Forum that began on October 18. Representatives from over 50 countries have gathered in Colombo for discussions on the theme “adapting and living under 20C: bridging the gaps in policy and practice”.

The goal of limiting global temperature rise to 2°C was set at the 15th Conference of Parties (COP) in Copenhagen. The temperature rise goal was further reduced to 1.5°C at COP 21 last year in Paris. This additional half degree change has renewed both hope and despair for ministers and researchers worldwide. As many at the Colombo forum argue, limiting global warming to 20C will not be an easy task, let alone the newly enshrined figure half a degree below.

Representatives from various countries voiced their climate change-related concerns. Atiq Rahman, executive director, Bangladesh Centre for Advanced Studies said that the world is already experiencing extreme weather events and our collective ability to adapt isn’t very high. “At the local level, people do not have the luxury of planning too far ahead. When faced with flood or drought, the issue is their immediate survival,” he added.

Representatives from other parts of the Asia-Pacific region highlighted the need for immediate action. Indonesia’s envoy on climate change, Rachmat Witoelar asked for focus on adaptation. “Adaptation is a part of mitigation because you cannot fight climate change while people are suffering,” he added.

For a more local perspective, R D S Jayathunga of Sri Lanka, added that it is a huge challenge to build capacity and resilience in the country, especially if affected communities will have to deal with the realities of a world set to cross the two-degree-threshold. He emphasised the need to learn from past experiences and collaborate. “South–South cooperation is must for building resilience for most vulnerable communities to combat climate change,” he said.

Other panelists added that investment in adaptation cannot be a short-term measure. “The paradigm of short-term thinking no longer makes sense. In today’s changing climate, you may have short term investments, but they need to have long term impacts,” said Bangladesh’s Saleemul Huq.

Finance minister of Cook Islands, Mark Brown, argued, “Our main focus is building our people to be able to live in the two-degree world”. Cook Islands is situated only five metres above sea level, and faces immediate threat from global warming and rising sea level.

Many such communities are at the frontline in the battle against climate change. It remains to be seen how commitments made at the conference over next two days will translate to on-ground impact.