Did stratospheric warming lead to excessive rainfall in Tamil Nadu?

Each district witnessed a minimum excess precipitation of 400%, said IMD 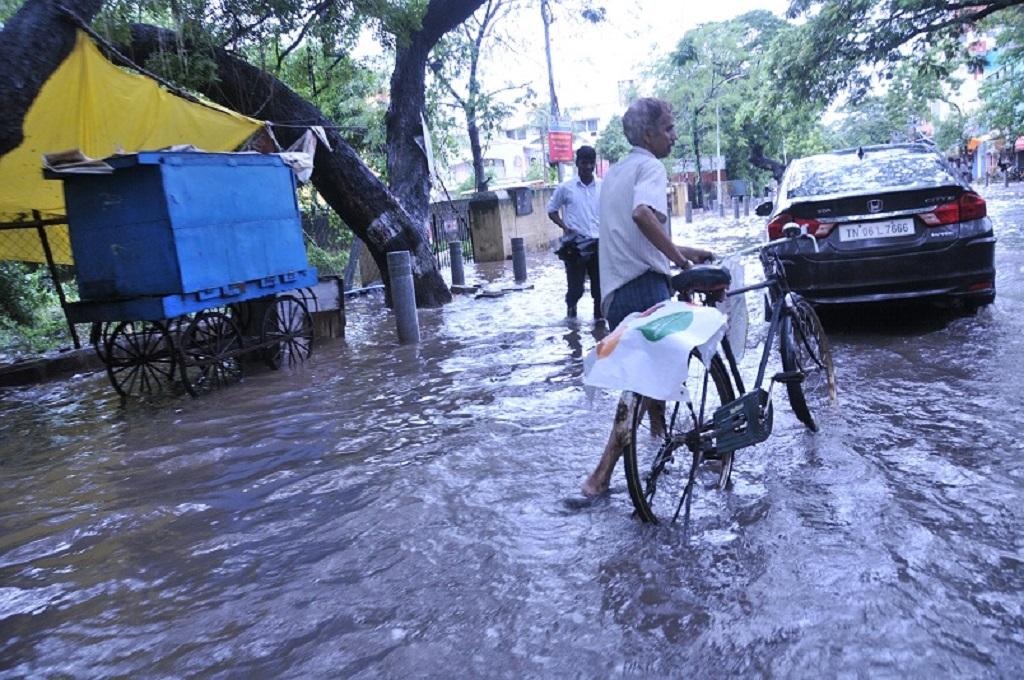 The southern India received unusually heavy rainfall from January 1 to January 17. This winter rain may have been caused by sudden stratospheric warming (SSW) far away in the Arctic region, some scientists said.

Tamil Nadu received almost 10 times the rainfall that it receives in this period. All its 38 districts experienced large excess of rainfall — 60 per cent more than the normal for this time of the year. As a result, 25 lakh acres of crops across the state was submerged, said PR Pandian, president of The Coordination Committee of All Farmers Associations of Tamil Nadu.

Sixteen of the districts received 10 times (or more) the normal rainfall. The most excess was seen in Tiruppur district with almost 20 times the usual rainfall. Each district witnessed a minimum excess precipitation of 400 per cent, according to Indian Meterological Department.

The story was similar in Kerala and Karnataka with 19 and 12 times the normal rainfall for both states respectively for this time of the year.

All districts in Kerala had large excess rainfall with the highest being in Kasargod and Malappuram where the rainfall was 100 times the normal. In Karnataka, however, some of the districts did not receive any rainfall at all.

A sudden stratospheric warming (SSW) event occurred on January 5, 2021, thousands of kilometres away in the Arctic region and several kilometres above the Earth’s surface in the stratospheric layer, experts believe.

The distance between the southern tip of Tamil Nadu and the Barents Sea in the Arctic, which is a crucial part of the region of occurrence of the event, is more than 7,800 km.

The weather in the atmospheric layers above the stratosphere — mesosphere and thermosphere — also get affected by SSW. This is a cause for concern for satellite navigation and other space-based human endeavours.

The warming events are regular but non-periodical. Sometimes, SSW might not occur for extended periods as was the case between 2013 and 2018. It last occurred in 2019. Its natural frequency is about six times in a decade.

“One of the reasons for the rainfall in the tropics during winter days is the polar sudden stratospheric warming but we need detailed study, especially of the science and dynamics behind this phenomenon,” said Remya Raveendran, researcher at the Advanced Centre for Atmospheric Radar Research, Cochin University of Science and Technology.

Raveendran and her group analysed 20 SSW events and rainfall data over 36 years in Kerala’s Kochi. They found that five to six days before the warming event peaks, there is a change in wind patterns in the troposphere and unusual rainfall in the city. Their research will be published in the journal Earth and Space Science.

The rainfall and changing winds is how the SSW event impacts the weather in the tropical regions.

SSW is related to the behaviour of the stratospheric polar vortex, a fast-blowing band of winds that forms over the Arctic region during the winter due to reduced solar radiation.

Very rarely, SSW may also occur over the South Pole as happened in September 2019. “Waves in the atmosphere can disturb the flow of the polar vortex. In the most extreme cases, such as during SSW, the polar vortex flow weakens dramatically and sometimes even reverses,” Marlene Kretschmer, a scientist at the meteorology department of University of Reading told Down To Earth.

During an SSW event in the 2019, the North Pole vortex had split into three smaller vortices releasing cold winds into the southern regions.

These disturbances in the stratosphere sometimes also cause circulation anomalies in the troposphere — the atmospheric layer below which our weather is generated.

“For instance, after SSWs, one often observes a meandering and southward-shifted jet stream in the troposphere, causing colder winter weather in northern Eurasia and the northeastern United States, as well as increased storminess and precipitation in the Mediterranean region,” said Kretschmer.

Now, Raveendran and her group have found that the impacts of an SSW event can be experienced on the surface as far as the tropical regions.

With climate change in tow, if the SSW events increase in number, as some scientists have surmised, then such extreme rainfall events over tropical regions like southern India might also increase in the future.