Member countries urged to work swiftly towards an ambitious deal 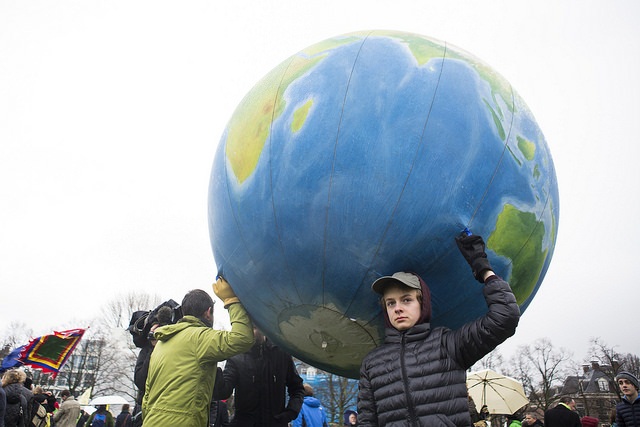 The much-anticipated climate negotiations started on Sunday in Paris by observing a moment of silence to commemorate the victims of the recent terror attack in the French capital.

Speaking at the opening plenary session, Peruvian Environment Minister and President of last year’s climate summit in Lima Manuel Pulgar-Vidal said, “We can and we will finish the current session with an agreement.  We are framing the future of the planet, we must show solidarity and efficiency.”

Laurent Fabius, the president of the Paris climate change summit, urged the countries to keep in mind the overall goal of keeping global warming under 2 degrees Celsius or 1.5 degrees Celsius.

Speaking on the upcoming meeting of the heads of states on Monday, Fabius added that there would be about 150 heads of states at the high-level meeting on Monday and the priority would be to give momentum to drafting an ambitious climate change agreement by December 11.

Timeline for drafting the agreement

The nitty-gritty of the climate change agreement would be tackled during the meetings of the ad-hoc working group on the Durban platform (ADP) beginning Monday.

The second week of the Paris summit would then be expected to deal with the most political of decisions that remain.

This would be where a number of critical elements such as the overall legal nature of the agreement, the timeframes for the cycles of climate change actions, differentiation between developed and developing countries in the Paris agreement would be dealt with and will be what makes or breaks the crucial final agreement.

This is also where France is expected to play a critical role as the president of the COP 21 in introducing bridging proposals and breaking deadlocks during contentious talks.