Bihar usually gets heavy rains in July and August; floods in June are an unusual occurrence, experts said 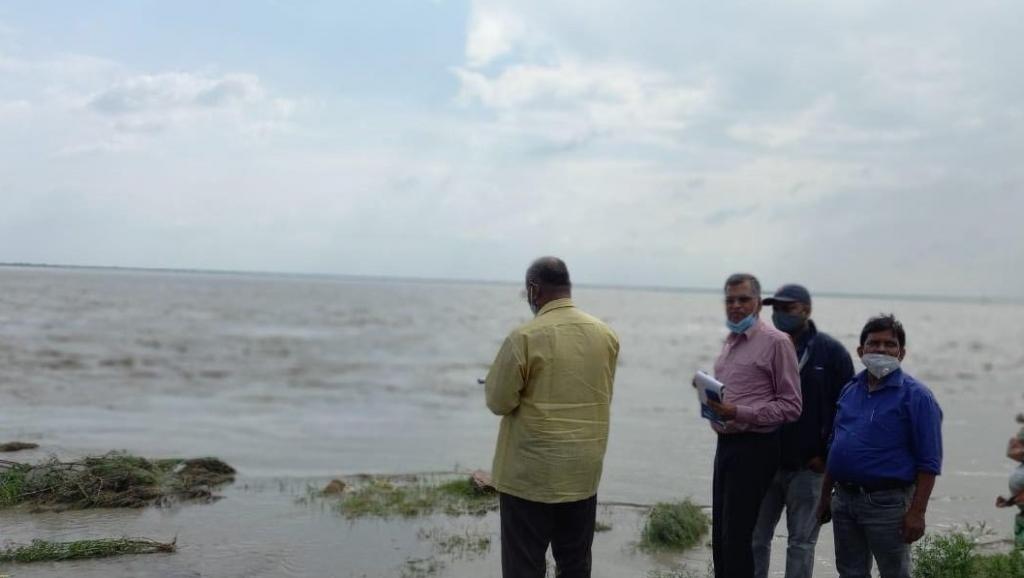 Several villages have been flooded after 3-4 days of early monsoon rains in the catchment areas of the Gandak and Burhi Gandak rivers in Nepal and north Bihar.

Affected districts include West Champaran, East Champaran, Gopalganj and Muzaffarpur. Other rivers including the Bagmati, Koshi, Kamla Balan, Bhuthi Balan and Ghaghara are also in spate due to heavy rains.

The rising waters of the Gandak have washed away roads, small bridges and are threatening embankments. The Gandak was flowing above the danger mark at a few places June 16 and 17, according to the Bihar Water Resources Department (WRD) website.

Several towns of the West Champaran district, including Bagaha, Bettiah and Narkatiaganj have been inundated with 2-3 feet of floodwater.

Residents of Gauripur Manjharia village in West Champaran, said they never expected so much rain soon after the monsoon entered the state. They said they were not fully prepared for the flood. Their village was surrounded by floodwater. They were totally cut off as roads had been washed away. But no government agencies officials had come so far to help them.

According to official data, some places in West Champaran have recorded heavy rainfall in the last few days. These include Lauriya (200 millimetres), Valmiki Nagar (170 mm) and Hahaha (100 mm).

Officials at the Patna meteorological centre of the India Meteorological Department (IMD) said the state had witnessed a widespread and active monsoon after it entered Bihar June 12.

The state government has alerted district magistrates of at least nine districts including Siwan, Saran and Madhubani that could face flood-like situations. Sixteen teams of National and State Disaster Relief Force have been deployed in vulnerable places, Vijay Sinha, commandant of NDRF in Patna, said.

The latest update by the WRD claimed that all embankments were safe and there was no need to panic.

He had asked the district magistrates of West Champaran, East Champaran and Gopalganj districts to remain on high alert and monitor rising water levels in the Gandak.

The state is not new to floods, but it was taken by surprise by the amount of rainfall it received within a week after the monsoon entered. Heavy rainfall in the state is normal during July and August.

“This is an example of the impact of climate change because Bihar hardly witnessed a heatwave in April- May this year. That has now been followed by unprecedented rainfall,” Ranjeev, an environment activist, said.

According to IMD’s annual rainfall reports, Bihar receives 1,027.6 mm rainfall in a normal monsoon year; the average annual rainfall through the year in all seasons is 1,205.6 mm.

According to WRD’s website, Bihar is the most flood-affected state, accounting for close to 17.2 per cent of the total flood-prone area in the country.