The region, which covers nearly one-third of the Central American territory, is characterised by recurrent droughts 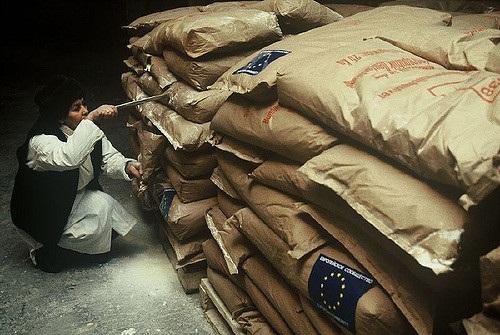 Urgent action needs to be taken by the global community in the Dry Corridor of Central America to ensure food security and restore livelihoods in the face of extreme drought caused by the El Niño.

The El Niño which started in 2015 was one of the worst on record and its impact continues to be felt in the Dry Corridor. Some 3.5 million people in the region need humanitarian aid with 1.6 million moderately or severely food insecure in El Salvador, Guatemala and Honduras.

Last year, the situation was bad in the Dry Corridor (Corredor Seco). It is a semi-arid stretch from the Pacific watershed to the foothills of Guatemala, El Salvador, Honduras, Nicaragua and parts of Costa Rica. This region, which covers nearly one-third of the Central American territory, is characterised by recurrent droughts.

Some 10.5 million people, about 60 per cent of whom are poor, live in the Dry Corridor. The region faces the challenges of extensive deforestation, soil degradation and water scarcity.

According to FAO Director-General José Graziano da Silva, “The challenge facing the Dry Corridor is not only climate change: it is also extreme poverty, and food and nutritional insecurity.”

“We need to change the traditional response strategy and tackle the structural causes of poverty and food insecurity in Central America’s Dry Corridor, and not settle for simply mounting a humanitarian response every time an emergency situation occurs.”

Heads of states stressed on common challenges in the Dry Corridor. These include adaptation of production systems of small-scale family farmers to fight climate change and expanding efforts to reduce poverty.

In the Dry Corridor area of El Salvador, Guatemala and Honduras, the FAO is supporting small-scale producers and rural communities that are vulnerable to droughts, excessive rains and floods.

Last year, as a response to the impending crisis, the governments of El Salvador, Guatemala, Honduras and Nicaragua had to distribute aid packages which included seeds, fertilizers and irrigation pumps to farmers.