EU countries agree to cut 40 per cent emissions by 2030 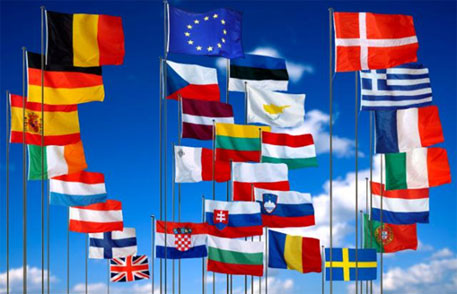 In a new climate change pact agreed on Friday, twenty eight countries of the European Union have committed to reducing their greenhouse gas emissions by 40 per cent by 2030, compared with 1990 levels.

The deal was brokered after intense negotiations at a summit in Brussels. During the debate, coal-dependent central and east European countries like Poland had expressed fears that such heavy emission cuts would slow economic growth in their countries.

The EU also agreed to increase the use of renewable energy to 27 per cent in the total energy mix and improve energy efficiency to at least 27 per cent.

In an official press release, European Commission President José Manuel Barroso said, "This 2030 package is very good news for our fight against climate change. No player in the world is as ambitious as the European Union when it comes to cutting greenhouse gas emissions.”

EU nations are already working on achieving the common target of cutting greenhouse gas emissions by 20 per cent till 2020.

UK Energy Secretary Ed Davey described the deal as "a historic moment" in a BBC report. "Europe has sent a clear and firm message to the world that ambitious climate action is needed now," he said. "It's good for consumers because we can decarbonise at the lowest possible cost using a diverse mix of technologies. And it's good for business as it provides the certainty they have been calling for to unlock billions in low carbon investment."

With this deal, the EU has built for itself a strong position going into the UN climate change conference in Paris in 2015.

Environmentalists, however, have called the deal a “very modest” package. In a press statement, Greenpeace EU managing director Mahi Sideridou said, “The global fight against climate change needs radical shock treatment, but what the EU is offering is at best a whiff of smelling salts. People across Europe want cleaner energy, but EU leaders are knocking the wind out of Europe’s booming renewables sector.” The statement says that since the targets are still low, Europe will have to continue to depend on polluting fuels.