Europe to US to India, it’s been a week of extreme weather events

At least 40 countries in Europe, North America, Asia, Oceania and Africa have been hit by the extreme natural disasters 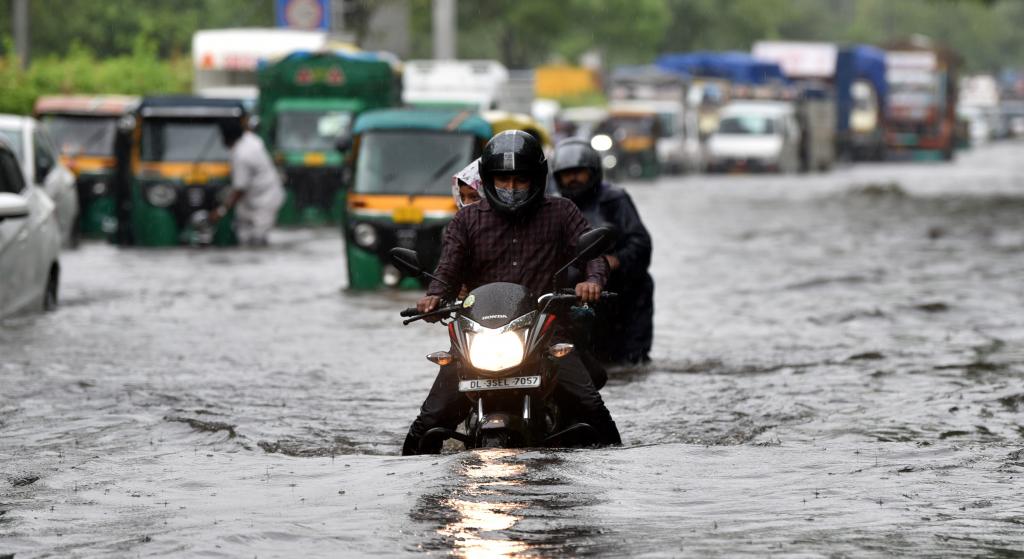 Extreme weather events have hit several parts of the world in the last few weeks: Europe and Asia have been ravaged by floods, North America by heat wave and Africa by drought.

At least 40 countries in Europe, North America, Asia, Oceania and Africa have been hit by the devastating extreme natural disasters such as floods, storms, heat wave, wildfires and drought.

There are growing scientific evidences attributing these to climate crisis aggravated by human actions. Such extreme weather events are likely to be more frequent and severe, cautioned World Meteorological Organization (WMO), July 16, 2021.

Extreme precipitation has been increasing globally due to human-induced climate change, a new research by University of California published July 19 said.

The floods due to extreme rain events in Western Europe — said to be the worst in a century — have claimed at least 188 human lives.

Countries such as Belgium, Germany, Luxembourg and the Netherlands had received up to two months’ rain in two days on 14-15 July, on ground that was “already near saturation”, said the WMO in a statement July 16.

In contrast, the Scandinavian countries in Northern Europe continued to bear the brunt of scorching heat waves. Finland has been experiencing unusually warm weather for almost a month when the temperature was over 25 degrees Celsius in most parts of the country.

At least 25.1°C is defined as extreme heat in Finland. Several parts of south Finland are likely to be extremely hot this week too, according to the Finland Meteorological Institute.

Unusually high temperature in Russia attributed to man-made climate crisis have been said to be behind the widespread forest fires, according to a research released in May 2021.

With over 216 active fires, Sakha-Yakutia region in northeastern Siberia has been the worst affected.

Wildfires increase in US by 21%

Extreme heatwave in Western North America has been responsible for the devastating extreme wildfires in the region, said WMO in a recent statement.

California, Utah and Western Canada experienced record-high temperatures. Death Valley, California July 9 set a world record for the hottest reliably measured temperature in Earth’s history with temperature of 54.4°C for the second time. The region had last made the world record of touching 54.4°C on August 16, 2020.

California is also under the grip of ‘severe and exceptional drought’— the worst drought since 800 AD, according to Park Williams, a hydro-climatologist at University of California.

Las Vegas, too, reached its all-time record of 47.2°C. The extreme heat, coupled with a severe drought this spring and summer in the region, has increased the risk of wildfire, said National Oceanic and Atmospheric Administration. In fact, the heat wave has been responsible for 80 wildfires that burned 1174,486 acres in 13 states till July this year, according to National Interagency Fire Center (NIFC), the US national fire management agency.

These include 18 in Montana, 17 in Idaho, and nine in California and eight in Oregon.

But what is causing the increase in wildfires?

As the drought and heat wave continues, vegetation in such areas dries out, creating enough fuel for potential wildfires.

“Weather patterns over the whole northern Hemisphere have shown an unusual planetary wavy pattern this summer. This has brought unprecedented heat, droughts, cold and wet conditions in various places. The connection of this large-scale disturbance of summer season with the warming of Arctic and the heat accumulation in the ocean needs to be investigated,” said Omar Baddour, head, climate monitoring and policy division, WMO.

Floods have been reported across several Asian countries in China, India and Indonesia. Heavy monsoon in Indian states of Bihar, Himachal Pradesh and cloudbursts in Uttarakhand resulted in flooding and landslides across these states.

At least 33 people died due to floods caused by heavy monsoon rains in Mumbai. According to Santacruz observatory, the city recorded 864.9 millimetre rain as of July 19. This is more than the average July rainfall of around 827 mm.

At least 65 people were reported killed by lightning strikes and thunderstorms in northern states of Rajasthan and Uttar Pradesh.