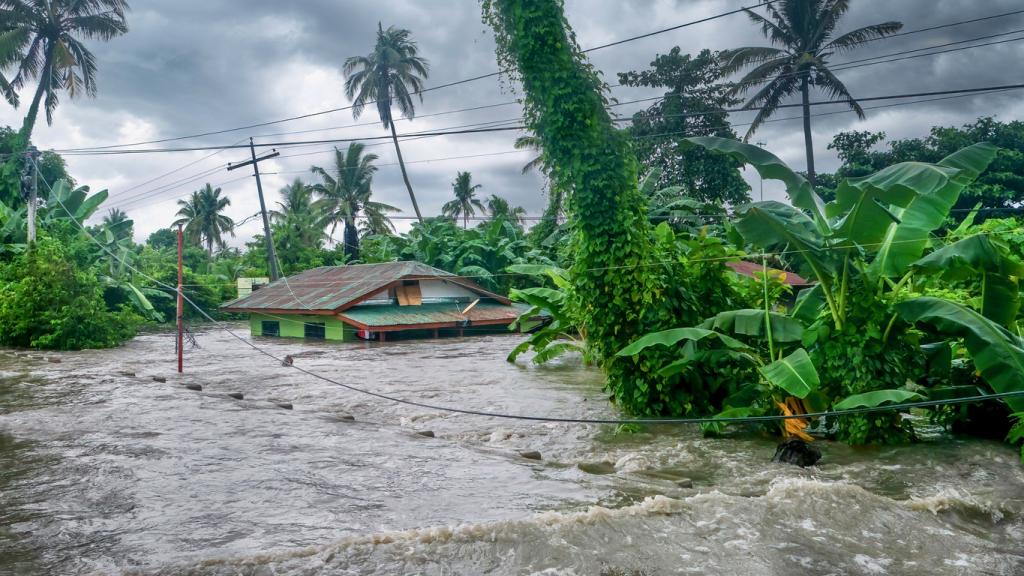 Economic losses incurred by Asian countries due to natural disasters have increased manifold as climate change has made these events more frequent.

In 2021, at least 48.3 million people in Asia were affected by over 100 natural hazards, which claimed at least 3,803 lives, according to the State of the Climate in Asia 2021 released November 14, 2022. The total economic damage due to the extreme weather events was estimated to be $35.5 billion.

Losses due to landslides increased 147 per cent, compared to the 20-year average from 2001–2020, according to the report. Losses from drought increased 63 per cent and floods 23 per cent during that period, it added. 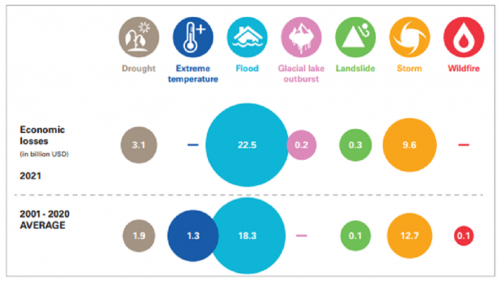 Source: ESCAP calculations based on EM-DAT, accessed on 30 April 2022

The report, which was produced jointly by the World Meteorological Organization (WMO) and the United Nations Economic and Social Commission for Asia and the Pacific (ESCAP), was presented at the 27th Conference of Parties (COP27) to the UN Framework Convention on Climate Change in Sharm El-Sheikh, Egypt.

Earlier this month, WMO announced its plan to develop a global early warning system for extreme weather events. These events will impact food security, poverty, inequality and will threaten the global goals on sustainable development.

SDG 13 for climate action has suffered from lack of global participation: Progress on achieving targets such as 13.1.1 on the number of deaths, missing persons and directly affected persons attributed to disasters and 13.1.2 on adoption and implementation of national disaster risk reduction strategies has been  insufficient.

India lost $4.4 billion due to storms, followed by China $3 billion and Japan $2 billion.

In 2021, over 80 per cent of the extreme events were floods and storms. Floods in India, China and Afghanistan caused the greatest number of fatalities, highlighting the high level of vulnerability of Asia, especially to floods.

In India, during the monsoon season, the heavy rain and flash floods resulted in about 1,300 human deaths, the report cited.

Most Asian countries prioritised adaptation in climate action plans but there is a need to do more to achieve early warnings for all, the authors of the report wrote.

Strengthening the early warning systems can play a pivotal role in taking anticipatory action, enhancing preparedness and reducing the impact of these hazards, it said.

Data on loss and damage is required more than ever as funding for loss & damage has made it to COP27 agenda for the first time ever in the history of UN climate negotiations.

A realistic estimate can still be made about the number of days the country recorded extreme weather events. But major gaps remain when it comes to loss and damage assessment, Delhi-based non-profit the Centre for Science and Environment noted in its report India 2022: An assessment of extreme weather events released November 1, 2022.

The new WMO report is based on the EMDAT database, the publicly available, global disaster database with gaps in data on economic damage, noted a study.

The economic damages of some disasters are not presented in the report due to data unavailability, WMO acknowledged in its report.

But despite this, the WMO report is certainly well-timed and has presented important evidence on loss and damage on behalf of the climate vulnerable Asian continent.

“It unpacks the interconnections between climate indicators and SDGs, and helps bridge gaps between science and policy practice,” said Armida Salsiah Alisjahbana, under-secretary-general of UN and executive secretary of ESCAP.