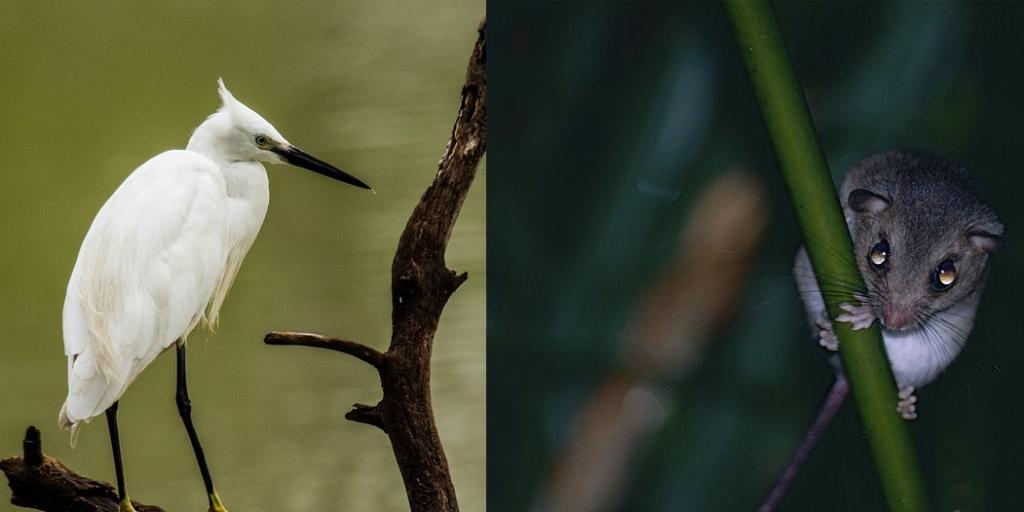 While the Little Egret has colonised Britain, the mosaic-tailed rat is extinct owing to human-induced climate change. Credit: Navaneeth KN/Flickr and Wikimedia Commons

Ever wonder why Little Egret colonised Britain despite the country being too cold for the bird or why the mosaic-tailed rat vanished from the face of the Earth? Answer: Climate and land-use changes. A study conducted by the University of Hong Kong says while the drastic change in climate is adversely affecting species distributions all across the globe, the world is also experiencing massive changes in land-use which is also impacting where species live.

To explore if both of these forces could affect species distribution, Fengyi Guo  from School of Biological Sciences at the University of Hong Kong (HKU), Dr. Timoty Bonebrake (HKU) and Dr. Jonthan Lenoir, a Junior Reseach Scientits at the National Centre for Scientific Research (CNRS) in France,  conducted this study, which was recently published in Nature Communications.

“By re-analyzing data on 2,798 elevational range shifts of plants and animals across 43 sites globally they found that species shifts tend to be constrained by surrounding forest cover. In cooler regions of the world, species shift at lower rates with increasing forest loss. Conversely, in warmer regions, like the tropics, the shift rate is accelerated with intensive deforestation,” says the report.

The study lays emphasis on the point that when it comes to species movement in response to climate change there exist multiple threats. For instance, habitat connectivity plays an important role in species movements as well. “Although forest loss in colder regions of the world is likely to impede species’ upslope movements, potentially by interrupting habitat connectivity, this negative effect is somewhat reversed in warmer regions where high forest loss tends to increase the elevational shift rate towards higher elevations,” say the report. This means warm-adapted species tend to shift upslope more rapidly in comparison to those in cooler regions.

The examples of land-use change given the researchers give are intensive deforestation in lowland areas, common in Southeast Asia, or forest expansion after land abandonment at high elevations in Europe.

This study is an explanation as to why Cetti’s warbler moved 150 kms further north within the United Kingdom in the last 40 years and the Comma butterfly is now also found in Edinburg, which is at least 220 kms north of its previous home in central England. However, there are several species who are unable to adapt and move in response to climate change or are unable to respond effectively. They are, consequently, at a higher risk of extinction, says the study. Reportedly, these species, like the polar bears, Adelie penguin, Pyrenean desman (mole), are usually the ones that are highly specialised in what they eat or where they live. Those who are already extinct owing to the man-made extreme weather are Bramble Cay melomys, a small rodent and only endemic mammal species of Great Barrier Reef.