Extreme weather leaves none of the 5 continents untouched 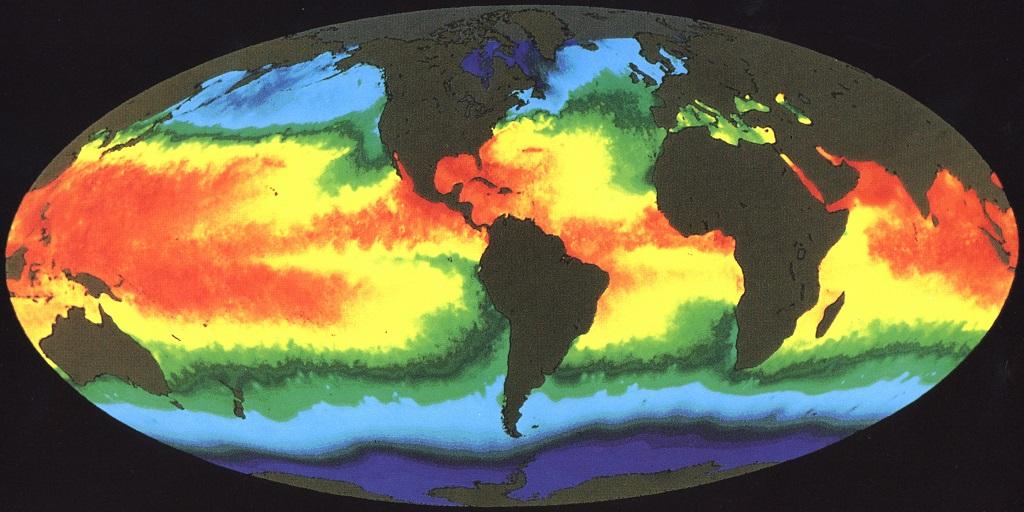 Why is it that now we are being asked to wake up to the problem of extreme weather? It’s not that climate change was invisible to us before. The difference is that now it is standing at an inch’s distance, staring at our faces and poking us. And by us, we mean all of us. Not one person, not one state, not one nation, but all five continents.

We talked about Japan getting 3 times the average July rain in 5 days,  UK being parched owing to heat wave, the entire northern hemisphere setting heat milestones, extreme weather events expanding their footprints in India and Cyclone Sagar displacing thousands in Middle East and East Africa. But, what’s the bigger picture? Lives in all five continents have been disrupted by extreme weather. It could be heat wave conditions, severe thunderstorms, wildfires, extreme rainfall, floods, droughts, snowfall and melting ice, but it has not happened in a part of the world but all over. Let’s take a look

The United Kingdom has been dealing with heat wave and drought for the past two months. According to the Meteorological Office (met office) of the UK, the highest temperature they recorded this year is 35.1 degrees Celsius at Heathrow airport on July 26. The highest July temperature ever recorded in the UK was 36.7 degrees Celsius at the same location on July 1, 2015. “The heat wave is coming to an end but it’s another hot day in the east and southeast of England today (July 27) with temperature expected to reach 36 degrees or 37 degrees Celsius. If all extreme weather events happen at once, there’s a 50 per cent chance that we will break the July record and a 20 per cent chance that we will set a new all-time high record,” said Will Lang, chief meteorologist, Met Office.

This had affected agriculture and led to decline in production of staple foods like potatoes, onions, milk and meat. Farmers were seen issuing warnings that prices of these items may rise because of wilting condition of the crops. After an unusually long dry weather conditions, UK has now been hit by a series of thunderstorms.

Heat wave conditions have also been seen elsewhere in Europe this July, like Greece where it killed 90 people.

The United States’ California was ravaged by a series of wildfires this season. The Carr fire in northern California, which started a week ago and is still on, is so large that it is creating its own weather system. This has made predicting the future course of the fire very difficult. The warm air rising from the fire is taking moisture and forming pyro-cumulus clouds which induce strong winds in the area. Six people have died in the wildfire, while 19 have been reported missing. It has spread over 103,000 acres of land destroying vegetation and taking down as many as 966 buildings. This makes it one of the 10 worst wildfires in the history of California. Wild fires start under extremely hot and dry conditions and their number and intensity has been steadily increasing in California in the past few years.

On the other hand, Canada saw record breaking temperatures in early July which led to 33 deaths. “The record temperatures are expected to continue in central & eastern Canada, so make sure you know how to protect yourself & your family,” tweeted Justin Trudeau, the Canadian PM, on July 5.

India saw a devastating season of dust storms in April-May that killed more than 500 people. Currently, the country is reeling under extremely heavy rainfall in some parts and drought conditions in others. While Odisha received record breaking rains on July 22, the entire North Eastern region is staring at a drought with 31 per cent deficit rainfall this monsoon. If conditions do not improve, this could be the worst monsoon the region has seen in 13 years. Many districts in Bihar too have received far too less rainfall this season and are drought prone.

In Japan, heavy rainfall in early July brought life to a standstill when more than 100 people were either killed or reported missing. The country’s meteorological department had declared the rainfall as ‘historic’ and Prime Minister Shinzo Abe had called the situation “extremely serious”. Motoyama, a town on Shikoku Island, had received 583mm of rain in a day. The Fire and Disaster Management Agency had ordered around 1.6 million people to evacuate their homes.

The Sahara desert, one of the driest places on Earth, had received 40 cm of snowfall in January this year. This was the third time it happened in 40 years.

Somalia was ravaged by cyclone Sagar in mid-May, the strongest tropical cyclone to ever hit the country with wind speeds of almost 100 km/hr. It killed 31 people and caused landslides and flash floods. The Somaliland had already been reeling under drought for five years.

On July 5, Africa recorded its highest temperature of 51.3 degrees Celsius in Algeria. Northern Algeria was under the influence of an unusually intense heat dome at the time.

Australia is suffering from severe drought for the past two months. In June, the country received below average rains in large parts of its west, north and south regions, while its Eastern mainland got historically low (bottom 10 per cent) rainfall. The country is seeing its farmers sending off their cattle to abattoirs as they do not have enough money for farming.

This is not just about one month.  The Australian Bureau of Meteorology says that parts of Australia experienced the second-warmest summer (December-February) and have just been through one of the driest and warmest autumns (March-May).

“Major impacts of climate change on human health are likely to occur via changes in the magnitude and frequency of extreme events which trigger a natural disaster or emergency,” says the Intergovernmental Panel on Climate Change. It also states that developing countries are 20-30 times more vulnerable to such events than industrialized countries.

Spread across the entire world and the year, these extreme events paint a sordid picture of the impact of climate change on the world at present and what the future entails.