To save lives, resiliency plans must understand how locals in climate-vulnerable places assess risk. 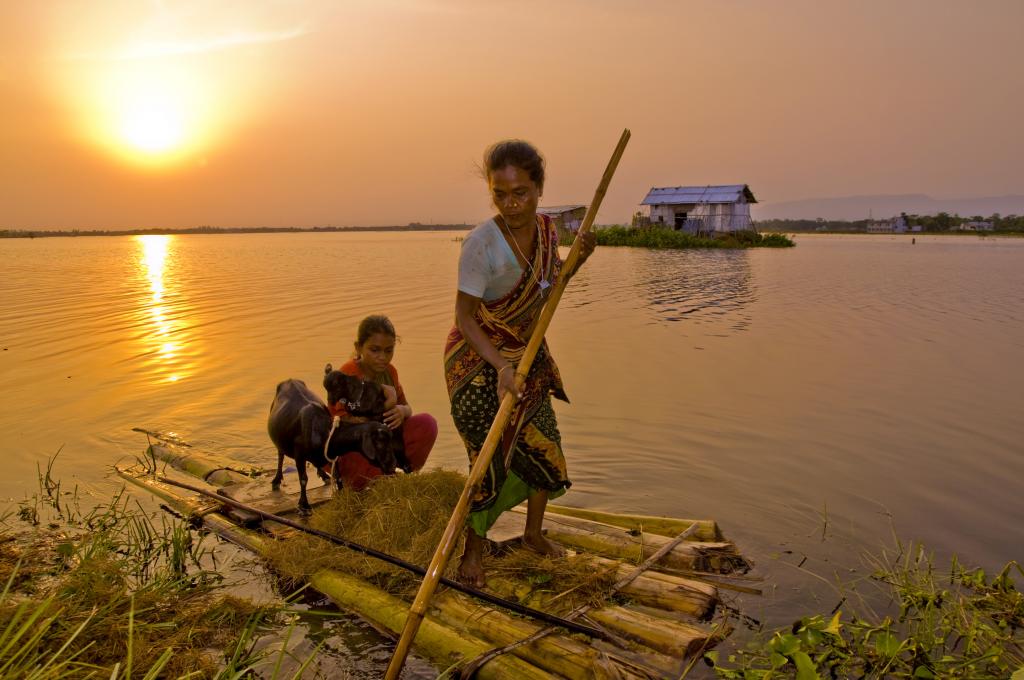 Though there are systems to warn people about impending hazards, officials have found that they do not necessarily evacuate before danger arrives. Credit: Wikimedia

Disasters are common in Bangladesh. The fertile country is situated on the Ganges–Brahmaputra delta and irrigated by the Meghna river, which enables it to sustain a dense population but also exposes it to floods, cyclones and other hazards.

These days, climate change is making such events both more frequent and more intense for Bangladeshis. Loss of life and property during the monsoon is a near-daily occurrence in most parts of the country.

In a global effort to reduce such hazards, the United Nations has crafted the Sendai Framework for Disaster Risk Reduction and Resilience, a 15-year plan to reduce the human, social and economic impacts of disasters.

Adopted in 2015, this international strategy aims to help countries that are particularly vulnerable to climate change prepare for the challenges they face. However, as our research in Bangladesh reveals, critical knowledge gaps remain. Though there are systems to warn people about impending hazards, officials have found that they do not necessarily evacuate before danger arrives.

Our ongoing study, which began in 2013, offers some insight into their reasoning.

In examining evacuation behaviour and decision-making in the face of environmental threats to Bangladesh, it quickly becomes clear how important it is for climate-change adaptation plans to include local inputs. Talking to the people about their experiences and perceptions of disaster risks can uncover unexpected views.

One study site from our nationwide research painfully demonstrates this point: Mazer Char, a delta island in Pirojpur district, is located about 330 kilometres southwest of Dhaka, Bangladesh’s capital. When I arrived there with my research team, curious residents greeted us, asking why we had we chosen to study their island.

As we began to explain our research subject, they instantly started connecting it with their own struggles.

On Mazer Char, the land is rich in vegetation and the waters are full of fish. Most residents of the forest-covered island, which is home to about 800 people spread across 180 households, make a living from fishing and livestock.

When disasters hit this low-lying island, they hit hard. “Four people died in this village during Sidr”, a 2007 cyclone that killed about 10,000 people across the country, one woman told me. At that moment, a man passed by, carrying wood for his kitchen stove. “He lost his wife”, she whispered.

The man overheard the exchange. He invited us to his house later that day to tell us his story, which is captured in the video below.

When we arrived the man, Nurmia, welcomed us. We sat down on the bamboo carpet. “I was born about 70 years ago”, he said, on the mainland, in a place called Ogolbadi. Nurmia left home after a dispute with his brothers over the family’s land, so he crossed the river to Mazer Char, hoping to build a new life.

Nurmia spends most of his time fishing, though because his boat is currently broken, he hasn’t been out on the water for a while.

“The wood here on the island is not very good, so I end up repairing it every year”, he sighed, adding that in the meantime he has been net fishing from the shore to put food on the table.

Nurmia then recounted the November night when Cyclone Sidr struck the island.

Riding out the storm

Although the residents of Mazer Char were warned about the cyclone approaching, Nurmia did not evacuate, nor did many other islanders, who could not bear to leave their homes and belongings behind.

People face complex and careful considerations in deciding whether to stay or to go during a cyclone. Some may want to evacuate but lack the financial means to do so, or feel constrained to simply abandon everything they own.

That was the case with Nurmia’s family. At the time, they had saved enough money to send their eldest son to Saudi Arabia for work. Sidr changed all of that. That night in 2007, the cyclone took nearly all of Nurmia’s possessions, and claimed the life of his wife.

Nurmia explained to us how riding out a cyclone at home can be much more costly than dropping everything and evacuating to a shelter. “We survived the cyclone once and this is what it taught us,” he concluded.

For researchers, Nurmia’s tale offers other lessons, too, which is that there is no right way to face a disaster. People dealing with environmental shocks in Bangladesh confront an impossible reality and a set of unthinkable choices.

Climate action strategies are a crucial tool to support populations living under extremely vulnerable circumstances. Yet it is our assessment that for such policies to be effective, closer attention must be paid to the differing local approaches that people take to climatic risk.

Some people are simply more vulnerable to disasters than others. While certain families may be able to afford to leave everything behind, the survival of others depends on their homes, livestock or property. To save their livelihoods, they may put their lives in danger.