The impacts of climate change on agriculture will continue to have significant implications for rural development, sustainable development and food security 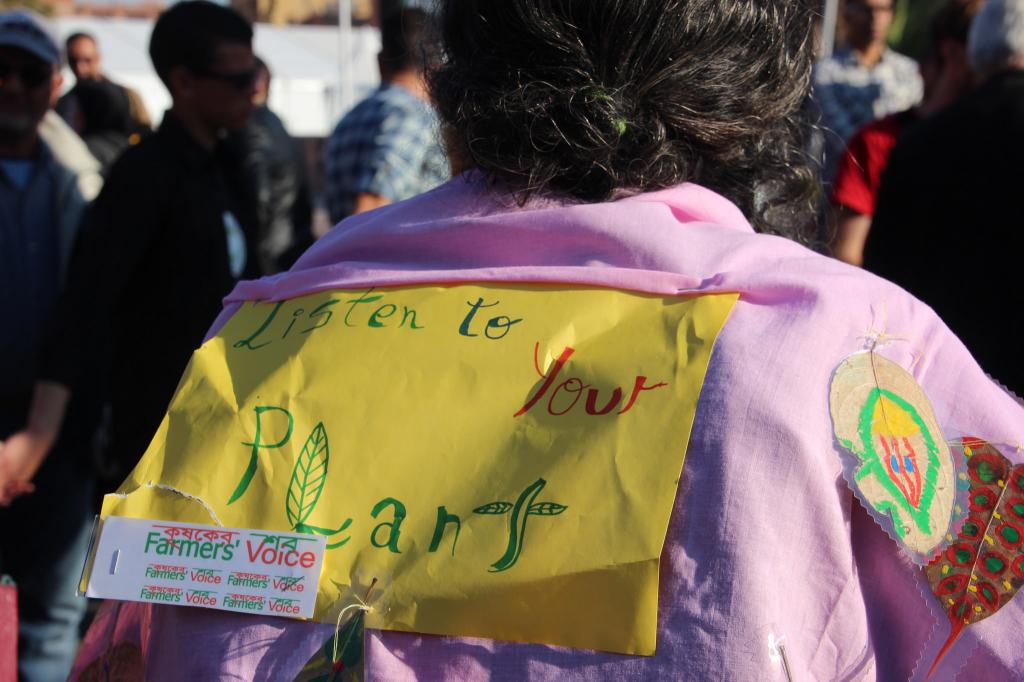 Almost no progress was made on issues related to agriculture at the COP 22. Credit: Takver/ Flciker

Participants from more than 196 countries attended the recently concluded 22nd Conference of the Parties (COP 22) of the United Nations Framework Convention on Climate Change in Marrakech, Morocco. COP 22 was projected as “Action COP” and there were expectations that significant progress will take place on issues related to agriculture. However, there was shadow of Donald Trump’s victory on COP 22 and concrete actions remained elusive.

Almost no progress was made on issues related to agriculture at the COP 22. However, all parties in Subsidiary Body for Scientific and Technological Advice (SBSTA) meetings prior to COP 22 had noted that agriculture and food production are highly vulnerable to adverse effects of climate change, particularly in developing countries. The parties have different national circumstances but all face various impacts of a changing climate. They have also reported specific climate change impacts on agriculture observed in their countries, particularly the increasing frequency of extreme weather events, including temperature stress (increasing day/night temperature, heat stress, extreme cold) and changes in rainfall patterns (fluctuating average annual precipitation, short and heavy rainfall leading to flooding and landslides, erratic rainfall leading to droughts and progressive drying of land, and periodical water shortages).

Recognising that the national-level information is often incomplete, the parties mentioned that the impacts of climate change on agriculture will continue to have significant implications for rural development, sustainable development and food security. It can lead to reduction of the GDP. There is also uncertainty over dearth of information on the impact of climate change on animal production segment and fisheries.

Under these circumstances, several civil society protests took place in Marrakech, parallel to the COP 22. Besides slow progress of climate negotiation, farmer groups and activists were seriously concerned about the solution being proposed for agriculture sector and farming communities. They strongly advocated that farmers’ voices should be taken into consideration, while taking any decision on issues related to agriculture and farmers.

Fisherfolk in Indonesia are being impacted adversely by the changing climate. They mostly depend on traditional knowledge to forecast weather and making correct prediction has become difficult now. The change in weather is unpredictable but the government does not provide an access to the weather information data easily, says Marthin Hadiwinata of Traditional Fisherfolk Union of Indonesia. He further adds that climate adaptation measures, which need to be taken urgently by the government, are not being implemented seriously. The small-scale fisherfolk, who form the majority, cannot provide stable income to their families and have become poorer.

Jean Baptiste Roux, a farmer and member of Confederation Paysanne, a farmer union in France, opposes industrialisation of agriculture and wants to promote small farmers. According to him, climate negotiators at COP 22 don’t hear their voice and they propose false solutions of climate change, which promote industries and corporations instead of small farmers. Roux also raises serious doubts about the effectiveness of proposed solutions like climate smart agriculture.

Demanding climate justice, Dharmendra Malik of Bhartiya Kisan Union, a farmer organisation in India, says that farmers in India are among the worst impacted by climate change. “We are now dealing with unseasonal rainfall, droughts and floods more often. However, we have to still see some concrete action for farming communities from recently concluded climate negotiations,” adds Malik.

“Farmers in Palestine are facing serious water shortage and not allowed to use most of the water resources as these are not in control of farmers in Palestine,” says Aghsan Barghoulthi of Unio of agricultural work committees (UAWC), Palestine. She further adds that rivers are becoming dry as water availability is being impacted by climate change and also being taken away by big corporations of Israel. Political conflicts in Palestine have adversely impacted agriculture and farmers. Farmers are not able to fight changing climate and meet water requirements for agriculture.

Jaron Browne, National Organizer at Grassroots Global Justice Alliance, calls for returning powers to small-scale farmers and rejecting bio-fuels, climate smart agriculture concept and other false solutions pushed by people with vested interests. “Food sovereignty is the way forward. We have to put the power of food producers back into the hands of food producers, farmers, workers, indigenous people and communities,” concludes Browne.