Flash floods in Dharamshala after heavy rains in Kangra district

Kangra district of Himachal Pradesh, where Dharamsala is located, recorded actual rainfall of 79.4 millimetres within 12 hours whereas the normal is 21.2 mm 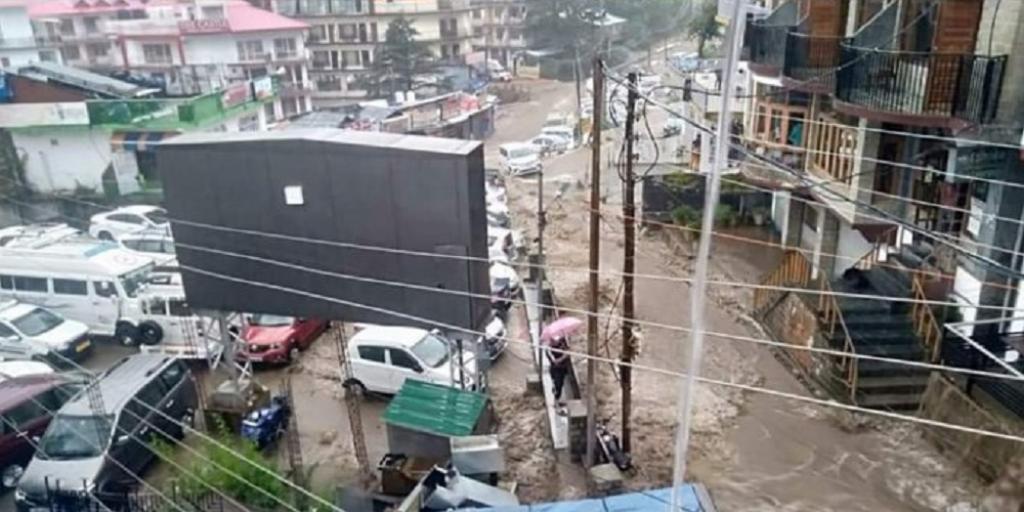 Dharamsala, the winter capital of Himachal Pradesh, has been hit by flash floods after heavy rains on the intervening night of July 11 and 12, 2021, according to media reports.

The Bhagsu Nag nullah, a local waterbody, became a raging torrent after heavy rainfall upstream in the catchment areas. A number of videos, include one by the Station House Officer of McLeodganj showed visuals of the nullah frothing with muddy water, which also damaged a number of vehicles. According to media reports, hotels in the areas too have reported damage.

A Cloudburst triggers flash floods in Dharamshala, Himachal Pradesh, which causes severe damage in the city.

We pray for the safety of the people and urge government authorities to evacuate people safely.#Dharamshala pic.twitter.com/CDSA38euB9

The  IMD website showed that Kangra district of Himachal Pradesh, where Dharamsala is located, recorded actual rainfall of 79.4 millimetres, whereas the normal is 21.2 mm. The departure thus is 275 per cent according to IMD. These figures were recorded between 8.30 pm July 11 to 8.30 am July 12.

According to media reports, an ‘Orange Alert’ has been sounded in Dharamsala due to the rains and flooding.