From Africa, with will

For the first time, African countries flagged off urbanisation as a factor impacting climate change at the recently held Africa Carbon Forum meeting. Shreeshan Venkatesh analyses why this offers an opportunity for a new urban development design 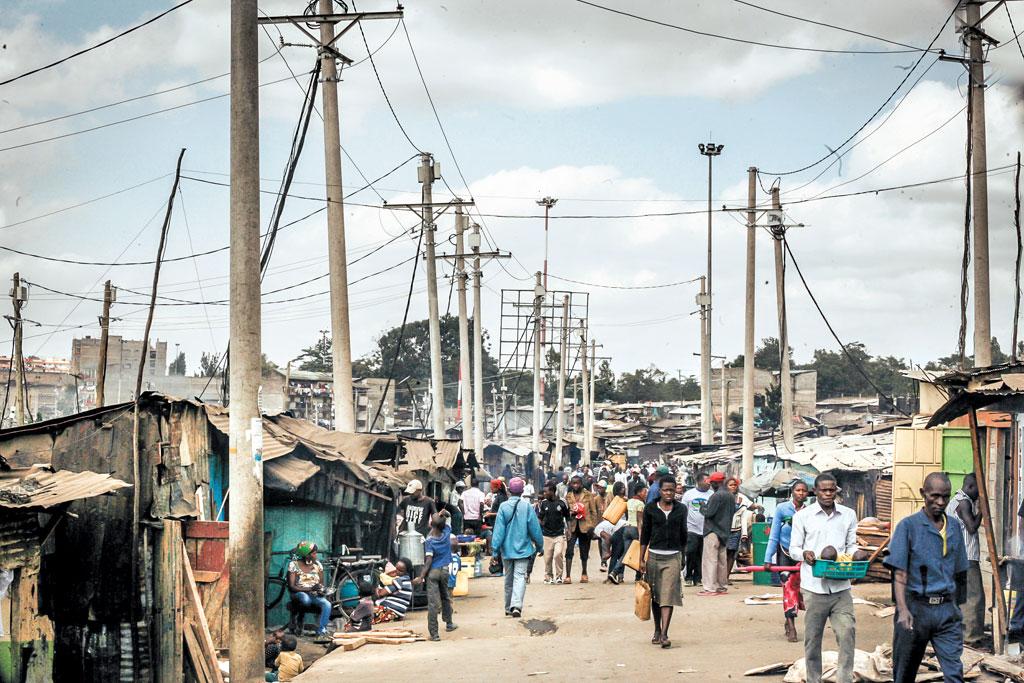 On an average, 60 per cent of urban Africa lives in slums and uses firewood as a source of energy (Credit: Julius Mwelu/Un-Habitat)

Notwithstanding the uncertainty about the Paris Agreement to fight climate change after the withdrawal of the US, countries in the African continent are unanimous that more cooperation is required to pursue the global deal. This was the message at the recently held (June 28-30) 9th Africa Carbon Forum (ACF) in Cotonou, Benin, where key public and private sector stakeholders and other non-party actors from Africa and beyond discussed climate change mitigation. This was the first meeting of the ACF since the Paris Agreement came into force in November 2016. Moreover, it was the first time ACF took up an agenda usually ignored when discussing climate change in Africa: rapid population growth and urbanisation.

Organised under the umbrella of the Nairobi Framework Partnership, ACF serves as a regional climate action event which suports non-government stakeholder action in the run up to the yearly Conference of the Parties (COP) to the United Nations Frame-work Convention on Climate Change.

According to the latest World Population Prospects report, population growth in Africa is the fastest in the world. The continent’s population is expected to double to 2.5 billion by the mid-century. Another trend of concern is the boom in cities. From 1980-2014, Africa’s urban population grew by a staggering 4.4 per cent per year, which is more than double the rate of urbanisation projected for India between 2015 and 2030. In 2014, only 40 per cent of Africa lived in cities. By 2050, the ratio is expected to be at least 55 per cent.

Although cities are indicators of progress, what makes the African growth story bittersweet is the city-climate change link coupled with poor economic development and haphazard planning. Urbanisation results in raised Green House Gases (GHG) emissions and cities, which are centres of production, are responsible for up to 70 per cent of global GHG emissions. What makes cities especially vulnerable to climate change impacts is dense population and large-scale land-use change. According to the UN-Habitat’s Global Report on Human Settlements 2011, cities are very likely to face frequent heat waves and floods caused by heavy precipitation. “On an average, 60 per cent of urban Africa lives in slums and uses firewood as a source of energy. This contributes to environmental degradation and puts people at risk from climate change,” said Vincent Kitio, Chief of UN-Habitat at the forum.

More so, the challenge, as the participants pointed out, is that countries in Africa are hardly prepared for a boom of this kind in urbanisation. Only one in three African countries has any national urban policy. And even where policies exist, proper implementation is rare. Lack of planning is evident in Africa’s pitiable access to energy. According to a 2014 International Energy Agency (IEA) report, urban electrification in almost half of Africa is under 50 per cent while the sub-Saharan average is below 60 per cent. According to the Key World Energy Trends 2016, bio-fuels account for close to 50 per cent of Africa’s consumption. Put together, the impacts of high-density settlements and poor energy access are leaving a mark. The World Health Organization’s ambient air quality data reveals that of the 40 African cities monitored, PM10 and PM2.5 levels in 39 were several times higher than the prescribed limits.

Will the demand for energy mar climate mitigation efforts?

According to IEA estimates, energy access in urban Africa will reach 93 per cent by 2040. Riding on this expansion, the total energy demand will likely burgeon up to 70 per cent over 2012 levels.

The added burden could substantially setback mitigation efforts. Under current policies, carbon emissions from the conti-nent are likely to jump to over 1,800 million tonnes of carbon dioxide equivalent (MtCO2), a 67 per cent increase from 2014. In order to limit temperature rise to 2 degrees Celsius by 2100, Africa will have to keep emissions below 1089 MtCO2.

Following US withdrawal from the Paris Agreement, European Union and China have emerged as potential leaders but the success of the agreement is arguably contingent on Africa. Even with American participation, the Nationally Determined Contribution of the world’s major emitters leaves no space for smaller economies to expand emissions. The withdrawal will pre-sumably necessitate a contraction from Africa, which comprises about a fourth of the signatories. So will the Paris Agreement prove to be detrimental to Africa’s growth? It could actually be an opportunity.

Even though nearly half of Africa’s energy comes from biofuels, the dependence on biofuel has fallen 13 percentage points from 61 to 48 per cent between 1971 and 2014, and coal dependence has fallen from 19 to 15 per cent. The shift has been accommodated almost entirely by natural gas, which is now on equal footing with coal, just behind oil. Kitio says, “The situation in Africa is an opportunity for transformation of rural and semi-urban areas into efficient urban spaces. Three-fourths of the energy demand are from cities, 10 per cent of the needs should ideally come from exploiting solar power.”

Of the sectors that offer sites for emission cuts, energy has the highest potential. A study of 21 countries in eastern and southern Africa found that pursuing the maximum potential of wind and solar energy would produce enough energy by 2030 to meet the energy demands of the countries twice. Off-grid technologies too are now taking root as costs of solar cells and batteries fall steadily. It is estimated that around 60 million Africans now have access to decentralised solar power. However, the development of renewable sector in Africa has failed to keep up with the global pace. While global renewable capacity has more than doubled in the last decade, Africa has witnessed an increase of just 66 per cent. Its production has increased by little over 40 per cent.

The relative sluggishness corresponds sharply with the lack of technology and finance. “The private sector is vital in bringing climate finance to Africa. Markets are the most efficient way of driving that investment, which in turn aids African nations to grow in a more sustainable way,” said Dirk Forrister, the International Emissions Trading Association’s CEO and President, at the forum.

Nevertheless, Africa currently has an opportunity to carve out a unique developmental path, distinct from the hydro-carbon-powered mess the rest of the world is dealing with.