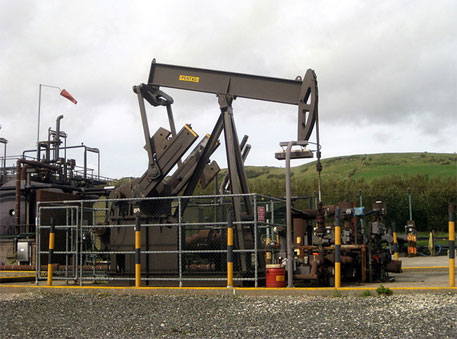 Ahead of the G20 Summit in Brisbane, Australia, this week, a report has revealed that the nations of the trading bloc, especially the rich ones, are subsidising oil, gas and coal companies by about $88bn a year to explore for new reserves, despite evidence that most fossil fuels must be left in the ground if the world is to avoid dangerous climate change.

The report, titled “The fossil fuel bailout: G20 subsidies for oil, gas and coal exploration”, has been compiled by British think tank, the Overseas Development Institute (ODI), and Washington-based analyst, Oil Change International. Its data is drawn from the Organisation for Economic Co-operation and Development (OECD), government documents, company reports and institutions.

In an article, British daily, The Guardian, called the report “The most detailed breakdown yet of global fossil fuel subsidies”.

According to the report, the US government provided companies with $5.2bn for fossil fuel exploration in 2013, Australia spent $3.5bn, Russia $2.4bn and the UK $1.2bn. Most of the support was in the form of tax breaks for exploration in deep offshore fields.

The report went into detail about how British money was spent on various exploration efforts around the world. In the five year period between 2009 and 2014, it gave tax breaks totalling over $4.5bn to French, the US, West Asian and North American companies to explore the North Sea for fast-declining oil and gas reserves. A breakdown of that figure showed over $1.2bn of British money went to two French companies, GDF-Suez and Total, $450m went to five US companies including Chevron, and $992m to five British companies, reported The Guardian.

The Guardian noted that the report was important because it showed how reforming fossil fuel subsidies was a critical issue for climate change.

“The evidence points to a publicly financed bailout for carbon-intensive companies, and support for uneconomic investments that could drive the planet far beyond the internationally agreed target of limiting global temperature increases to no more than 2C,” the newspaper quoted the report’s authors as stating.

“This is real money which could be put into schools or hospitals. It is simply not economic to invest like this. This is the insanity of the situation. They are diverting investment from economic low-carbon alternatives such as solar, wind and hydro-power and they are undermining the prospects for an ambitious UN climate deal in 2015,” said Kevin Watkins, director of the ODI.

“The IPCC [UN climate science panel] is quite clear about the need to leave the vast majority of already proven reserves in the ground, if we are to meet the 2C goal. The fact that despite this science, governments are spending billions of tax dollars each year to find more fossil fuels that we cannot ever afford to burn, reveals the extent of climate denial still ongoing within the G20,” said Oil Change International director Steve Kretzman.