Weak legislation, corruption, lack of data are compunding environmental problems in a country which has over 10% of its area covered by national parks 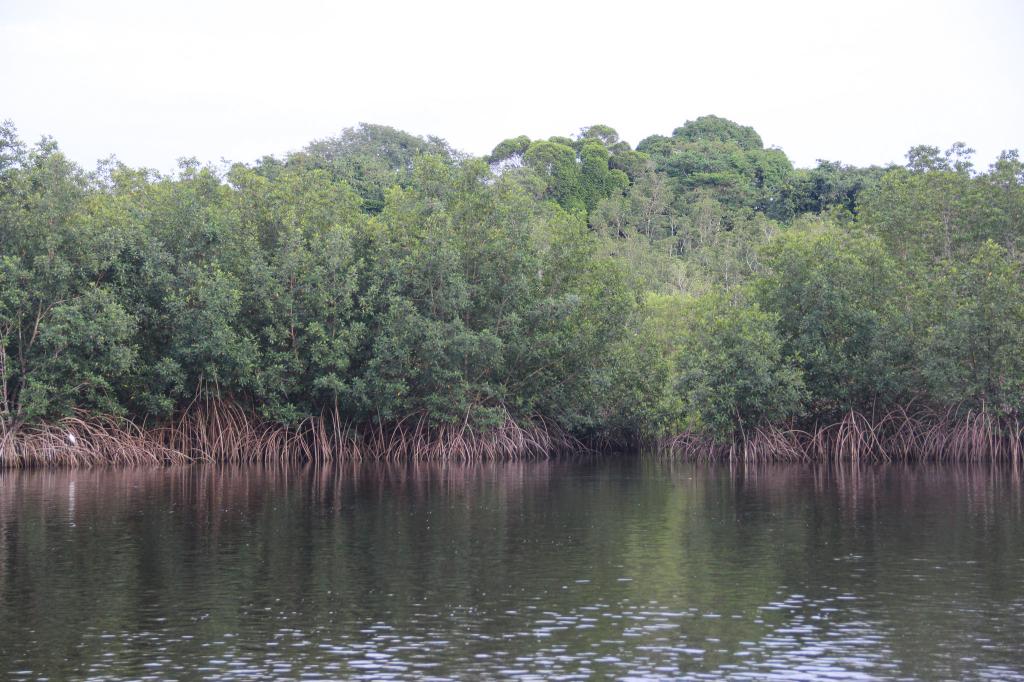 Mangroves are being cleared for the rapid expansion of the capital city, Libreville. Credit: Worldbank Gabon/Flickr

Libreville, capital city of Gabon, on the west coast of central Africa has one thing in common with India’s financial capital.

Actually, make that two. Rampant construction and lack of planning is ravaging mangroves, which are carbon sinks and regulators of floods, in both cities.

Mangroves have been ripped apart for development near Libreville, threatening its fragile ecosystem, says a recent media report.

Africa hosts about 19 per cent of the world’s mangroves, of which about many are in West-Central Africa. A study says that about five million people are dependent on small-scale fisheries for their livelihoods and fish are a major source of dietary protein. But today, mangroves are threatened the world over by increasing human pressures resulting from deforestation, land cover change, upstream diversions of freshwater, and pollution.

Gabon accounts for around half of all the mangroves in the Gulf of Guinea region, most of which are on the outskirts of Libreville, says the media report.

Experts quoted in the article say that the ground here is swampy and yet construction continues on unsuitable land. They warn that by covering the ground with concrete, the water will rise. This could inevitably lead to floods with global warming.

In the absence of strong planning and legislation, plots easily exchange hands. More so, weak implementation along with corruption worsens the scenario. Although there is a law that provides for studies on the environmental impact (of new buildings), these aren't being done, it said. Lack of data, including on the city's population growth and inadequate maps of protected areas creates a situation not easy to amend.

The need of the hour, say experts, is to take up rigorous urbanisation and land management policies, or else risk facing devastation by climate change, land disputes, increased poverty, disease and mortality.