From glacier melting to rise in glacial lakes, eastern Himalaya most hit by climate change

Among the 25,614 glacial lakes identified in five major river basins of Hindu Kush Himalayas, Brahmaputra Basin has the highest number of glacial lakes

This is the first comprehensive assessment of the distribution of glacial lakes in HKH. Credit: Pixnio

One of the impacts of melting of glaciers is the formation of new glacial lakes by accumulation of meltwater resulting from the glacier retreat. These new lakes formed due to shrinking glaciers in the Alps, Himalaya, Andes and other mountainous regions have increased the risk of glacial lake outburst floods (GLOFs).

The Hindu Kush Himalaya (HKH) also has widespread presence of such glacial lakes and many of them are potential sources of flood. It is in this context that the International Centre for Integrated Mountain Development, ICIMOD has done the first comprehensive mapping of glacial lakes of five major river basins of HKH— Amu Darya, Indus, Ganges, Brahmaputra, and Irrawaddy, including Mansarovar Interior Basin. 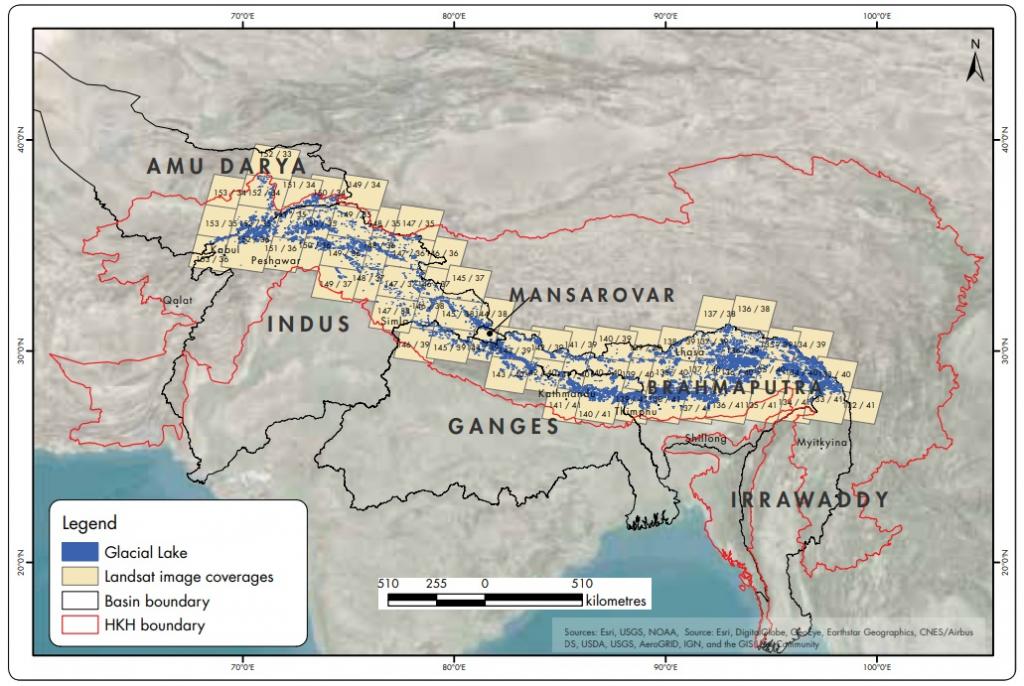 Survey carried out based on remote sensing (RS) and geographic information system (GIS) reveals that there are a total of 25,614 glacial lakes covering an area of 1,444 sq km within the five major river basins. This includes all the glacial lakes greater than or equal to 0.003 sq km. According to the report, almost 79 per cent of lakes mapped are less than 0.05 sq km in size.

The largest lake, with an area of 15.1 sq km, lies in Amu Darya River Basin.

While differences in glacier status exist from region to region in the HKH, there is unanimity among studies that the greatest decrease in the length and area has occurred in the Himalaya and Tibetan Plateau.  Hence, it is no surprise that both lake density and area coverage of lakes are much higher in the eastern part of the HKH with much more concentration towards the east of central Nepal.

According to the report, there has been a substantial increase in glacial lake area in the eastern Himalaya (Bhutan and Nepal) between 1990 and 2009 and climate change has played a major role in it. More than 50 glacial lake outburst events have been recorded in the HKH but records are available only for parts of China, Nepal, Pakistan and Bhutan. These events cause flooding of pastures, damaging people’s lives and property in the mountains and also in downstream areas, the report points out.

The HKH is home to the world’s greatest areal extent and volume of permanent ice and permafrost outside polar regions. According to the Intergovernmental Panel on Climate Change (IPCC 2007), climate change is an accelerating process as evident from the rise of global temperature, especially since the late 1970s. Consequently, glaciers, snow and permafrost have undergone significant changes during recent decades.

The report calls for assessing downstream vulnerability and understanding dynamics of glacial lakes and the risks associated with outburst floods.