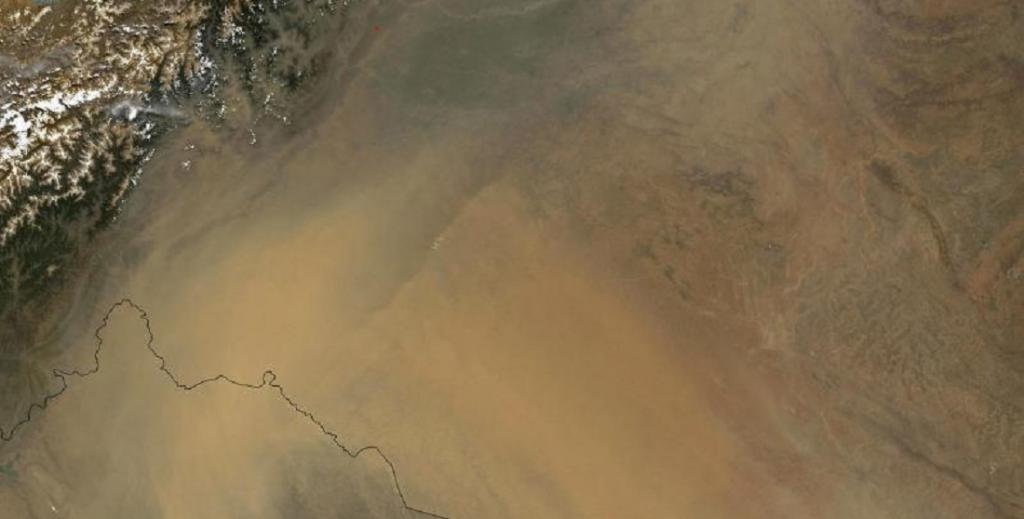 Dust blowing in from the Thar desert in northwestern India, from Saudi Arabia and the Sahara desert in north Africa is causing a rapid melting of snow in the western Himalayas, according to a new study.

The research has been done by scientists from the US government’s Pacific Northwest National Laboratory and the Indian Institute of Technology Madras. It has been financed by the National Aeronautics and Space Administration.

The researchers found that due to climate change, wind patterns had changed, which were blowing dust in the direction of the Himalayas. Due to human-induced land use changes, there were no longer enough trees in the area that could stop the dust as there used to be.

Pure white snow reflects all heat. However, that is not the case with ‘dirty snow’. This is called the ‘albedo effect’, which is the measure of an object to reflect sunlight.

Because the dust travelling to the Himalayas deposits on the snow and ice, it causes it to reflect sunlight poorly. This, in turn, causes it to melt.

The increase in dust in the Himalayas could have catastrophic consequences for people living in parts of India, China and southeast Asia, who depend on Himalayan glacial melt for their water needs, the study warned.

The research has been published in the journal Nature Climate Change. 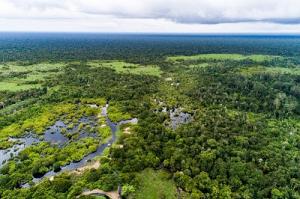 A team of researchers led by scientists from the University of Oregon in the United States claimed to have discovered what could possibly be the oldest tropical peatland in the world, a press statement by the university has said.

Peatlands are a type of soil made from organic matter such as wood and leaves.

The site was found near the city of Putussibau, on the Indonesian-administered area of the island of Borneo. It was dated to be formed at least 47,800 years ago, according to radiocarbon dating.

The discovery of the site suggested that the region had remained sufficiently wet and warm enough during the last ice age to support the growth of peat, according to the scientists.

The site was found to be 17 to 18 metres deep. The average peat depth in Indonesia is 5 to 6 metres, the scientist noted.

Peatlands store a lot of carbon and play an important role in the carbon cycle. Indonesia’s ancient peatlands are increasingly becoming threatened due to changes in land use, according to the researchers.

The findings were published in Environmental Research Letters.

Indian, German, British and Swiss scientists have discovered a new family of bony fish from the Western Ghats, The Hindu reported October 5, 2020.

The family has been named Aenigmachannidae. It consists of the Gollum snakehead, discovered by chance in the aftermath of the August 2018 Kerala floods and the Aenigmachanna mahabali, which was discovered ‘opportunistically’ from a dug-out well, the report said.

Aenigmachannidae represents a new family, different from Channidae, in which both species were initially placed.

Both fish that have been placed in the family, occur in aquifers and subterranean channels of paddy fields and dug-out wells in northern Kerala’s Malappuram and Pathanamthitta districts.

The fish are thought to represent an ancient, unbroken ‘Gondwanan’ lineage that survived the break-up of the Gondwana supercontinent and the northward drift of the Indian subcontinent, about 100 million years ago, according to the scientists.

The research by the scientists was published in the journal Scientific Reports.

Now it's time for some fishy animation!! Have a look at the skull of the weirdo #gollumsnakehead #livingfossil #Aenigmachannidae

For those who have not yet checked out the super cool paper, have a look at https://t.co/fWFeMWUgP1 pic.twitter.com/qsr0F9Jdz3

357 leopards captured and translocated in Karnataka between 2009 and 2016 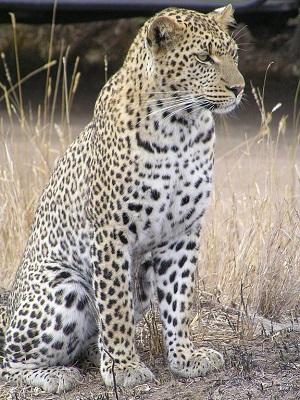 Some 357 leopards were captured and translocated, mostly in Karnataka between 2009 and 2016, in a violation of Union government laws, a study has shown, according to a report in the Hindustan Times.

The study was conducted by Mysuru-based non-profit Nature Conservation Foundation and included a questionnaire survey. At least 64 per cent of the forest department’s field managers did not know about the Union environment ministry’s guidelines regarding capture and translocation of leopards, the HT report said.

Merely sighting a leopard in the vicinity of a human habitation does not mean the animal has strayed from its natural habitat, according to the 2011 guidelines of the Union environment ministry.

Such animals should not be captured or translocated, they add. If a leopard is translocated, another takes its place and conflict with humans is aggravated.

The study was published in the Journal of International Wildlife Law and Policy in September 2020. 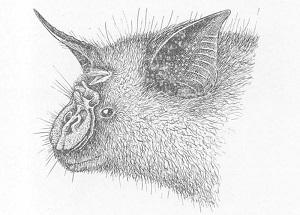 Two teams of scientists have discovered two new relatives of the Rubella virus, according to a press statement by the University of Wisconsin-Madison in the United States.

The Rubella virus was first described by George Maton in 1814. Henry Veale gave it the name ‘Rubella’ in 1866. However, it was only in 1962 that its full impact was identified.

An airborne, it can cause miscarriage, stillbirth and fetal development defects during pregnancy. It is not known in animals. It has largely been eradicated due to an effective vaccine.

Till now, it was thought the Rubella virus was the sole member in its family Matonaviridae.

That has, however, changed now. A team of African and American scientists discovered the ‘ruhugu’ virus in insect-eating, cyclops leaf-nosed bats in the Ruteete Subcounty in Uganda.

Meanwhile, another team of researchers discovered the ‘rustrela’ virus in mice in Germany.

The teams had initially worked independently, unaware of the other’s findings. Now, they have collaborated to publish their findings in Nature.

Neither of the new viruses is known to infect people.

A total 18,493 families in 215 villages across Protected Areas (PA) in India have been displaced in the 48 years since the inception of Project Tiger, the Union government’s flagship scheme for tiger conservation.

The Union Ministry of Environment, Forest and Climate Change shared the information in response to a query filed under the Right to Information (RTI) Act and accessed by Down to Earth.

The displacements, according to the RTI response, happened from the core areas (also known as critical tiger habitats) created under the Wildlife Protection Act (WLPA), 1972.