Greta, 15 other children filed a UN complaint against 5 countries. Here's what it'll achieve

Whether or not the petitioners are successful, the mere act of filing the complaint has already brought the matter into the public eye 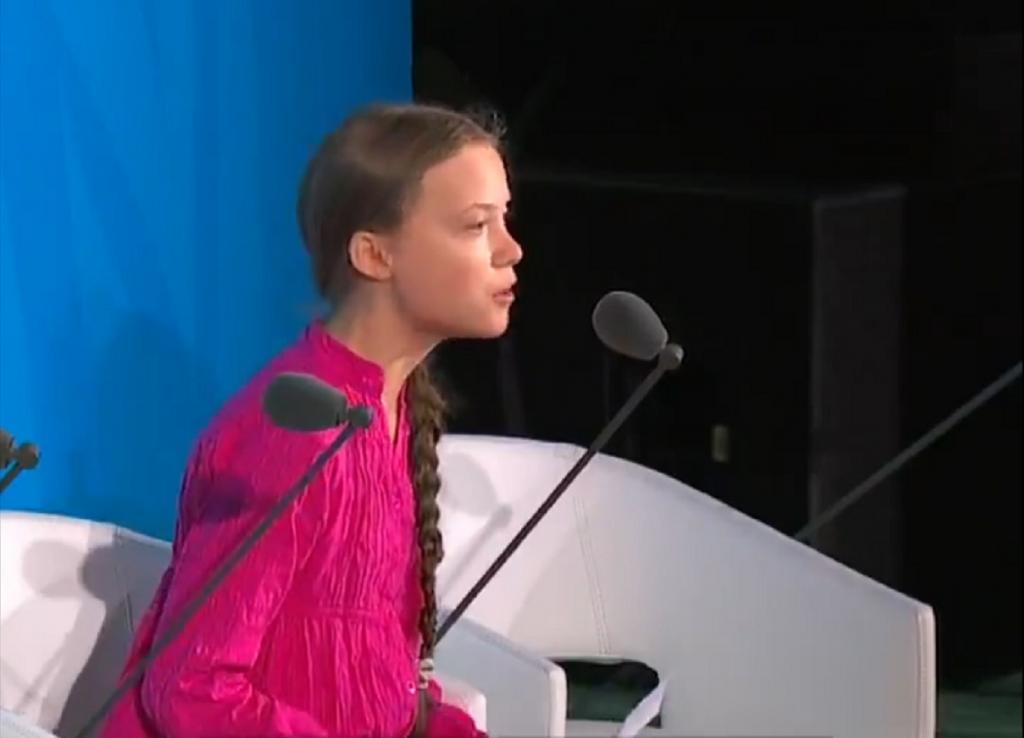 Yesterday, climate activist Greta Thunberg joined 15 other children from around the world to submit a complaint — or “communication” — to the Committee on the Rights of the Child. They targeted Argentina, Brazil, France, Germany and Turkey.

Ranging from nine to 17 years old, and from 12 different nations, the group includes a young Sami reindeer herder, a member of the Indigenous Yupiaq tribe, and teenagers from the Marshall Islands who fear their island home will vanish under rising sea levels.

Their communication argues these countries are violating the standards set in the Convention of the Rights of the Child — which is run and monitored by the committee.

They allege these countries are:

recklessly causing and perpetuating life-threatening climate change [and] have failed to take necessary preventive and precautionary measures to respect, protect, and fulfill the petitioners’ rights.

In particular, the communication alleges the petitioners’ rights to life, health, and culture have been violated.

But whether or not the petitioners are successful, the mere act of filing the complaint has already brought the matter into the public eye.

So what role does the committee play? And can their claim actually change international climate policy?

Standing up for the rights of the child

The Convention on the Rights of the Child (CRC) is an international human rights treaty that concerns the right to protection and the economic, social, cultural and political development of all children.

And it’s the job of the Committee on the Rights of the Child — a group of 18 independent experts — to monitor the worldwide implementation of the convention’s standards.

The convention came into force in 1990 and is “the most rapidly and widely ratified human rights treaty in history”. All the countries of the world bar one — the United States — have ratified the treaty.

The CRC establishes global standards with respect to human rights as they apply to children. In particular, Article 3 of the CRC requires:

in all actions concerning children, whether undertaken by public or private social welfare institutions, courts of law, administrative authorities or legislative bodies, the best interests of the child shall be a primary consideration.

How the CRC works

The CRC committee has two functions. First, it oversees the implementation of the convention by receiving reports every five years from participating countries outlining the steps taken to fulfil their obligations.

Read more: Climate change: children are carving out a place in politics — now adults must listen and act

Information is also gathered from NGOs and other sources to identify areas of concern. For example, Australia’s last report to the committee was submitted in January 2018. It addressed issues such as the offshore detention of child refugees.

The Australian government appeared before the committee on September 9 and 10, and the committee’s recommendations will be received by the end of this week.

But the second, relatively new, function of the committee permits an individual, or group of individuals, submit a communication arguing their rights have been violated. This “Optional Protocol” — adopted by the UN General Assembly in 2011 — is what Greta Thunberg and the 15 other children are using.

Communications may only be made in respect of countries that have ratified the Optional Protocol and, to date, only 45 out of the 196 state parties have done so. Australia, the United States, Great Britain and China are among those countries that have not signed or ratified.

Argentina, Brazil, France, Germany and Turkey have ratified the Optional Protocol and have also ratified the substantive international legal obligations relating to climate change. As Greta recently tweeted, this is why these particular five countries were selected.

There are a number of procedural legal hurdles that must be cleared before the committee can address the substance of the issue.

First, it must be determined if the communication is actually admissible, which includes whether the petitioners have exhausted the legal options in their home countries for addressing their concerns.

But while Thunberg and her co-petitioners have not brought any actions in state or federal courts it may be the committee allows the matter to proceed anyway, since taking such action may have been “unreasonably prolonged or unlikely to bring effective relief”.

Second, the committee must rule on jurisdiction, as the obligations of the CRC only apply to each child within a country’s jurisdiction.

Some of the petitioners meet this requirement by virtue of their nationality or residence, but the communication makes a broader claim: any child is within the jurisdiction of a country when its polluting activity impacts the rights of children, within or outside that country’s territory.

This is a very significant claim: essentially, that carbon pollution leading to climate change violates the rights of children worldwide.

Only once these hurdles are cleared will the committee investigate the substance of the complaints, proceed to a hearing, and make recommendations to any country responsible for violation.

Are they likely to succeed?

The success of the claims may seem a foregone conclusion, as the committee is one of five UN human rights treaty bodies to recently issue a joint declaration stating: “climate change poses significant risks to the enjoyment” of human rights. And that climate change is “a children’s rights crisis” seems an inevitable conclusion.

Still, the communication must clear all the legal hurdles set out above.

Read more: 'They'll give me a detention but it'll be worth it' — a climate scientist interviews his climate striking daughter

If they haven’t, there’s not much the committee can do to compel a country to take action.

But the committee’s conclusions are not without impact. Its views and recommendations are strong advocacy tools.

Alongside the school strikes, the communication is part of a broad campaign designed to focus political attention on the issue of urgent action on climate change.