A heatwave over such a large stretch, as well as a complete lack of thunderstorms over such a prolonged period is unprecedented, say experts 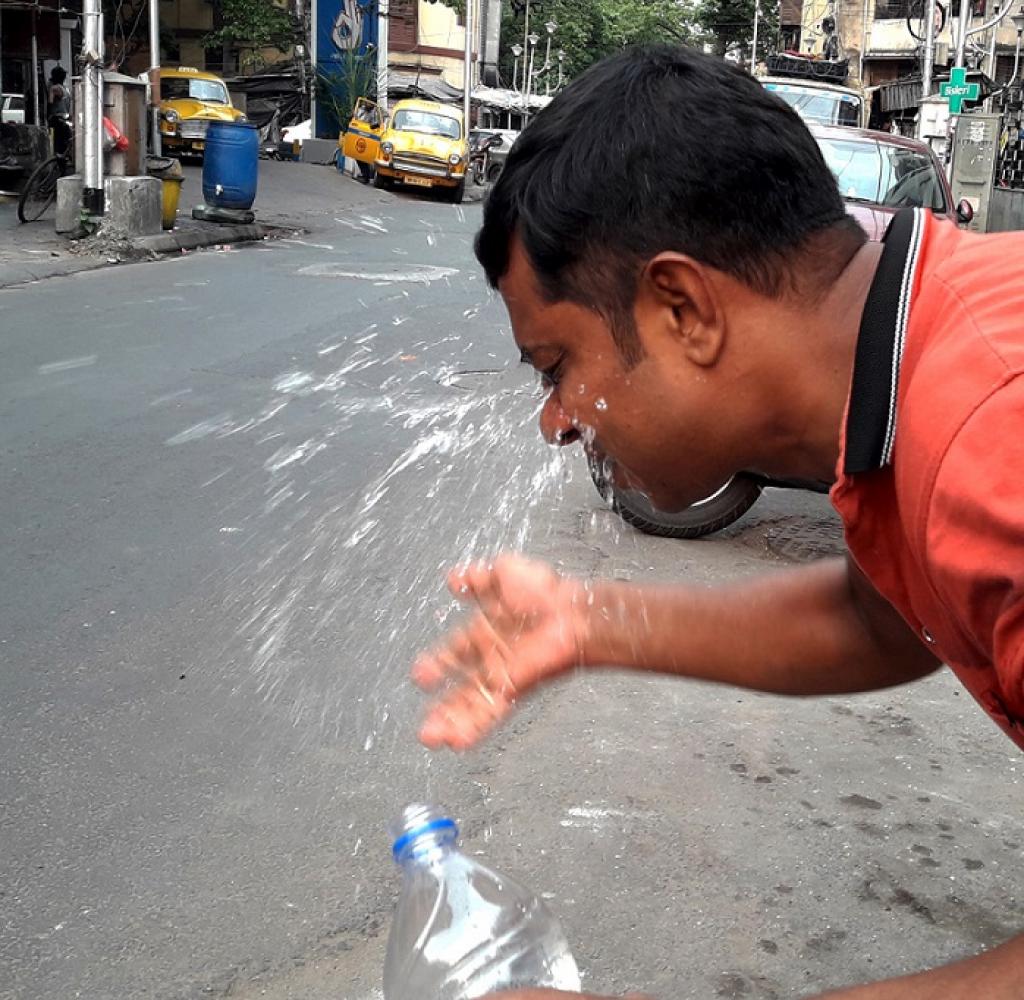 Kolkata recorded 39.5°C on April 25, according to the IMD. Photo: Jayanta Basu

Ten of West Bengal’s 23 districts have been reeling under heatwave conditions, while several other districts are on the threshold of such conditions, the India Meteorological Department (IMD) said April 26, 2022.

IMD experts called the situation ‘unprecedented’, mainly due to the complete lack of thundershowers as well as the wide spread of heatwave conditions in April. They predicted the trend would continue throughout the ongoing week.

“According to our findings, heatwave conditions were present in 10 West Bengal districts, mostly in the southern part of the state, on April 25,” GK Das, head of IMD Kolkata, told this reporter. Southern Bengal has 15 districts.

According to data, Bankura topped the mercury chart, with a maximum temperature of 43.9 degrees Celsius.

Birbhum, Howrah and North 24 Parganas recorded around 41°C. All districts having a maximum temperature of more than 40°C on April 25, had 4.5 to 6.5°C more temperature compared to normal.

Incidentally, Hooghly district at the western fringe of Kolkata was the table topper on temperature rise as it recorded a 6.5°C higher temperature than normal on April 25. This is known as a ‘severe heatwave condition’.

IMD predicted that heatwave conditions are likely to continue in seven southern Bengal districts till April 28, while the number may decrease after that. “We expect the situation to improve from April 30 onwards, as there may be some rain,” Das said.

“A maximum temperature above 40°C is not uncommon in some places within West Bengal during this period. But a heatwave over such a large stretch, as well as a complete lack of thunderstorms over such a prolonged period is unprecedented,” Banerjee added.

According to sources, under normal conditions, Kolkata and the rest of southern Bengal normally receive about six thundershowers during March and April. But there have been none so far this year.

“Thundershowers are not happening because there is no adequate moisture in the air as it is drying up due to extreme heat,” AP Dimri, a climate expert and professor at Jawaharlal Nehru University, New Delhi, said.

“Searing heat in central and north India as well as dominant westerly flow have combined to lead to this situation. Whatever moisture is entering southern Bengal, is getting arrested at the lower level of the atmosphere and failing to trigger thundershowers and northwesterlies,” GC Debnath, a retired IMD scientist, said.