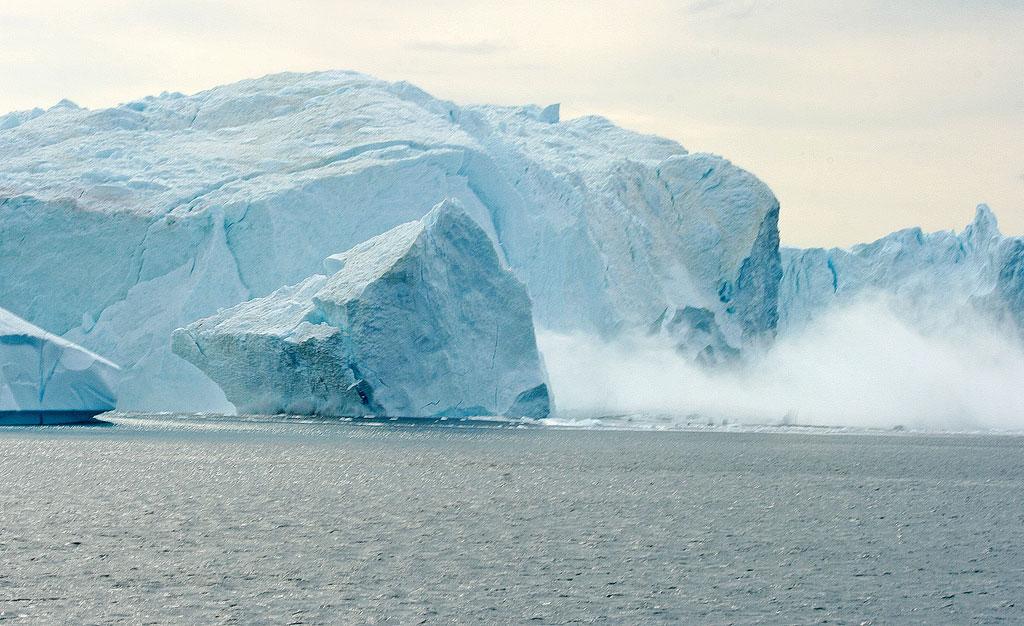 Lately, there has been a notable increase in the loss of the Greenland ice sheet (GIS) due to its seaward slide. A new research holds higher-than-expected geothermal heat flux (GHF) from the Earth’s interior responsible for the sliding of glaciers towards the sea and hence, acceleration of the surface melting.  The GHF is the amount of heat moving steadily outward from the interior of the Earth through a unit area in unit time. The geothermal gradient varies with location.

Presenting the first direct measurements of GHF from beneath a deep fjord basin in Northeast Greenland, This collaborative study by the scientists from the Aarhus University, Denmark and the Greenland Institute of Natural Resources, Nuuk observed, “A compilation of heat flux recordings from Greenland shows the existence of geothermal heat sources beneath GIS and could explain high glacial ice speed areas such as the Northeast Greenland ice stream.” The study has been published in the journal Nature.

Although the impact of increased surface air temperature on sea ice cover is well-established, this is for the first time that the ice loss has been linked to escaped heat from the Earth's interior.

How did the scientists arrive at this probability?

The researchers had embarked upon a survey of Young Sound fjord in Northeast Greenland. For ten years, they measured temperatures and salinity levels in the fjord, and observed that deep-lying water in the fjord, at a depth of between 200 and 335 metres, has gradually warmed over the last decade.

Further analysis revealed that a significant amount of heat is emanating from Earth's interior, which has been slowly warming the fjord's water. According to their estimate, 100 megawatts per square metre of energy was transferred from the Earth's interior to the fjord. There has been a gradual warming of the deep basin bottom water (below the depth of 240 m) at a rate of 0.017 °C each year from 2005 to 2015.

Their findings also suggest similar amount of heat being transferred to the bottom of the surrounding glaciers. This warming mechanism, according to the scientists, creates lubrication and accelerates glacial descent.

"There is no doubt that the heat from the Earth's interior affects the movement of the ice, and we expect a similar heat seepage taking place below a major part of the ice cap in the north-eastern corner of Greenland," said Soren Rysgaard, one of the scientists involved in the study.

According to Rysgaard, mass loss of the Greenland’s ice sheet is determined by a combination of factors:  higher temperatures in the air and the sea, precipitation from above, local dynamics of the ice sheet and heat loss from the Earth's interior.