Hot century ahead: India can’t beat the heat even if global warming is capped at 2°C 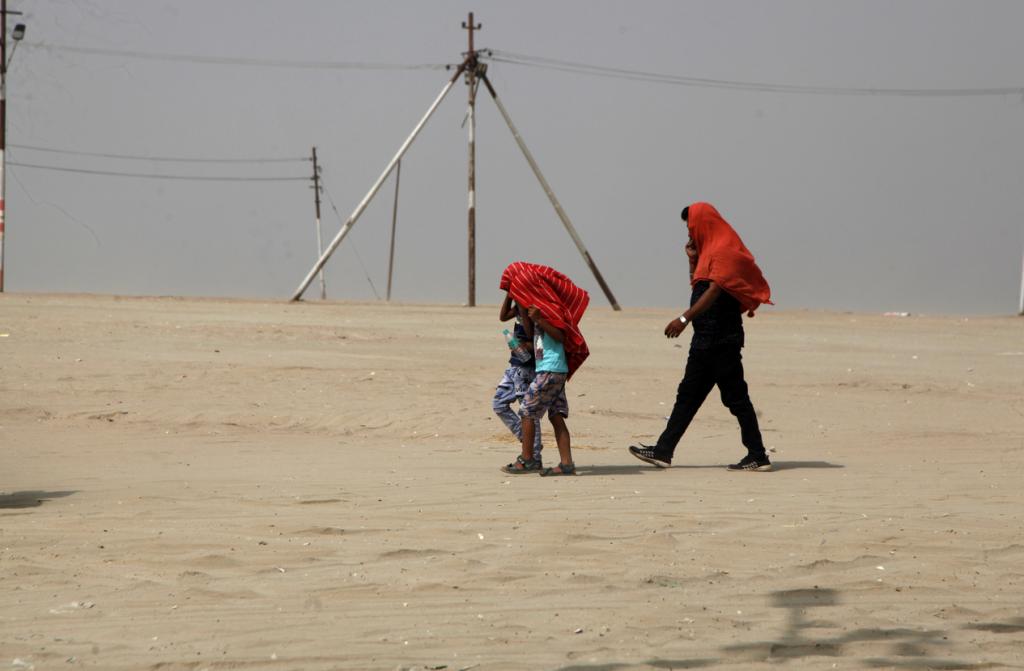 Extremely hot days may become the new normal in parts of India, even if global warming is restricted to two degrees Celsius (°C) above pre-industrial levels, a new study warned.

Uttar Pradesh, Rajasthan and Gujarat are likely to experience a few extremely hot days every year through 2100, projections from the study published in Communications Earth & Environment showed.

In the worst-case scenario, when the world fails to cut greenhouse gas emissions, extremely hot days could persist for weeks or months on end in the three states, the report added.

Extremely hot days occur when the heat index — a measure of air temperature and humidity — breaches 51°C. People have been warned against stepping out at any time during this period by experts.

Dangerous hot days arise when the heat index reaches 39.4°C, according to the National Weather Service. The federal agency provides weather, hydrologic and climate forecasts as well as warnings for the United States and its territories.

The heat index measures the impacts on the human body. It is the most basic indicator of heat stress, according to researchers from the University of Washington and Harvard University.

Parts of India could see as many as 100 dangerous hot days per year in 2050, the study warned. By 2100, such events could unfold across India.

India is a hotspot for these heat impacts, lead author Lucas Vargas Zeppetello, a postdoctoral researcher at Harvard, told Down To Earth.

“The recent heat wave in March-April this year was close to these thresholds,” he added.

Zeppetello and his colleagues made future projections for 2050 and 2100 using statistical methods.

They used three ranges: 5, 50 and 95 percentiles, representing the best case, most likely case and worst-case scenarios.

“If society limits carbon emissions successfully, we will approach the 5th percentile of possible outcomes, and if we do a poor job, we will more likely end up closer to the 95th percentile,” Zeppetello said.

The most likely outcome, according to him, is the 50th percentile.

First, they estimated the likely future range of CO2 levels. These values were then used to calculate the potential rise in temperatures and the impacts on future weather patterns.

The statistical approach “gives plausible ranges for carbon emissions and future temperatures”, said co-author Adrian Raftery, professor at the University of Washington, in a statement.

By 2050, northern India and major portions of the east coast will likely see more than 100-150 dangerous hot days in the best and the most likely scenario.

In the worst-case scenario, the findings suggested that dangerous hot days could exceed 150 days in Gujarat, Uttar Pradesh and Rajasthan.

Extremely dangerous days could engulf the nation in the most likely scenario by 2100, the study projected.

The southern parts of India, including the coast, where heatwaves are uncommon may also be hit in the future, the Indian study noted.

According to the new paper, dangerous days could double by 2100 in the tropics if warming is restricted to 2 degrees Celsius. Such conditions could persist for nearly half a year, it added.

In the same scenario, “dangerous” hot days will be 3-10 times more common by 2100 in the United States, Western Europe, China and Japan, the study highlighted.

The researchers hope to study the link between drought and extreme temperatures in the future. Currently, Europe is staring at a drought crisis, days after heatwaves swept the continent.