Hours ahead of Paris summit, US hints at a new climate regime

In an informal paper, the country prioritises the need to provide finance for countries 'that require it the most' 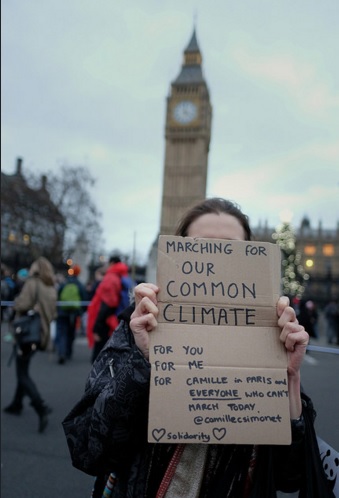 A few hours ahead of the Paris climate summit, the US has released an informal paper or a non-paper that essentially wipes out “differentiation”. It has called annexes-based differentiation between developed and developing, as given by the UN Framework Convention on Climate Change (UNFCCC), as “outdated” and irrelevant in contemporary circumstances. Equity and Common but Differentiated Responsibilities (CBDR) or Historical Responsibility, principles that are the kernel of United Nations’ framework, do not feature anywhere in the paper. Moreover, it advocates self-differentiation where countries choose their own climate targets that are differentiated from others (according to their national circumstances).

The paper, therefore, supports a completely bottom up approach, characterised by voluntary and nationally determined climate efforts or Intended Nationally Determined Contributions (INDCs) and not based on what countries ought to do or should do. It advocates collective action by all the countries to ensure that they are climate neutral or aiming to achieve net zero carbon emissions by the end of the century.

As another objective, the US supports a transparent system of reporting by countries on greenhouse gas inventories and also on their climate targets and their implementation. The reporting would then be subjected to a review to keep a check on implementation. The paper, though talks about enhancing targets, it does not mention any mechanism or reasons for intensifying the targets. Even carbon budget or equity has also not been mentioned.

Finance – a make and break issue in all the current climate talks – has also been casually handled. The text eliminates the responsibility of only developed countries to provide finance as it talks about financial contributions from all Parties that are in a position to do so, in accordance with their “evolving economic circumstances”. The paper prioritises the need to provide finance for countries that require it the most, thus paving a way for reintroduction of differentiation among developing countries. The same has also been mentioned in an earlier non paper released by the UNFCCC secretariat ahead of the Bonn climate talks, in October 2015.

On adaptation, the text talks about a quantitative goal for all countries to reduce their vulnerability to climate change. The provision of support (in form of monetary, capacity and resilience building) has been made available for countries that are most vulnerable, and not for all developing countries. Loss and damage is nowhere to be found in the text.

To sum up, the US objectives completely eliminate differentiation, equity, and historical responsibility. The paper reeks of the northern agenda that strongly attempts to re-write the Convention and start a new climate regime that on paper may be said to be under the UN framework, but in reality would be altogether a new climate regime where developing countries would be heavily marginalised and would bear the burden of addressing climate change.