There is belief among some that climate change drives human displacement, but research in Malawi suggests otherwise 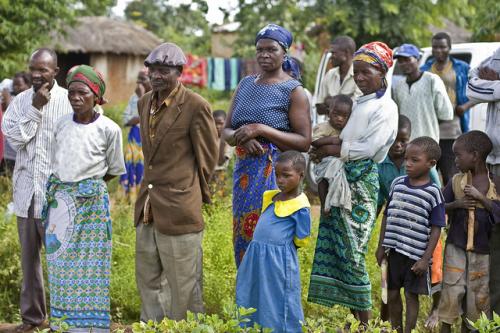 People are migrating on a scale unseen before. In Africa, countries like Somalia and Libya are losing hundreds of thousands of people. People are making the perilous crossing to Europe or heading to South Africa in droves.

It is easy to forget that it was migrations from Africa that populated the world. First, Homo erectus left about two million years ago. Then, about 100,000 years ago, Homo sapiens spread from Africa to Asia, eventually populating the most remote corners of the earth.

It is believed that many of these early mass migrations were caused by changes to climate and food supply. Could future climate change drive a similar mass migration?

There is strong evidence linking climate change to more heatwaves, heavier rainfall events, and increasing drought intensity and duration. This is clear in the latest Intergovernmental Panel on Climate Change report. The report also details how these changes affect crops and food supply. Cereal crops are particularly vulnerable to heatwaves, meaning that areas suitable for production will decrease across much of Africa.

Tropical climates do not typically vary much in time and are generally quite predictable, so even today’s modest climate change is enough to break temperature, drought and rainfall records. Therefore climate change poses a real threat to food security of the region, and poorer countries are generally the most vulnerable. The world is also seeing more migration than ever before. It is therefore tempting, at least in part, to blame climate change for the massive displacement of people we see today. But does it?

Research by Colin Kelley and his colleagues implicated climate change in the Syrian conflict. This led to something of a media frenzy, with speculation rife that global refugee crises driven by climate change would become the new norm.

But the research literature has not made firm conclusions about the impact of climate change on migration.

Migration takes many forms and can have many social and economic drivers. Nevertheless, it is expected that climate change will have some effect on human movement. As such the Paris agreement on climate change requested that a task force be established to tackle human displacement.

What is clear is that it is difficult to generalise when it comes to migration. So we need to dig deeper if we want to make progress in understanding these links.

A Malawian case study finds a connection between migration and climate change – but it is the opposite of what we had anticipated.

Our latest paper is based on 255 in-depth interviews with rural and urban focus groups in Malawi in which we tried to understand how Malawians might react to climate change. We explored rural-to-urban movements and return movements within the country.

Generally, our findings confirmed those found in previous work: individuals within populations move, rather than whole populations; and these individuals move for many complex reasons.

We tested two types of climate-driven impact: a long-term decline in harvests and a sudden acute shock to the system. Rather than climate changes forcing people into urban areas, as is believed to be the case in Syria, we found that in both cases climate change would make people less able to move.

A long-term decline in harvests would undermine livelihoods and thus decrease people’s ability to move because of a lack of resources to do so. Also, in a country like Malawi many people move to the city to sell agricultural products, firewood gathered in the forest or handicrafts. If climate change undermines the productivity of the rural environment, the rationale that currently drives some urban migration could be eroded.

Our data also noted that people’s aspirations to migrate would not generally be affected by climate change – only younger, more affluent farmers would in the event of climate change aspire to move to the city. With a climate shock, both aspiration and capability for moving would be reduced. Aspiration is reduced as urban prospects are reduced by a climate shock due to Malawi’s agriculture-based economy.

Our findings for Malawi indicate that climate change will make the country poorer and its people more static. This represents a demonstrable effect of climate on population flows, even though it is contrary to our original hypothesis. More affluent populations in other countries would have more capability to move in response to climate change, so it will be interesting to conduct interviews elsewhere too.

But the bigger question we should ask ourselves is whether migration is necessarily a bad thing. It may increase resilience of populations. In the long run we may even contemplate employing resources to encourage and plan migrations as part of an adaptation policy to limit the impact of future climate change.