How to manage disasters: Assam officials visit Odisha to learn 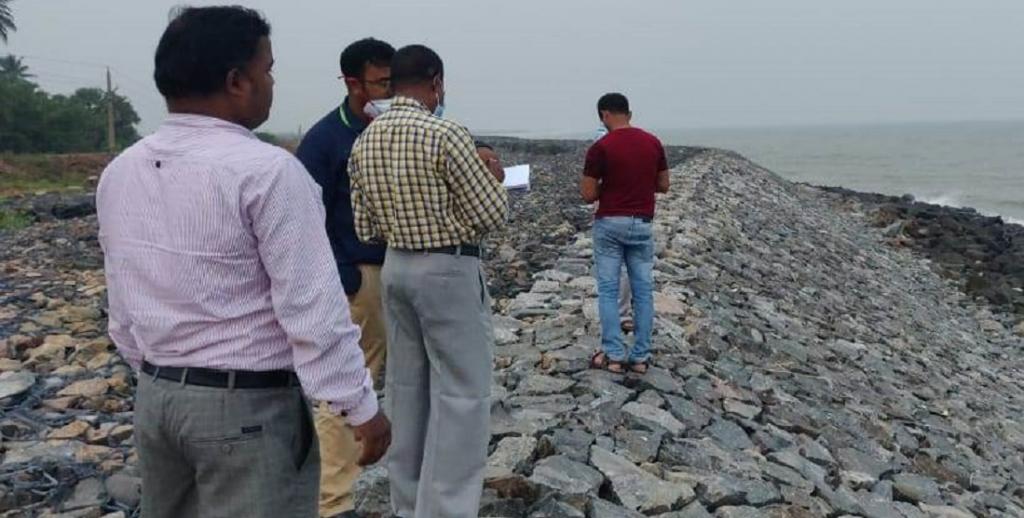 A three-member official team from Assam visited the cyclone-prone coastal areas of Kendrapara and Puri districts in Odisha November 16-17, 2021 to learn how the state has come to effectively master cyclone-preparedness and management.

The team visited the cyclone shelter centres at Khamarasahi, Dangamal and Prasanpur and the geo tube seawall at Petha under the Rajnagar block in Kendrapara district.

They also inspected cyclone shelters in the Gopa and Astaranga areas of Puri district.

“The team also held discussions with the officials of the Odisha State Disaster Management Authorities (OSDMA) at Bhubaneswar on various aspects of disaster management,” Satyabrat Padhi, the capacity building coordinator of OSDMA, said.

“Like Odisha, Assam is also very prone to natural disasters such as heavy rains, floods, river erosion and earthquakes. During our interactions with the officials, locals and others, we gathered first-hand knowledge about the disaster management of the administration in the pre- and post-cyclone and flood periods,” Nava Deka said.

Odisha has been recognised as a role model across the country, for its excellent disaster management techniques to tackle different natural disasters in a successful manner. This is why we visited Kendrapara and Puri, Deka added.

Assam will build 13 multipurpose flood shelters soon on the lines of those that we saw in both the districts, Deka said.

“Community participation to manage cyclone shelters and other disaster management works are excellent in Odisha. We learnt many lessons about the management of natural disasters during our visit to both the districts,” Taluakdar said.

Padhi told the officials from Assam that Odisha had learnt lessons from the 1999 Super Cyclone when around 10,000 people perished.

“The state government managed to reduce human deaths during Cyclone Yaas by evacuating around 700,000 people from the seaside areas in May 2021. The authorities also made people aware of the areas which were vulnerable and saved many lives. Today, Odisha is a global leader in disaster management and risk reduction,” Padhi added.

The OSDMA is working with different stakeholders for sustainable development practices that will reduce disaster risk and increase the wellbeing and safety of the people, Padhi said.

“Our vision is to build Odisha Disaster Risk Management and Climate Change Adaptation capabilities with our partners and coordinate response and recovery operations in order to protect the people, environment and economy and ensure a disaster resilient Odisha,” he added.