IMD predicts a warm winter in some regions despite La Nina

IMD observed in its temperature outlook that even though weak La Nina conditions are prevailing right now in the equatorial Pacific Ocean, they may strengthen during the winter season 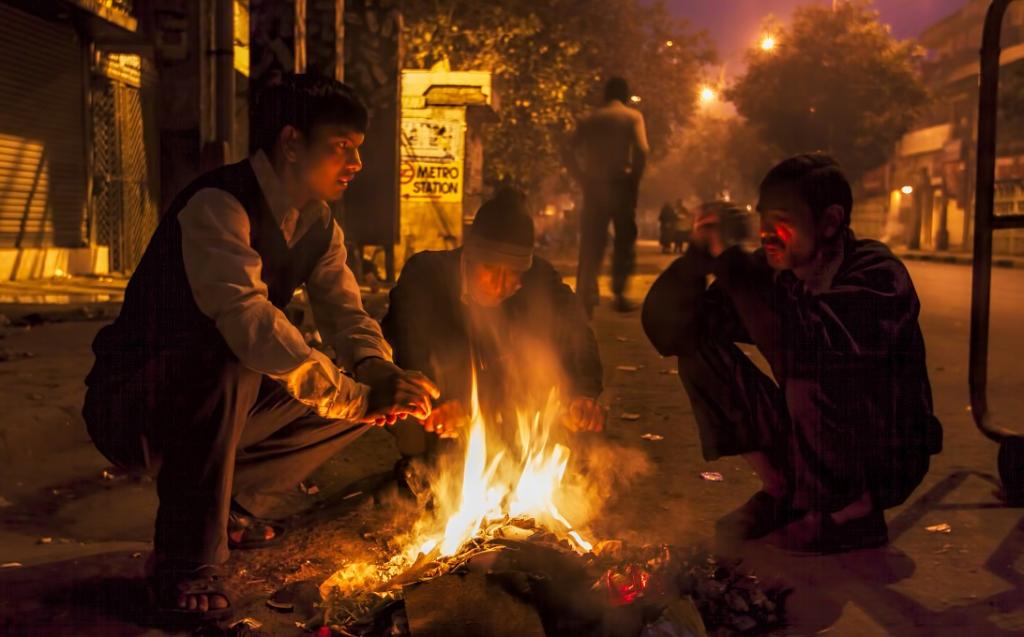 Winter this time may be warmer-than-normal in many regions of India, the India Meteorological Department (IMD) has said in its temperature outlook for the winter season published December 1, 2021.

The outlook said the whole of North East India, Jammu and Kashmir, most parts of Himachal Pradesh, Uttarakhand, Odisha, Tamil Nadu and some northernmost and southernmost parts of Andhra Pradesh may experience above normal minimum temperatures from December 2021-February 2022.

Minimum temperatures are usually recorded during the night or early mornings. The probability of this happening is between 35 and 75 per cent for different areas. 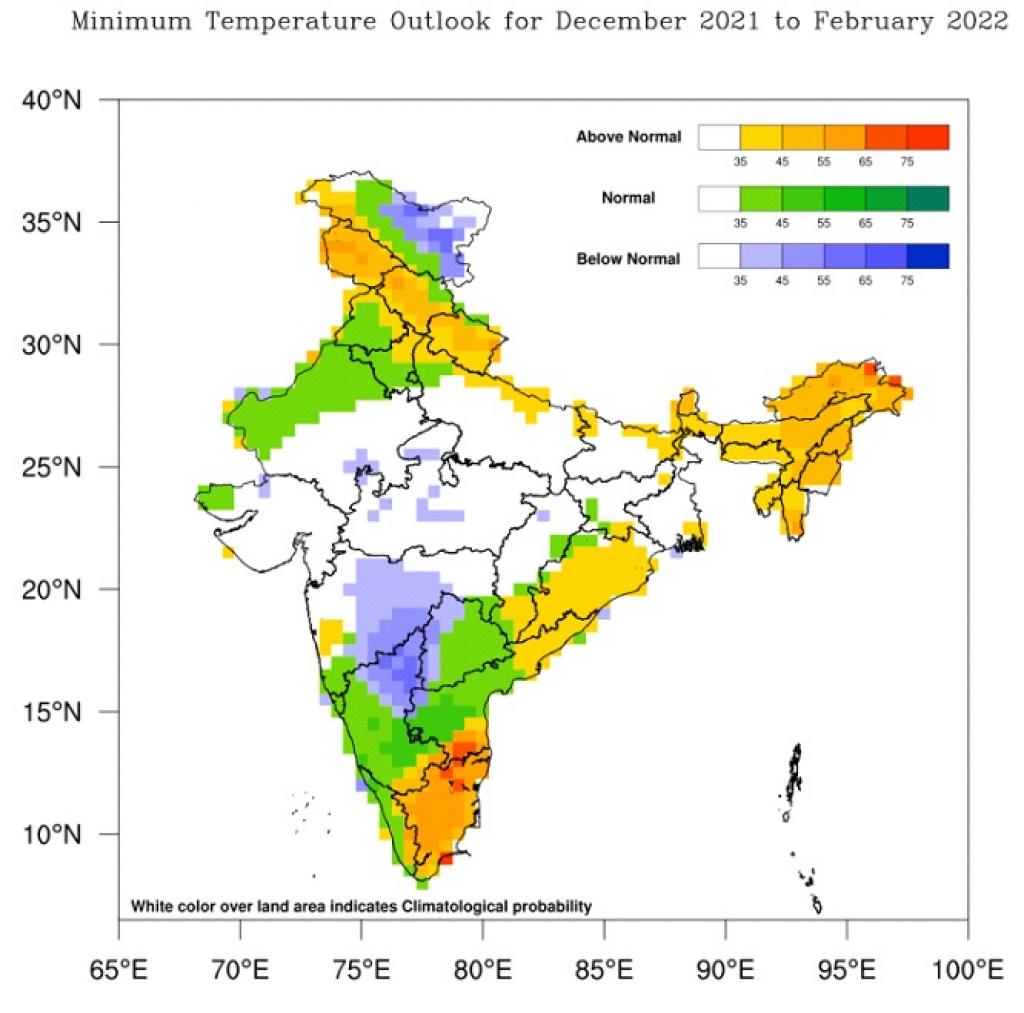 IMD predicted higher-than-normal maximum temperatures for the whole of North East India, Jammu and Kashmir, Himachal Pradesh, most parts of Uttarakhand and some parts of Ladakh, Rajasthan, Punjab and Haryana.

Maximum temperatures are generally recorded during day time. The probability of this happening is more than 65 per cent in North East India and between 35 and 65 per cent for the rest of the regions. 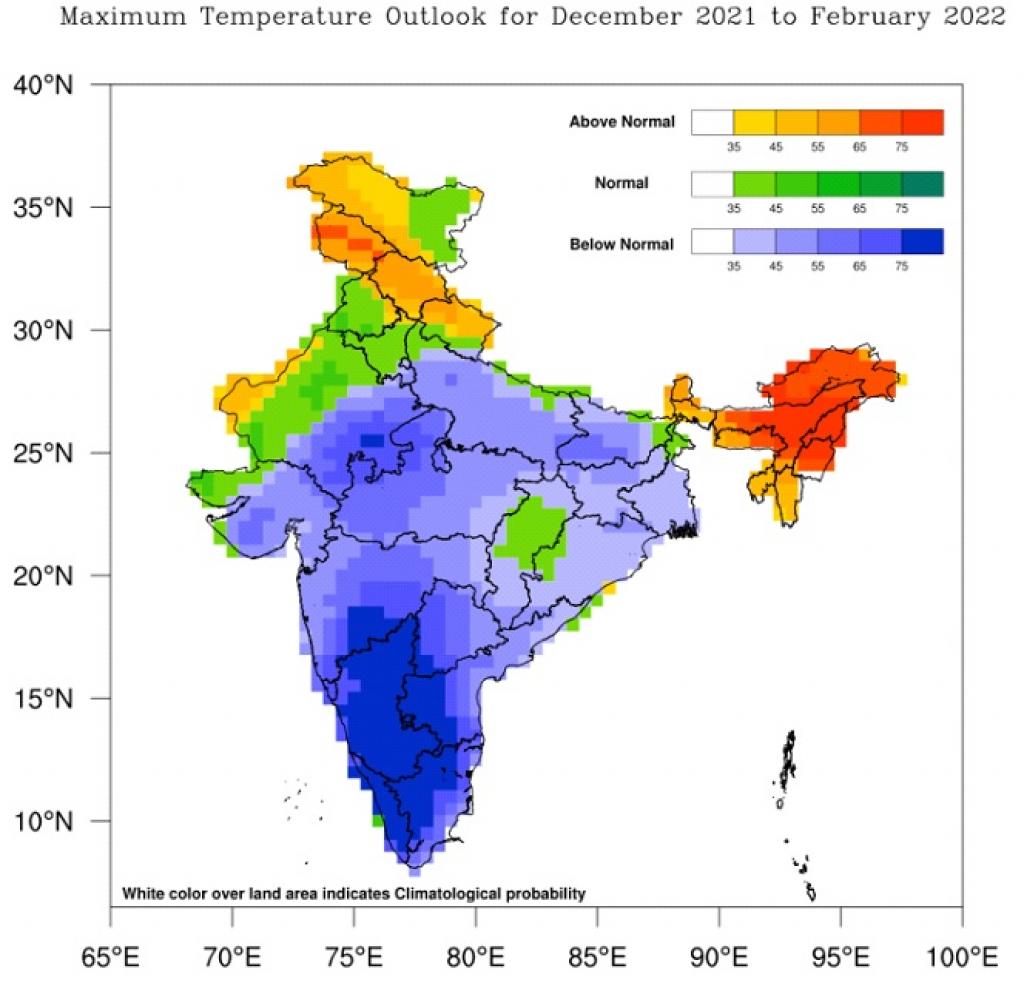 These regions comprise of most of the mountain and hill areas of the country. They host all of India’s glaciers where warmer temperatures could cause less snowfall or faster melting.

They are also home to some of the most bio-diverse forests in the world where warming could disrupt ecological balance and impact behaviour of plants and animals.

The rest of India would be experiencing a normal or colder-than-normal winter season. IMD predicted lower-than-normal minimum temperatures over some parts of Maharashtra, Karnataka, Telangana and Ladakh.

Lower-than-normal maximum temperatures may prevail over the entire southern peninsular region, most parts of central and eastern India and some parts of western India. Southern India would also witness a wet winter as IMD has forecast above normal rainfall for December.

The forecasts for temperatures over these regions are in contrast with what was expected, mainly because of the prevailing La Nina conditions in the equatorial Pacific Ocean.

The sea surface temperatures over the east and central Pacific Ocean become cooler-than-average during La Nina. This affects the trade winds flowing over the ocean surface through change in wind stress.

The trade winds carry this weather disturbance elsewhere and affect large parts of the world. In India, the phenomenon is mostly associated with wet and cold winters.

The association seems to stand true for rainfall in India in terms of forecasts and the observations being made. Overall, the country has received 50 per cent more rainfall than normal as of December 2 and 61 per cent of districts have received excess or large excess rainfall.

Southern India has been witnessing continuous rainfall for the past two months. The region has received 388 mm rainfall between October 1 and November 24, which is 63 per cent higher-than-normal for this period of the year.

IMD observed in its temperature outlook that even though weak La Nina conditions are prevailing right now in the equatorial Pacific Ocean, they may strengthen during the winter season.

La Nina re-emerged in October, after it had faded away during the spring season of 2021. It has been dubbed as a ‘double dip’ by the National Oceanic and Atmospheric Administration of the United States.

Warmer-than-normal minimum temperatures have been observed despite La Nina conditions over central, north and north western India on many days, even though the regions do not feature in IMD’s forecasts.

The World Meteorological Organization has said in a press release that despite the cooling influence of the La Nina phenomenon, “temperatures in many parts of the world are expected to be above average because of the accumulated heat trapped in the atmosphere as a result of record high levels of greenhouse gases.”

This means that the impacts of global warming are now able to offset effects of a naturally occurring phenomenon like La Nina.